My tribute to Acharya Ramanuja Devanathan, a Sanskrit scholar like no other

While I was in awe of @iksusara's scholarship, I will remember him more for his outlook, his attitude and his intellectual generosity.

On January 7 this year, I woke up to a shattering message from Vinayak Rajat Bhat, informing me "Acharya has left us". I couldn’t believe it. I didn’t want to believe it. And all of that day I continued to think there must be some mistake.

It was only when his son replied to my condolence message and information about his antyesti was shared that the tragic truth began to sink in. Acharya, as we called him - not just out of respect but also affection - had indeed left us. @iksusara joined Twitter in February 2013, and in these few short years he touched the lives and hearts of thousands of followers.

Born in April 1959 in Aheendrapuram (Cuddalore district) of Tamil Nadu, he devoted his life to the study of Sanskrit and at the time of his death was the principal of Rashtriya Sanskrit Sansthan, Jammu.

Details of his academic and working life are mind-boggling. His special fields of study were Vyakarana, Nirukta, Chandas, educational psychology and cognitive psychology. He was fluent in eight languages and a prolific scholar. But each one of us comes away with a special essence of the human being.

While I was in awe of his scholarship, I will remember him more for his outlook, his attitude and his intellectual generosity. Surely there are many scholars. But there was only one @iksusara. And it bears keeping in mind that his generosity more often than not was for people he hadn’t even met.

He never once turned away a Sanskrit query, no matter how trivial and no matter from whom. While others might reply to a query with a yes, no or maybe, he would take the time to write up a full explanation on his blog and send us a link. He tailored the response to the capacity of the questioner.

If s(he) was a beginner, the answer would be in simple English, not burdened with grammar. His ability to grasp what we would or could not understand was astounding. Despite being so stretched for time, he never let a single query go unanswered. Sometimes the answer came after a couple of days - but once Acharya had ''favourited" your tweet, you knew you would not be disappointed. 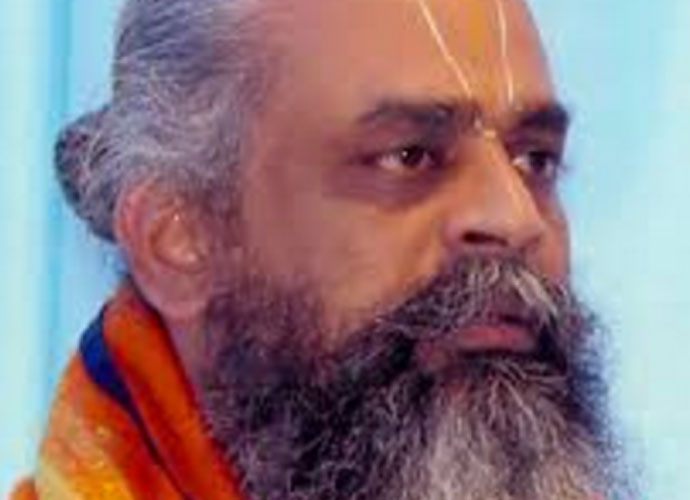 Acharya always led by example, never by censure. He never took upon himself to lecture anyone publicly or privately. I’ve been known to have an unreasonable hissy fit or two… never once did he try to correct me - which made me feel more foolish than if he had.

In the fractious and sometimes toxic pool that is Twitter, like a true paramahama he remained untouched by the bickering and squabbling. And he never took sides. No matter what our politics or our differences, we were all alike to him.

His only yardstick, if there was one, was our commitment to Sanskrit. He focused only on the positive and wasted not one moment on the negatives in all of us. And privately he would address our disagreements in a way that we all came out feeling like winners.

He took #SanskritAppreciationHour under his wing - giving the team all of his encouragement, time and guidance. But he was shrewd as well, as we discovered. He could tell right away when we were genuinely stuck or just hadn’t done our homework and were looking for a quick fix.

We’ve compared notes and all of us know this - he never wrote back when we’d been lazy! He gave generously of his time and knowledge to complete beginners – at the same time he supervised scores of scholars through higher studies, including PhDs. I like to think he gave them equal importance. Because he knew that from among these saplings, mighty vatavraksas like himself may one day grow.

When the Sanskrit Hour book (StotraRanjani) was commissioned, he was there for every stotra, for every verse. In fact he named the book. He was not contractually obliged to help us, yet, day after day for nearly a year, he was on call for us. We took our disputes and disagreements to him. And his word was the final word for all of us.

There were tricky questions about meter, the use of certain words that were not part of classical Sanskrit and of course the grammar. He patiently sorted each word out - without insulting our intelligence, without making us feel any smaller for asking. When the book was published, not once did he ask why his name was not mentioned as consulting editor, which I had told him it would. Not for a second his behaviour changed towards me or the effort because of this oversight.

I cannot end this tribute without a personal word. In losing Acharya, I’ve lost a friend, a guardian, a teacher, and a touchstone. In our private messages to each other at #SAH, the outpouring of grief is equally shared. Some of us knew him longer than others, but we are all bereft, absolutely shattered by his loss.

Already, we don’t know who to turn to when we disagree. He was a rock we clung to in this turbid pool. He gave us strength and stood by us, no matter what our proclivities, our goals, or paths. He was the sacred canopy all of us took shelter under.

That there will ever be another Acharya like @iksusara is beyond belief at this moment.

Also read: On the 'return' of Sanskrit

#Ramanuja Devanathan, #Sanskrit
The views and opinions expressed in this article are those of the authors and do not necessarily reflect the official policy or position of DailyO.in or the India Today Group. The writers are solely responsible for any claims arising out of the contents of this article.