Brutal incidents across schools have left everyone shocked.

In the past few weeks, some brutal incidents in schools across Mumbai, Thane and Navi Mumbai have perturbed parents like me a lot.

Earlier this month, a five-year-old girl in Mumbai lost her little finger after her teacher slammed the door shut on her hand. Soon, a blame game ensued as her parents alleged that the school authorities instead of rushing her to hospital waited for them to come and take the child home.

In another incident last week, a seven-year-old girl in Thane ended up with a bald patch on her head after her teacher mercilessly pulled at her hair. While nothing can justify such a brutal act, the teacher was reportedly punishing the student for failing to deposit her school fees.

There are more horrifying stories. 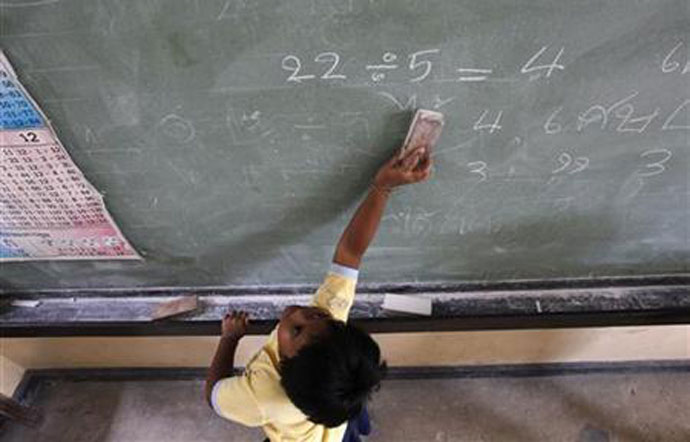 In Navi Mumbai, a 49-year-old teacher was booked for inappropriately touching an 11-year-old student on January 6. In another incident of sexual abuse last year, a 13-year-old girl was found to be pregnant after being raped by her teacher.

We can't brush off these incidents as a "few stray cases" because none of the schools have/had taken any action against the erring teachers. What's more, even the police didn't take the complaints of parents seriously, forget about taking action against the culprits.

And this is what is scaring parents to no end. If there is no one to question the action of teachers, how can students feel safe? If such teachers are let off scot-free, would it not encourage more such incidents?

Why are teachers not held accountable? Are they not responsible for the well-being of students?

Why should such an irresponsible system not worry parents?

While I was expressing my fears to one of my neighbours, who has two sons old enough to go to school, she told me that she has been thinking of homeschooling her children.

Yes, homeschooling certainly sounds safe, but is that the only option left? After all, schools are not just about formal education (and degrees). Children are sent to schools so that they pick up some social skills as well. Do school authorities really take their role seriously?

With such callous schools (management and teachers), I really don’t blame my neighbour for taking that decision.

#Education, #Children, #Schools, #Homeschooling
The views and opinions expressed in this article are those of the authors and do not necessarily reflect the official policy or position of DailyO.in or the India Today Group. The writers are solely responsible for any claims arising out of the contents of this article.