As leaders drop their finesse and reach for their cuss words, a naked hatred for civility in our politics becomes obvious.

Congress MP Shashi Tharoor’s latest salvo at Prime Minister Narendra Modi was presented as a quotation from "an unnamed source in the RSS".

He in fact cited a 2012 article to quote the RSS source, appparently saying that PM Modi was "like a scorpion sitting on a Shivling. You cannot remove him with your hand and you cannot hit it with a chappal either".

Has Tharoor said what he wanted to by quoting an ''unnamed RSS source''? 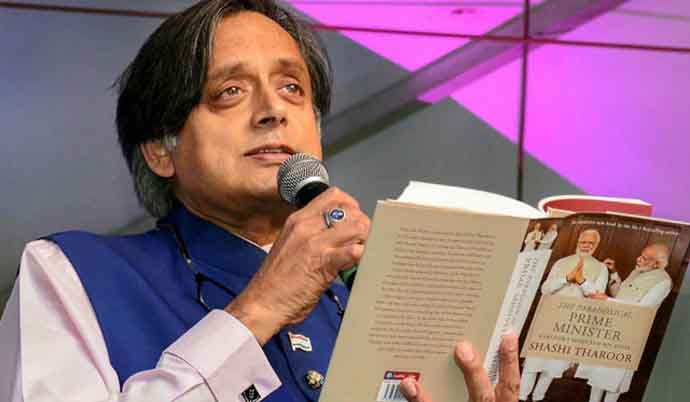 There are certain quarters that do try off and on to make a case for 'cursing’ and even suggest using foul language is a good thing. Benjamin K Bergen, author of What the F: What Swearing Reveals About Our Language, Our Brains and Ourselves, said the paradox is that it’s that very act of "suppression of the language that creates those same taboos for the next generation".

A jibe here, a taunt there have for long been considered hallmarks of most political rivalry. There is also a misconception that the more pathetic a jibe, the greater the harm it tends to cause as it’s only then that the knives come out.

There is a flip side though, one that politicians tend to ignore — that, with a pathetic jibe, they in fact end up only exposing themselves.

To the electorate, Mani Shankar Aiyar’s direct jibes at the PM, where he called him a “chaiwala” and a “neech aadmi”, to Tharoor’s roundabout dig, by quoting ''unnamed sources'' put on display a complete lack of basic courtesy in our political discourse.

For as long as I can remember, one was taught that using 'curse words' or derogatory language betrays a pretty bad upbringing, or, in the very least, a bad vocabulary. Shashi Tharoor is not someone who is blessed with a bad vocabulary. On the contrary, Tharoor’s politicking is marked by his dexterous use of elaborate words, strung eloquently together, that usually suggest nothing that their more common synonyms couldn’t.

However, even though he has tried to identify with the ‘commoner’, it didn’t have many takers. Nearly a decade ago, at the onset of his public life, Tharoor had infamously tweeted how he would travel “in cattle class out of solidarity with all our holy cows".

In recent times, we seem to have fallen prey to dumbing down our own discourse by resorting to the use of cuss words in the hope this will give us an upper hand in a conversation that's going spirally downwards. Countless examples of this trend can be seen daily on television news debates or social media, and it’s just not the inveterate “troll” who indulges in this, but also some of the most respected leaders in respectable positions across the world.

It was one thing to hear a barrage of cuss words and slurs being hurled at PM Modi by leaders of parties currently out of power (like Aiyar’s “neech aadmi” reference) but it’s quite another thing to see the “poster boy” and “charmer” Shashi Tharoor, a former career diplomat, to take to this arena of muddy slur-hurling.

In fact, Tharoor cuts a rather sorry figure as he appears to have embodied Noble laureate and pop culture chronicler Bob Dylan’s lines from his iconic song Like a Rolling Stone that go: "When you ain't got nothing, you got nothing to lose".

He probably summed up the sorry state of affairs the Congress is in right now.

They don’t have much to lose, and thus, everything can only translate into electoral gains.

Studies also suggest that those who indulge in profanity end up truthfully conveying their emotional stance. Thus, it’s safe to assume that politicians are probably becoming truthful about themselves and perhaps, their masks of decency are finally off - does their real hatred for civility now stand exposed?

More than an indictment of Narendra Modi, could Tharoor’s new book, The Paradoxical Prime Minister, be a paean to his own missed opportunities? From 'brilliant charmer' to often-sidelined neta, Tharoor has been quite a paradox himself. (Credit: IndiaToday.in)

In March last year, there was a signature campaign that petitioned Tharoor to be announced as the UPA’s PM contender in 2019. Therein lies a paradox. Or so it seems.

An erstwhile international diplomat, Tharoor, known, as mentioned, for his knowledge and vocabulary, has also come under the shadow of more than one troubling episode, including a reported $330 million IPL controversy and being charged by the Delhi Police for allegedly abetting the suicide of his wife, Sunanda Pushkar.

Given the baggage that Shashi Tharoor appears to carry, who would be a more apt, even a textbook illustration of the word 'paradoxical'?

On a lighter note, given the fun around jibes in ‘literary’ political discourse, what would be better than to delve into Bollywood and end on these prophetic words — “Saare badan men zehar chadh gaya, bichhu lad gaya, bichu lad gaya.”

Also read: The BJP is blasting Shashi Tharoor over 'Hindu Pakistan' remark, but why has the Congress abandoned him?

Post your comment
#RSS, #PM Modi, #Shashi Tharoor, #Paradoxical politician
The views and opinions expressed in this article are those of the authors and do not necessarily reflect the official policy or position of DailyO.in or the India Today Group. The writers are solely responsible for any claims arising out of the contents of this article.