Sukma massacre: Why everyone blames Standard Operating Procedure in a tragedy

People in power have no idea about my existence.

My name is Standard Operating Procedure. You can call me SOP.

You will hear about me whenever something goes terribly wrong or a tragedy strikes. Many carry the impression that my tribe is the cure to all ills.

Now I am not simply called SOP. That’s too generic. I have a special number assigned on file but mentioning that may make matters too technical.

Well, I was born as a two-page letter on August 3, 2010, at the hands of a clerk who worked for the then special secretary (internal security) Mr UK Bansal. In my early moments, I recall Mr Bansal sending me from his chamber located on the first floor of the North Block which houses the ministry of home affairs (MHA) to the headquarters of the Central Armed Police Forces (CAPFs) like the CRPF, Border Security Force (BSF) and the Indo-Tibetan Border Police (ITBP).

Why was I created and what was the message I carried?

Back in 2010, home minister Mr P Chidambaram was said to be serious in securing the Left-wing extremism (LWE)-affected areas. These were sizeable parts of central and eastern India where rebels from the outlawed Communist Party of India (Maoist) were wreaking havoc. Once when I was lying on the desk at an office I heard how four months before I was born, Maoist rebels killed 75 men from the Central Reserve Police Force (CRPF) and one policeman in a single attack in Chhattisgarh’s Dantewada district!

The government’s efforts however hit a roadblock when they realised that the local police forces in their states had neither the training nor the numbers to take on the Maoist insurgents who called the jungle their home. So, till the police could build themselves up, the CAPFs would help them with numbers and fire power. It was to be a partnership.

As time passed, Mr Bansal, a 1974-batch Indian Police Service (IPS) officer from the Uttar Pradesh cadre, wasn’t very happy about how this partnership was progressing. The CAPFs, which did not belong there, did not know the region or for that matter even the local language, felt like foreigners. The local police on the other hand did not suffer these disadvantages but they did not participate enough. The Maoists exploited this. They killed many of our men. 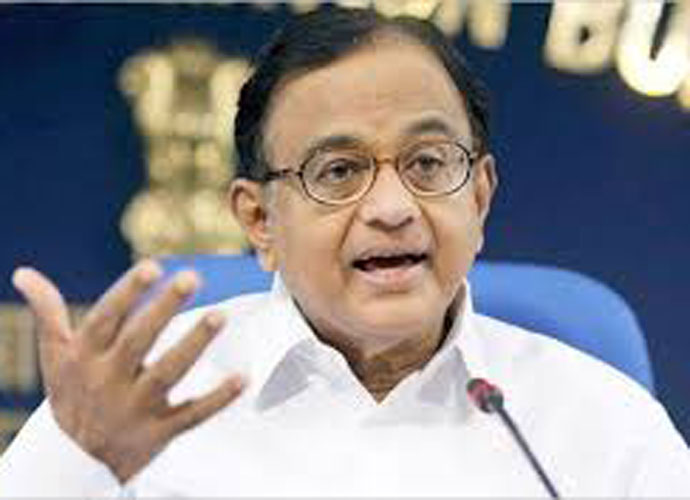 Back in 2010, home minister Mr P Chidambaram was said to be serious in securing the Left-wing extremism-affected areas. Photo: India Today

On my two pages, Mr Bansal had written that for every one policeman participating in an operation, two men from CAPFs would do so too, thus maintaining a ratio of 1:2. He revised it to 1:3 later for "any planned operation". Only in case of an urgent operation could reduced police participation be allowed. You see the point he was making?

Have you wondered how many policemen participated in the "planned" operations to support road construction in Bhejji on March 11 and in Burkapal on April 24 where the CRPF lost 37 men? Two constables in Bhejji and one in Burkapal! This despite the MHA recently stating that there are "over 20,000 state police personnel" and "45,000 central forces personnel" posted in there.

People in power have no idea about my existence.

When journalist Jugal Purohit went about asking, here is what he found:

- Sudeep Lakhtakia, Additional Director General, CRPF: I will have to check up.

- The spokesperson of the MHA did not offer any explanation.

This is my reality.

Someone sitting removed from the actual situation thought about me and pushed me down the throats of others who had their own ideas. Then when something went wrong, newer people came together and created newer SOPs. Lessons were seldom learnt. I remain forgotten.

Contrast this with our enemy who bears the name of a foreigner who died more than 40 years ago. That enemy deploys his tactics and remains guided by his doctrine even today. He hasn’t forgotten.

#CRPF, #Maoists, #Sukma attack
The views and opinions expressed in this article are those of the authors and do not necessarily reflect the official policy or position of DailyO.in or the India Today Group. The writers are solely responsible for any claims arising out of the contents of this article.