Yes, Tarun Vijay, all South Indians are black. Thank you for accepting us

It's really the best you could have said.

"If we were racist, why would we have all the entire south... Tamil, Kerala, Karnataka and Andhra... why do we live with them? We have black people around us." These words have created quite a furore.

For a thinker, journalist, author and parliamentarian (according to his Wikipedia page), Mr Tarun Vijay certainly did not put much thought into this laughable comment and he was, perhaps, the worst choice when it came to defending India's image.

Tolerating black people all around may be a big task for some, but one really wonders what the fuss is all about when it comes to skin colour. And thank you Mr Tarun Vijay for bringing attention to this issue, although you did it in a way the joke's now on you.

Firstly, although you seem to be fairly close to Tamil literature with your love for Tiruvalluvar's Thirukkural, you seem to know little about both the South and the North.

There are a lot of dark-skinned north Indians and a lot of light-skinned south Indians. 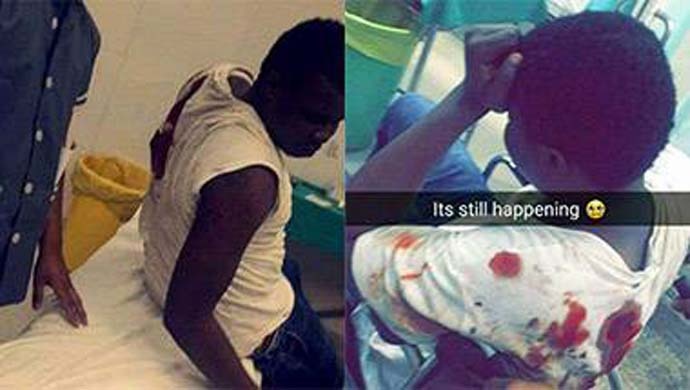 Now let me tell you what's really racist. For centuries, anyone black has been portrayed as evil in our culture. Raavan was black and so was his sister Surpanaka.

In fact, the rakshasas are said to have had dark skin in mythology. When Parvati turns into Kali (literally meaning black), a form in which she is naked and adorned with skulls and no longer benign or nurturing but more violent, she is black.

Black denotes everything people fear, don't understand and consider bad. And the same has been extended to people who are dark-skinned.

Here's what is even worse.

Within south India, or north India for that matter, these differences exist.

But conveniently, over the years, the dark-skinned were assigned to castes that are considered lesser and the light-skinned assumed superiority. They either belonged to a higher caste or were Brahmins. Our history of a deeply entrenched caste system is, in itself, racism.

Racism is not just about disliking someone who is different. It is systematic oppression that entails telling a segment of the population they deserve less and are less than the others. Indians are clearly racist.

Since you are an author and journalist yourself, Mr Vijay, you probably know this better than I do that, for centuries, people of certain castes in India have been told they are lesser in innumerable, abominable ways. By denying access to public places, places of worship, practising untouchability, denying access to education or even humiliating women of certain castes by not allowing them to cover up their bodies.

Kerala used to impose a tax on women from lower castes who covered their breasts because clothing was considered a sign of wealth they were not entitled to.

If this is not racism, I don't know what is.

You are also among the leaders of a country where the privileged are signing petitions to abolish reservation even as we read reports of children from lower castes being denied education in the same schools that children from upper caste families frequent.

And all that Mr Tarun Vijay could say in his defence of Indians not being racist is that we live with black people. In his defence, that really is the best he could have said.

#Afrophobia, #Racism, #South India, #BJP
The views and opinions expressed in this article are those of the authors and do not necessarily reflect the official policy or position of DailyO.in or the India Today Group. The writers are solely responsible for any claims arising out of the contents of this article.