You're not a Muslim when you're raped and killed, only when divorced

Triple talaq is a small blip on the road to justice for all.

In her genre-bending essay "Can the Subaltern Speak?" (1983), literary theorist and feminist critic Gayatri Chakravorty Spivak had interpreted the relationship between the coloniser and the colonised, especially the colonised women, with an epic sentence: "White men are saving brown women from brown men."

Writing in the context of the British colonisers banning the Hindu practice of Sati, Spivak argued that the western imperative to "reform" the colonised, a project which is never innocent, is produced in order to support western interests. That critical thinking about the "other" tends to articulate its relation to the other within the hegemonic vocabulary.

Borrowing the same theoretical tools from Spivak, it can be easily argued today that, in the context of the brouhaha over triple talaq, brown (mostly Hindu) men are saving brown Muslim women from brown Muslim men.

It's a valid framework given the fact that Project Hindutva, in the many ways it has manifested itself in India, is also a colonial project that seeks to create, by the force of law or otherwise, a certain subject out of every Indian, especially its Muslims.

The marginal issue of instant triple talaq, prevalent, as the statistics suggest, among a miniscule 0.3 per cent of Indian Muslims, is an interesting case study on how this project moves forward. The benign State, with its many institutions including the judiciary, has come to the rescue of brown Muslim women oppressed by their men.

As the benign state and its pet media pats itself on the back for "liberating nine crore Muslim women", please take a moment to think of Muslim women, who have faced the brunt of the same project and then denied justice by the same State.

So, are you an oppressed Muslim woman only when you're divorced? What about the hundreds of them brutalised, raped, and either killed or left to die by the protagonists of the same project? What about the Bilkis Banos, Zakia Jaffris, Kousar Bis, and Ishrat Jahans of the same Muslim world?

The same people who hailed the Supreme Court verdict today as "historic" and a "powerful measure for women empowerment" have blocked, with all their might, any access to justice that the victims and survivors of the so many massacres against Muslims have made in the past few decades. 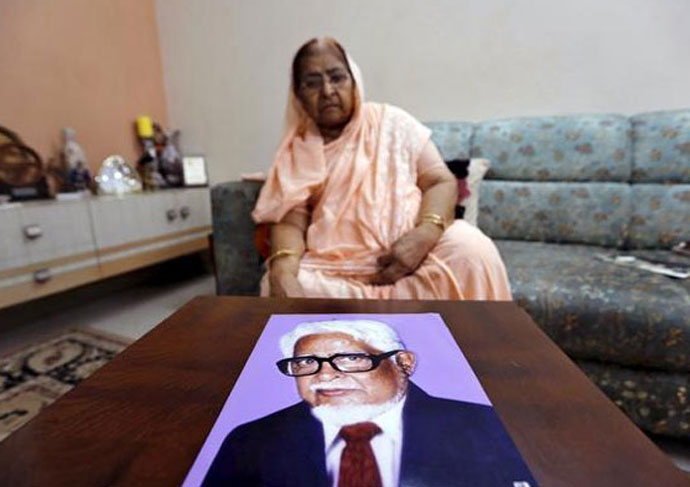 One of the major markers of those massacres - Gujarat, Muzaffarnagar, Bhagalpur, or elsewhere - was systematic and organised rape and killing of Muslim women in order to humiliate and demoralise Muslim men.

Forget justice. Those women, languishing in the many relief camps all over Gujarat, were greeted with barbs including "child-producing factories" and "hum paanch, hamare pachees" by the same man who has today hailed the instant triple talaq verdict.

One only has to follow the long journey of Zakia Jafri as the 80-year-old woman takes on the might of the same state in seeking justice for the murder of her husband and dozens of others in 2002.

Hegemony, as Spivak saw it, prevents the dominant and the powerful from any scrutiny. The bogey of triple talaq may lead to a more uncomfortable discourse towards Uniform Civil Code. The regime, suspected and feared today, will instead seek to validate itself as the saviour of all Indians, Muslims included.

But when it comes to Uniform Civil Code, a note of caution by the Supreme Court in 1995 deserves a mention: "The desirability of uniform civil code can be hardly doubted but it can concretise only when social climate is properly built by the elite of the society and the statesmen, instead of gaining personal mileage, rise above and awaken the masses to accept the change."

The government can begin to create that climate by making sure not just the divorced, but the raped and the widowed, also get justice.

#Supreme Court, #AIMPLB, #Muslim personal law, #Triple Talaq
The views and opinions expressed in this article are those of the authors and do not necessarily reflect the official policy or position of DailyO.in or the India Today Group. The writers are solely responsible for any claims arising out of the contents of this article.