How Modi mounted a psychological attack on Pakistan

The PM addressed the neighbouring country’s Army, its government and people in his Kerala speech.

Prime Minister Narendra Modi spoke to the nation for the first time from Kerala after the dastardly attack by Pakistan on the Indian Army brigade headquarters in Uri, in which 18 of our soldiers were martyred.

The speech came amid growing demand for retaliation against Pakistan whose violence against India continues unabated. The PM was at his oratorical best as he addressed multiple audiences.

He addressed the armed forces to boost their morale when he spoke of their courage and sacrifice and how the nation was behind them.

He spoke about how India and its forces were ready to face challenges in the form of terrorism and the threat of the 1,000 years’ war the Pakistanis dream of with India; of how the Army has in recent months seen an escalating battle against terrorists and saved the country from 17 such attacks by killing over 110 terrorists. He said the nation will not forget the sacrifice of the 18 soldiers martyred in Uri and that it will not go in vain.

He addressed the people of India in assuaging their sentiments when he said the government in Delhi was willing to take the battle to the enemy. To what extent he was successful is another question, as the people of the country are really outraged and looking for the government to initiate punitive action against Pakistan.

He addressed India’s neighbours too who are suffering from Pakistan’s terror, especially Afghanistan and Bangladesh, and the larger international community when he said that after any terror attack anywhere in the world, links lead to Pakistan or that terrorists find refuge in Pakistan, just like Osama bin Laden did. The recent New York bombings too have links to Pakistan.

This is part of India’s effort to isolate Pakistan diplomatically in the world. India is preparing a dossier to be sent to the international community, where it intends to name and shame Pakistan for perpetrating terror attacks across the world. Home minister Rajnath Singh called Pakistan a terrorist state after the Uri attack. 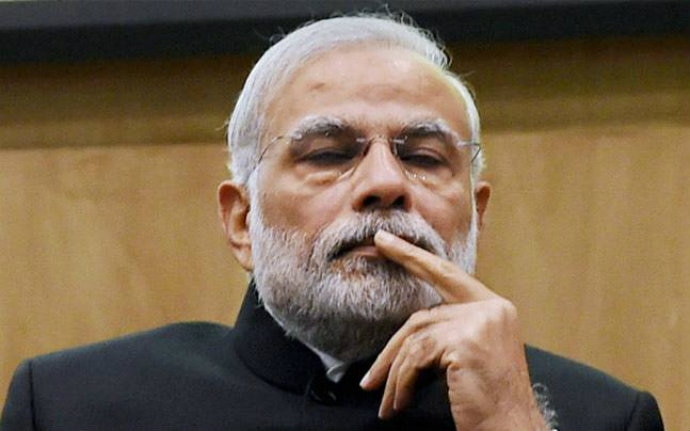 The interesting part of the PM’s speech was when he addressed the Pakistan Army, its civilian government and its people. In my opinion it was a massive psychological operation by the PM.

This plays on the fault-lines of the Pashtuns. Afghanistan which has a large Pashtun population has never recognised the Durand line and wants the Pashtun areas which are occupied by Pakistan.

Modi talked about Pakistan not being able to take care of Sindh. There is a Sindhudesh freedom movement and also a violent uprising by the Mohajirs led by the MQM. He once again talked about Balochistan which Pakistan occupies but can’t take care of, as well as referenced East Pakistan and how Bangladesh came into being.

The message is not lost when he refers to the individual constituents of Pakistan and then refers to Bangladesh in the Independence of which India played a prominent role.

Modi’s address to the people of Pakistan will not go down well with the “Aatankwadi ke Aqa” as he tried to urge the people of that country to rise against them. Most likely they will censor Modi’s speech and not publish it in their newspapers or give much coverage on TV. The Pakistan Army tightly controls all news and vets it before being published. Those not falling in line face the music.

While the speech was excellent, it didn’t give away anything about what India plans to do to deter terrorists coming from Pakistan and avenge Uri. Obviously, he can’t lay out specifics but he did say we will not forget the sacrifice of 18 soldiers.

This can be interpreted in any manner. Whether India imposes military costs on Pakistan for its continued terror against India, and especially to avenge Uri, remains to be seen.

Also read: How Modi hit Pakistan with words and put war-mongers in their place

Post your comment
#Pakistan, #Narendra Modi, #Uri attack
The views and opinions expressed in this article are those of the authors and do not necessarily reflect the official policy or position of DailyO.in or the India Today Group. The writers are solely responsible for any claims arising out of the contents of this article.

The writer is the editor of Defence Forum India and a commentator on defence and strategic affairs.