EVM tampering: Can EVMs really be manipulated using a frequency?

Multiple videos of EVMs being stacked in private vehicles and shops surface on social media, Twitter is ablaze with conspiracies of EVMs being tampered with. But how much of it is true?

The Telegu Desam Party (TDP) chief claims that tampering with EVMs is as easy as tapping a phone. Andhra Pradesh CM Chandrababu Naidu apparently believes that EVMs can be manipulated using frequencies. As ministers all over the country now raise suspicions about EVM tampering, but with arguments that are strangely similar to PM Modi’s ‘cloud radar’ faux-pax, let's take a look at how much of this can be true.

While the Samajwadi Party questioned why the machines were transferred a day later, the Election Commission clarified that the EVMs were being off-loaded to a counting centre — and they arrived late due to ‘logistical issues’. A similar issue occured in UP’s Domariyaganj where BSP and SP workers ‘caught’ EVMs being transferred from a storage compound. The matter escalated so much that a district official had to call an election body and put the phone on speaker to assure the workers that the transfer was exactly as per the EC’s order. 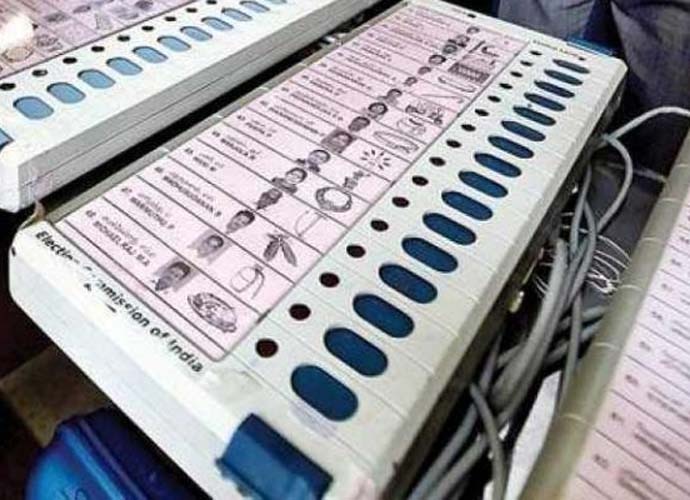 Hacked? Is it even true that EVMs can be hacked into? Do you believe the science involved? (Source: India Today)

Another incident was reported in UP’s Ghazipur, where Afzal Ansari from the alliance combine claimed that there was an attempt to transfer the EVMs in a vehicle, which the Election Commission again dismissed. What’s interesting to note is that most social media handles where the videos originated from blamed the BJP for allegedly trying to tamper with the EVMs — even though nothing much could be concluded from the videos at hand.

But the question remains — can the EVMs really be tampered with? Zuheir Desai and Alexander Lee, two academics, wrote a research paper titled 'Technology, Choice, and Fragmentation: The Political Effects Electronic Voting in India', where they find, “EVMs are associated with dramatic declines in the incidence of invalid votes, and corresponding increases in vote for minor candidates. There is ambiguous evidence for EVMs decreasing turnout, no evidence for increases in voter error or fraud, and no evidence that machines with an auditable paper trail perform differently from other EVMs.” The Election Commission of India (ECI) has strongly clarified that EVMs are safe in allotted strongrooms. (Source: India Today)

Another article published in The Hindu states, ‘The EVM is a single-chip unit with a pre-programmed set of instructions that are readable only by specific devices via a wired connection’. The article further states that the instructions may be overridden but can also easily be detected by officials if it happens. There are, of course, possiblities of changing the internal circuit of the EVM but as the Election Commission says, that is akin to ‘changing the whole device itself, after which it is no longer the same device’.

Then, let’s come to the allegations that EVMs can somehow be ‘hacked’ using Wi-fi, Bluetooth or frequencies.

In 2017, during the Gujarat assembly elections, Congress candidates claimed that 3 EVMs were connected to some kind of Bluetooth device. Sajiv Kumar, a chief electoral officer, clarified,  “…Neither do they[EVMs] have any provision for Bluetooth or a platform to sync with Wi-fi or internet. The chip or machine cannot be infected with any virus too. An apex scientific committee screen these machines before they are sent out of the manufacturing units…” No, you can't: EVMs cannot be broken into via Wi-fi, Bluetooth — or the Internet. (Source: India Today)

In addition, the Election Commission of India went onto Twitter to clarify that the EVMs are absolutely safe in the allotted strongrooms.

All in all, given the way EVMs have been structured, it is difficult — if not completely impossible — to hack into them or tamper with them.

As more videos surface on social media, it is advisable not to believe in rumours and to follow the Election Commission for regular updates.

Also Read: Democracy, in the dark: Blind voters are left at the mercy of attendants; say not all EVMs are Braille-enabled

Post your comment
#Evm 2019 lok sabha elections, #Evm tampered video, #EVM tampering, #Evms tampered
The views and opinions expressed in this article are those of the authors and do not necessarily reflect the official policy or position of DailyO.in or the India Today Group. The writers are solely responsible for any claims arising out of the contents of this article.