After its crushing defeat in the 2019 General Elections, Congress netas are still wondering what went wrong. Truth be told, hardly anything went right.

Here on DailyO, I have given my unsolicited 2 cents about why Rahul Gandhi did not need to abdicate after the disaster popularly known as #CongressKaSafaya. This is the third and final one in the series. Before we get into the 'why's of the loss and 'how' of the resurrection, let us be clear that the idea that the leader must be replaced after a defeat is a predictable one. The centrality of the Gandhi family in the Congress scheme of things will make sure that whoever Congress chooses to replace him with will be seen as a rubber stamp. This idea simply does not work for Congress because it is a family-run party. Facts don't change just because facts are not to your liking.

Fact is Rahul Gandhi was the only crowd-puller who could save the Congress from going below 44 of 2014. The family isn’t a cog in the wheel — it’s the wheel that drives the party. Congress doesn't have a second line of leadership. Priyanka Gandhi will be dynasty multiplied by two and then squared. The names being touted by touts are third and fourth-rung leaders who are incapable of steering the party at a time when the morale is low and the cadre disheartened.

The Congress party must fix responsibility for the loss because its messaging was a mess — but it wasn't Rahul Gandhi's fault alone. BJP tweaked its messaging as the election progressed because it had a robust feedback funnel in place. Congress stalwarts in La La Land did not have their finger on the pulse. Rahul Gandhi pressed on a visibly unpopular track because of the lack of nuanced feedback. While analysts have spoken about the 'Chowkidar Chor' and Rafale slogans that had no resonance on the ground, let us focus on stuff less talked about.

Just who was the brain behind their social media accounts? Some allege it was all run by Kannada actor Ramya/Divya Spandana. Congress social media was super viral on Twitter. Sending a rush among the followers and clapmojis flowed free. The social media team was carried away by retweet stats, often the measure of trolls.

The party decided to double down on chor, feku and other pejoratives. Of course, Congressis liked it — but somebody needed to notice that these pejoratives did not belong to the official handle. The Congress handle was reduced to the level of some notorious RW handles. The same cheap jokes and memes that BJP uses its trolls to post and avoids posting from the official BJP handle. In India, due respect gets due respect. How did prominent Congress voices get this so wrong? (Source: Twitter)

Congress voters would vote Congress, irrespective of the Modi meme. The fight was for the fence-sitters — and in a country where due respect gets its due respect, abuses do not go down well with official handles. Yet, the tone-deaf social media team continued falling in the RT trap and trollified the account that should have stuck to promoting Rahul Gandhi and his programmes when not publicising data sets that could expose the Narendra Modi government's performance where poor.

So close to the polling, Congress would have fared better if it did not have a manifesto. Take the Nyay blitzkrieg. The message reached those who were to pay for it — but couldn't reach those who were to benefit from it. Everyone asked: Where will the money come from? The middle class worked out the answer: my pocket. The poorest of the poor, the ultimate beneficiary of the scheme, did not even get the memo. Wherever they did: where will the money come from was the natural question — and there was no one to give them the answer.

No demand, all supply

I do not like the sedition law as it is. This feeling is shared by a bunch of like-minded people in the media and civil society. But we are nobody's vote bank. This is a tiny minority occupying urban mediascape. Outside this minority, no one gives two hoots about the sedition law. Yet, it found pride of place in the Congress manifesto. Don't get me wrong, the archaic sedition law's deletion will empower every citizen of the country, but where was the demand that Congress positioned itself to fulfil? Who was asking for it? Mysterious that it should be spelled out in a manifesto that aims to defeat a party that made sedition an issue worth voting for.

Evil in the details

AFSPA is a necessary evil. And it is the government's job to review its enforcement from time to time. If you are in the government, go ahead and review. But Congress went ahead and promised to review AFSPA to "remove immunity for enforced disappearance, sexual violence and torture", thus implying that enforced disappearance, sexual violence and torture were legit in the present form of the Act. That these aberrations may happen is one thing — but to make it an issue is an indictment of our armed forces. When internal security and muscled leadership is BJP' trump card, why would one talk about disempowering security forces? 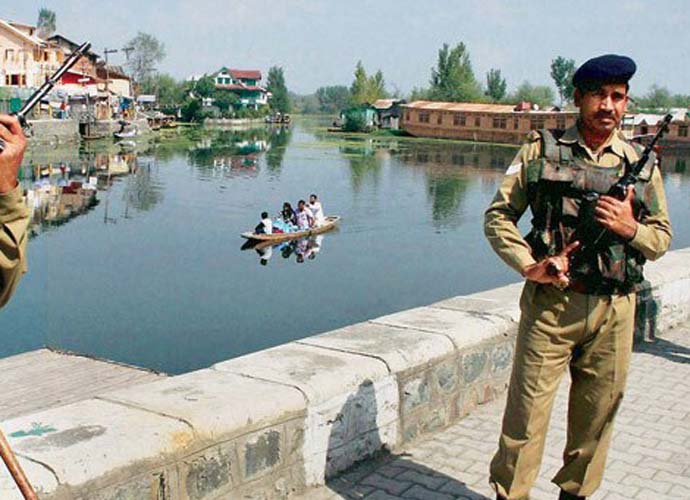 The wrong tide: Congress rushed into offering a review of AFSPA, drowning in criticism then of insulting the forces. (Source: India Today)

If Congress did intend to review the AFSPA, which nobody should have a problem with, they could wait till coming to power. Barring Jammu and Kashmir and a couple of states in the Northeast, AFSPA has no relevance for the sea of voters in the rest of the country. Not that we cannot discuss issues and rights of small groups, but then there's something called timing. And Congress got it wrong.

The cognitive dissonance in "I will fill love in Modi's heart" and "Chowkidar Chor Hai" was all too palpable. This was a battle of ideas but a battle nonetheless. There is nothing unconditional in politics — and definitely not unconditional love. Yes, Rahul came out as a nice guy but he also ended up being the loser because this was as incoherent as it gets. Pyaar koi khel nahin but PR koi khel nahin either.

Jobs and farm distress were real issues. Demonetisation and GST were not. GST was a pain to begin with and the pain has been easing since then. Every trader acknowledges this. But Congress decided to double down on this because people clapped at the Gabbar Singh Tax phrase. People clap when Hema Malini repeats lines from Sholay and even vote for her. But Rahul Gandhi is not Hema Malini. Demonetisation was an experience, a bad experience, yes, but it brought out stories of personal triumphs in people. Everywhere they reminisce about the man-made adversity, they remembered how they overcame it. It was a forgotten story.

Talking about stories, in this election, Congress did not have one. The Narendra Modi story started in Vadnagar where he sold tea at the railway station and caught baby crocs at play. He travelled across India, meditated in the Himalayas and preached at Kanyakumari, swept the floor of the BJP office in Delhi before reaching Gandhinagar. It has a devastating earthquake and the savage riots. He returns to Delhi triumphant, rewriting history, being a victim of 'Congress propaganda'. Add the five eventful years culminating in an air attack inside Pakistani territory. Some will call out the fiction in this story — but what's a good story without a little bit of exaggeration! The Rahul Gandhi story begins with a silver spoon. Started in a sprawling government bungalow and that’s that. All he has is the surname. He needs a story. Triumph of the human spirit makes a good one. Rahul Gandhi is lucky to have been served adversity on a platter. Voters have pushed him into a corner. If he can triumph over this near-decimation of fortunes by becoming the mass leader he wishes to be, he will have quite a story. His toil starts now. Some have suggested a cross-country walk. Not a bad idea. He has plenty of time, possibly a decade, to walk and meet people. He can appoint somebody to run the day-to-day party business and just write his own story, with his foot, on this landmass called India. Never better to start than when you are down and out.

Also Read: Hate in the Air? The BJP's victory has been followed by worrying attacks on Muslims