Everything Everywhere All At Once Review: Love, life and black-hole bagels

The definitive cinematic experience. A24's Everything Everywhere All At Once is gorgeous, captivating filmmaking, best experienced on the biggest of screens everywhere, all at once.

Everything Everywhere All At Once is written and directed by a pair known only as the ‘Daniels’ (Daniel Kwan and Daniel Scheinert) and follows the story of a Chinese immigrant laundromat owner who is swept up in an interdimensional adventure, where she alone can save her world and all the rest from annihilation.

Fair warning, this review contains mild spoilers for the film.

Going into a film perfectly aware that the minds behind it were also responsible for bringing a man riding another man as a fart-powered raft across the sea could potentially have audiences cringe at the prospects of something just as absurd. Rest assured, Everything Everywhere is nowhere nearly as ridiculous as its predecessor.

It goes far beyond it, though not necessarily how one may expect.

There has already been buzz about Michelle Yeoh ostensibly prepping for her acceptance speeches, come award season, and judging by the masterful performance the actress has given, she’d be winning not only in this, but every other existing reality in the multiverse of Michelles. 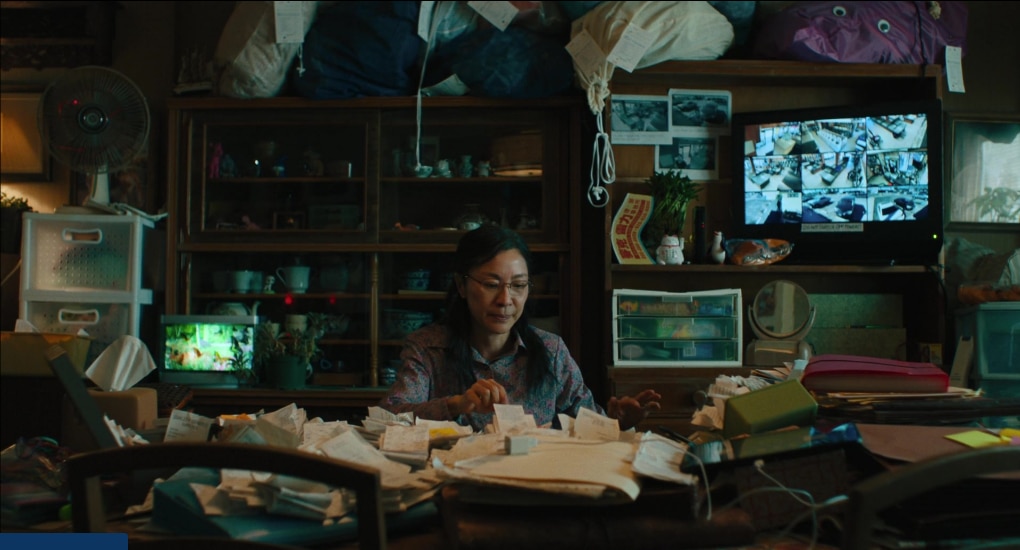 Yeoh plays Evelyn Wang, a mother, a wife, a daughter, but most importantly a woman drowning in debt and existential dread. As Evelyn is swamped with the prospects of her failing marriage, a crumbling business and an alienated daughter, she is faced with a Matrix-like ‘blue pill-red pill’ situation that could change everything.

What ensues as Evelyn is thrown into multiversal mayhem is a fever dream of bizarre realities and absurd characters, one that is just the right blend of psychedelia - equal parts disorienting and entertaining.

The film is the embodiment of the quip, ‘never let them know your next move’; plunging us into one universe after the next, with no warning of the ludicrous realities they may bring.

From a sausage-fingered reality to one in which a raccoon fills in for a beloved Pixar rodent, Evelyn, much like the audience, is bombarded with enough realities to sponsor a couple decades worth of spinoffs, and is left confused and just wanting to go back home. 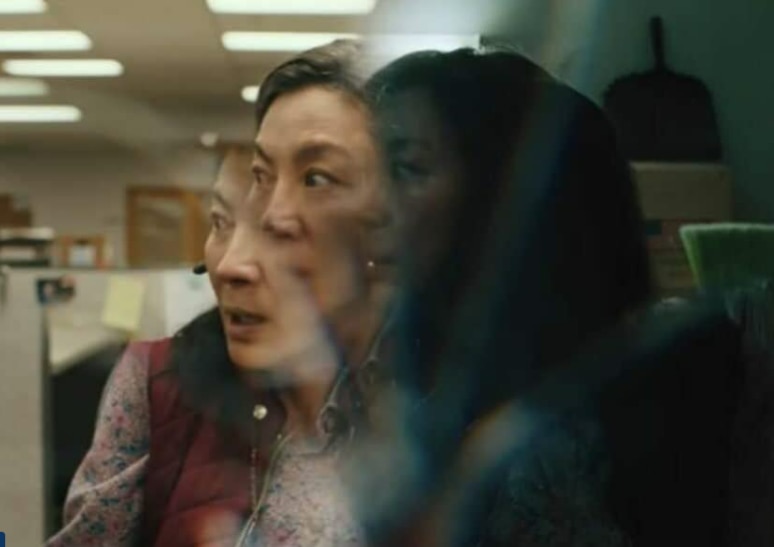 For as ridiculous and purposeless the film may begin to feel, the Daniels incorporate some necessary contrast, highlighting the very same purposelessness through a shifted perspective: for no matter which the universe or reality, our mere existence is a mere blip in the grand scheme of things and efforts to construct even a semblance of meaning are efforts in futility.

This nihilism takes form in the film’s antagonist, the Jobu Topaki, a mysterious figure with an admittedly predictable identity. The Jobu Topaki instills everything in every universe ever into the most intimidating breakfast item in cinematic history - the ‘Everything Bagel’ - with a plan to collapse all realities in on themselves using this terrifying donut void. It’s in the third and final segment of the film that we find that the Daniel’s strike a beautiful balance between the two. The frivolity of existence that the Jobu Topaki wishes to be rid off is levelled out in some symbolic yin and yang imagery through something as silly as googly-eyes. 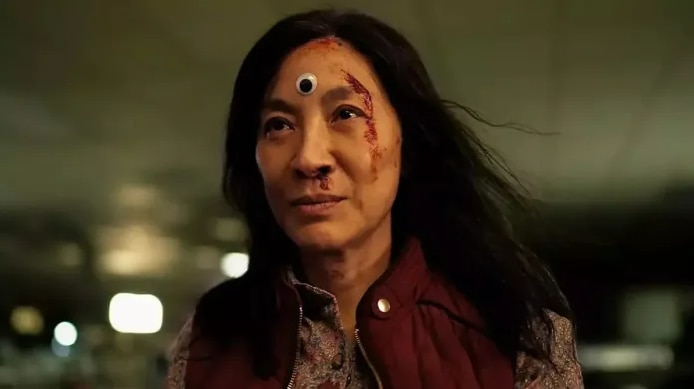 Which is where the second show stealer of the film, Evelyn’s meek, unassuming husband, Waymond, comes into the picture.

That Ke Huy Quan's last tryst with cinema was as Indiana Jones’s 11-year-old cab driver in Temple of Doom, following which, he took a nearly 40-year sabbatical from acting, only to return to showbiz to play Waymond Wang, is the most poetic manifestation of “what could have been”.

The film really digs deep into the ‘shoulda, woulda, couldas’ that each character struggles with, but is exemplified in Waymond’s unrelenting kindness, even in the face of the worst bout of existential dread. In a heart wrenching, Wong Kar-Wai-esque alternate reality, Waymond professes,

Quan and Waymond are the heart and soul of Everything Everywhere; the former’s tender performance fuelling the latter’s persevering warmth and gentleness, even in the face of death.

Waymond’s googly-eyed habit inhabits a sentiment of hope and purpose, even in the face of the futility of life and existence. And it is the very same sentiment that manages to overcome an existence deprived of meaning, undoing years of generational trauma among the Wangs. Having quite literally endured everything, everywhere, all at once, in a series of immaculately orchestrated action sequences and the cosmic chaos of the outstanding low-budget visual effects, both Evelyn and us as the audience, come out at the other end hopeful and smiling.

Though it could possibly turn one stark mad, should we wish to fathom the complexity of the Daniels’ filmmaking process behind the film (one that definitely gave certain multi-million dollar multiversa flicks of late a run for their money), Everything Everywhere All At Once is one of the most original, endearing and feel-good pieces of filmmaking that this year has had to offer.

Everything Everywhere All At Once hits theatres today, September 16, 2022.