I watched Cannibal Holocaust with my girlfriend and it was a unique, pukish experience

Unlike the animals that he killed mid-production, Ruggero Deodato led a long life. According to the DailyO article in the aftermath of his death, the man died at the age of 83 on December 29 last year. Intrigued by the piece, I decided to check out Deodato’s controversial magnum opus Cannibal Holocaust myself soon after.

Back in school, my classmates used to talk about it in the same breath as other infamous gory flicks like The Human Centipede, Two Girls One Cup, I Spit On Your Grave, and A Serbian Film. Even though many like me had not watched Cannibal Holocaust in its entirety, we all were aware of some gut-wrenching scenes such as the one involving a woman being literally skewered by a wooden pole.

The 1980 film is often considered as a precursor to the found footage genre that was redefined by The Blair Witch Project. Film school pundits debated on whether its gore was justified or not. But none of us cared about it at that time. It was the shock value that made Cannibal Holocaust an awkward conversation-starter.

Coming back to the present day, the 23-year-old me was recharged with the pretentiousness of a cinephile and the general awareness (or overawareness at times) of a Gen Z-er. My partner who prefers watching more horrors than romantic comedies with me gave me the green signal to end our 2022 movie-watching with this gorefest. It’s not like we derive some sort of sadistic pleasure from such shock value but we both agreed that it might fuel some adrenaline in our approaching premature “boomerdom”. Couples try out different things to craft new memories. For us, it’s watching a terribly f***ed up film.

And so without any further ado, we quickly Googled “cannibal holocaust watch full movie online” and got directed to an HD print on The Internet Archive (quite a notorious website if you ask me as we had watched the digitally restored version of 120 Days of Sodom also on it). 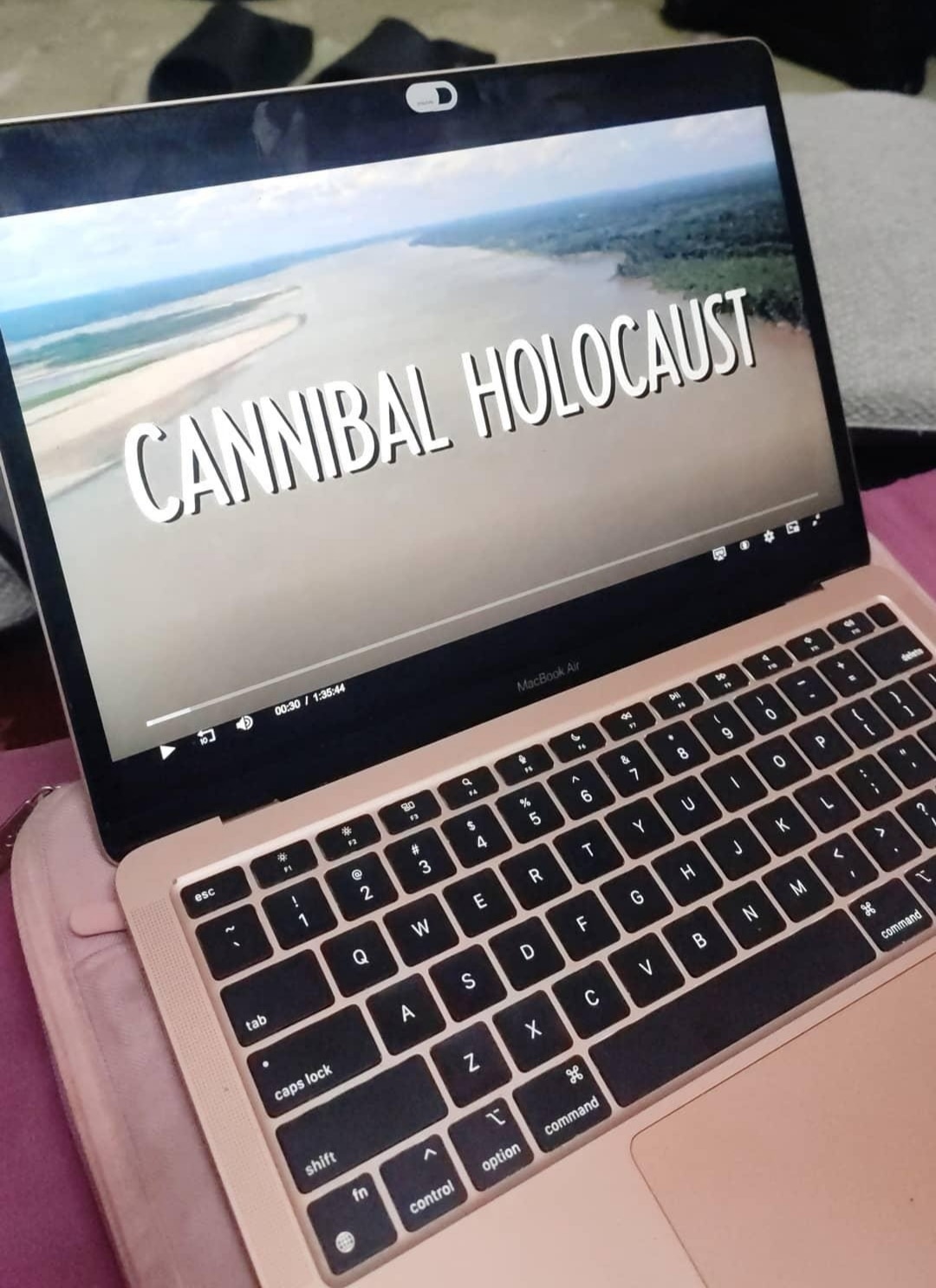 I pressed play and we got transported to aerial views of the terrifyingly dense Amazon rainforests. You would expect blood-curdling screams to open a film named Cannibal Holocaust. But no, instead, we heard some incredibly ambient music, courtesy of Italian composer Riz Ortolani.

In my 23 years of movie-watching, the Cannibal Holocaust theme would definitely go down as one of the best film scores of all time. I was quite surprised at how therapeutic Ortolani’s score was. So, yes, the absurdity of Cannibal Holocaust was established for us right from the opening seconds.

Before I offer you my two cents on the horrors that followed, let’s have a quick rundown on the plot. I honestly don’t care if I am spoiling the film for you. You might avoid it or avidly watch it regardless.

The non-linear narrative is centred on a team of white American documentary filmmakers who venture out in the Amazon to record the frightening exploits of a cannibalistic tribe. When they go missing, another professor from the United States is tasked with rescuing them. In case they die, the man must recover their video footage for archival reasons.

It turns out that while the Yacumo and Yanomamo tribes might have their grotesque ways of animal violence and cannibalism, the real barbarians are the film crew. Their footage reveals that the Americans themselves engaged in non-consensual debauchery with the tribal women and massacred them, later putting the blame on a rival tribe. Of course, the tribals revert with aggression and the white men (and an unfortunate white woman who had tried preventing the carnage early on) are slain in a gory fashion. The Professor realises the futility of the whole rescue mission with the film ending on an ironic note. And then, we hear Riz Ortolani’s score yet again like nothing happened.

“That was a lot to unwrap.”

That might have been the telepathic thought shared between the two of us as we shut the laptop.

Was Cannibal Holocaust a perfect film? No, not at all. As is common knowledge, Deodato’s crew actually killed animals on camera and all kinds of creatures die here, from monkeys to parrots to a turtle. The relentless animal cruelty is difficult to stomach regardless of whether you’re a PETA supporter or a non-vegetarian. Both the indigenous and American characters kill animals for food or just for wanton pleasure with Deodato thinking that beheading parrots and de-shelling tortoises is poetic cinema.

The late Italian “legend” also has an unflinching view towards depiction of sexual violence, much like his other filmmaking male contemporaries (or arguably even some directors of today’s day and age). Here again, both the local tribal women and the American script writer Faye Daniels face the brunt of extremely graphic sexual violence, complete with unwanted zoom-ins and female shrieks. Yes, Mr Deodato we get it that you want to show the horrors of humanity towards other humans. You can resort to a more sensitive and less outrightly direct method, maybe? Some might call it integral to the plot’s horrors but it does come off as cheap B-movie shock value after a point.

And then not to forget, the actors playing the titular cannibals were mostly real members of the real Yacumo and Yanomamo tribes. Film scholars should research more on how they were convinced to act in the Italian production but the tribes signing a contract (a metaphorical one if nothing) to act in Cannibal Holocaust would have implied a generation of negative PR. Deodato intended his film to reveal the fakeness and sensationalism that some journalists and documentary makers indulge in. But by turning actual Amazon tribes into devilish beings, isn’t Deodato proving his own point? He could have maybe created a world of fake tribes if nothing else but maybe I am nitpicking too much for a film from the 80s.

But there was also a plot twist to our viewing experience...

As I and my movie-watching partner broke down the movie much like grey-haired film scholars discussing art in Delhi’s India Habitat Centre, we realised that despite all the criticisms and uncalled-for shock value, Cannibal Holocaust did carry merit.

Unlike A Serbian Film, Human Centipede and the like, Cannibal Holocaust did have a strong message to tell as its purpose instead of just arousing feelings of fear and disgust. Some might make the same argument for 120 Days of Sodom (the movie is a part of the esteemed Criterion Collection of DVDs) but I beg to disagree with that notion. As for Cannibal Holocaust, I can’t help but appreciate Deodato’s intentions to a slight extent. When the unexplored regions of the so-called “Third World” are covered by mostly journalists of the First World, it is worth questioning the accuracy of their depictions. On the one hand, Christopher Columbus is celebrated in American history as the visionary who discovered a new continent but since then, the non-white populations remember him as a man who enslaved people, supplied Caribbean women to his crew members to assault, and sold 10-year-old girls into sexual slavery. The American crew in Deodato’s film walk in the footsteps of Columbus and the other trailblazing explorers. 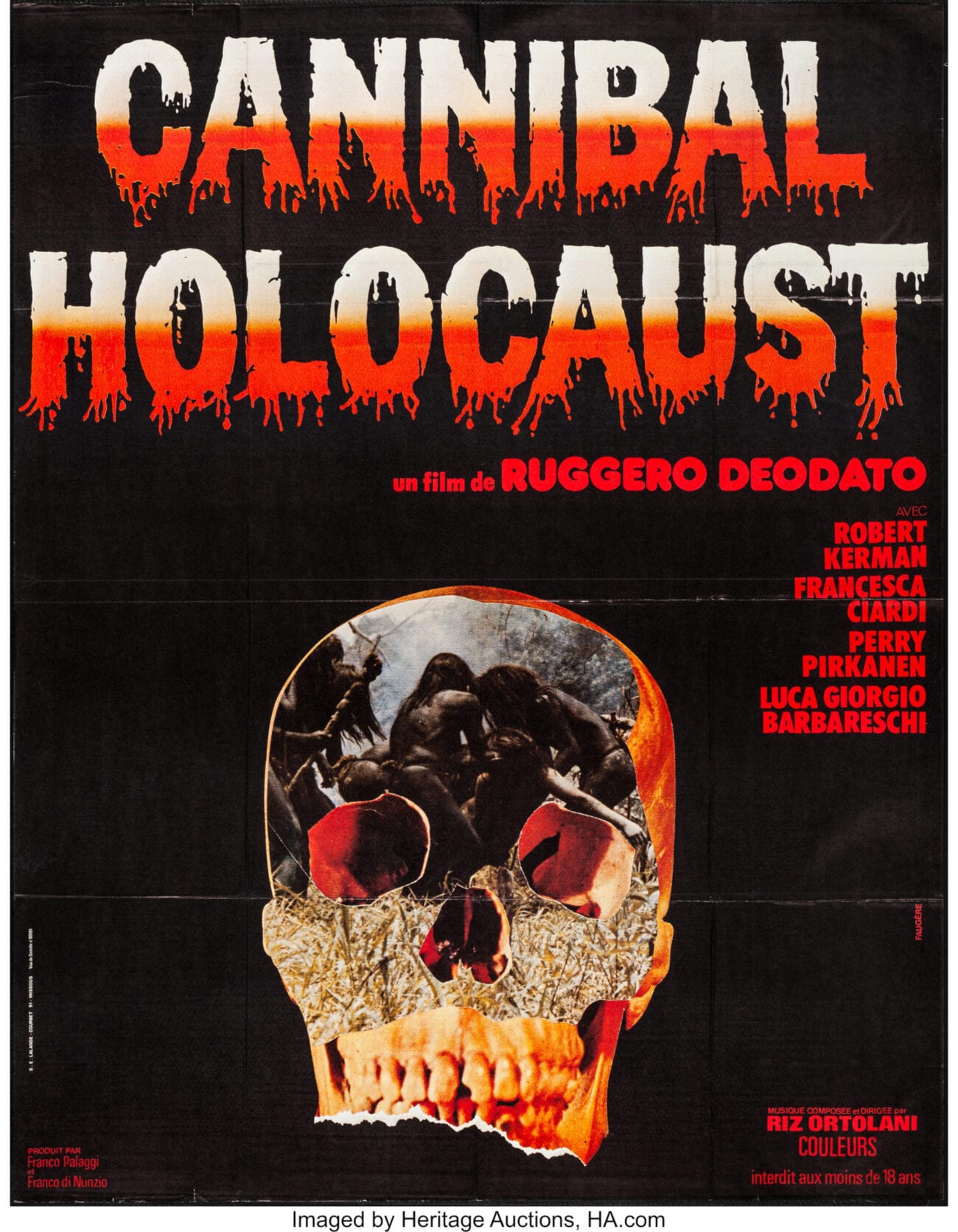 Deodata might have just been another outdated “cancel-able” “boomer” in his final years but it would’ve been interesting for him to conceive a Cannibal Holocaust redux (albeit with less vomit-inducing imagery) in the age of social media when media can be falsified, exaggerated or orchestrated on an increased level.

Anyway, given the cinematic self-harm that we indulge in, I and my girlfriend might end up watching A Serbian Film next!