Why Reservation Dogs, on Hotstar, is one of the most important comedies streaming right now

FX's indigenous comedy series Reservation Dogs is paving the way for an authentic representation of indigenous communities on screen. However, Hollywood still has a long way to go in terms of telling indigenous stories. But first, here's the trailer for the second season dropping today:

Reservation Dogs follows the lives of four indigenous teenagers - Elora, Bear, Willie Jack and Cheese - in rural Oklahoma, as they spend their days committing crime and fighting it.

Creator Sterlin Harjo, a citizen of the Seminole Nation of Oklahoma, co-wrote the series with Taika Waititi of Thor fame. Harjo brings to the table his experiences growing up in a native reservation in Oklahoma, lending a layer of intimacy and personal connection with the stories and characters.

Although Reservation Dogs is a step forward towards indigenous representation and stories entering the mainstream, the industry has a considerable challenge ahead of itself in getting those numbers up...

Data collected in the Hollywood Diversity Report 2022 by the University of California Los Angeles which analysed content from the previous year, made the following observations:

According to the report, the share of Native American performances in lead roles is a mere fraction of the majority white-washed casting

Making a difference: Amid these disheartening numbers, series like Reservation Dogs are really striving to push boundaries to make a difference and further the cause for representation.

The series goes above and beyond in crafting itself a niche with its minimalist Native American humour, catering to a larger audience and widening the scope for representation. It also makes history by being the first American series to be created, written and directed by indigenous artists and starring an almost entirely indigenous ensemble of performers. Reservation Dogs employs familiar formulas in its style of storytelling, reminiscent of its FX contemporaries Atlanta and What We Do In The Shadows. Its unapologetically deadpan humour through native specific themes and absurdist elements enables a broader reach for the series, rather than restricting the potential for the comedy to inside jokes. 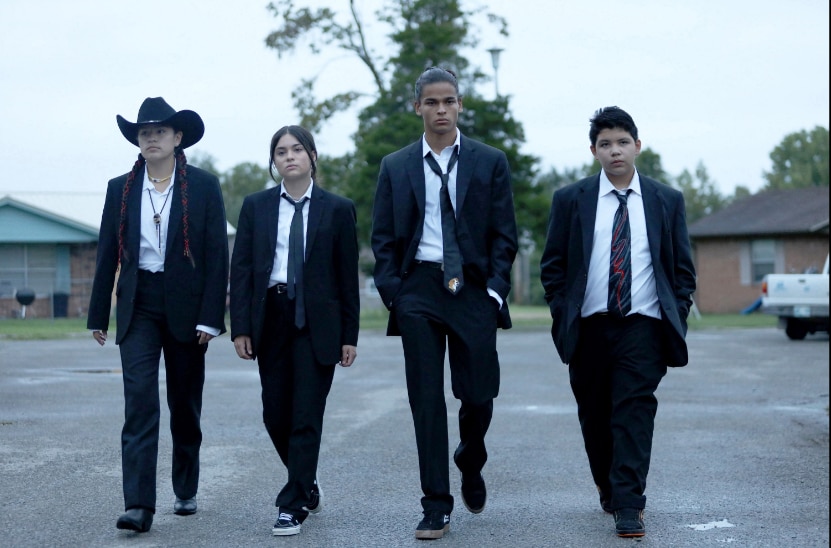 The lives of these four teenagers is the perfect lens through which to narrate present-day Native American experience. Their troubles with the law, aspirations for the future and struggles coming to terms with the death of their friend encapsulates this coming-of-age experience, growing up on a reservation; something that’s barely ever touched upon when bringing indigenous narratives to the fore.

“It shouldn’t be radical to have Indigenous people doing normal stuff.”
- Sterlin Harjo in an interview with the New York Times

Reservation Dogs is a refreshing slice of indigenous life and an important one for the standards of storytelling and representation at that.