No, Delhi's street food is not always unsafe

Street food forms the core of our country’s gastronomic heritage.

Coming Friday, the 10th National Street Food Festival, a unique advocacy effort by the National Association of Street Vendors of India (NASVI), will be presented by the Food Safety and Standards Authority of India (FSSAI) at the Eat Right Mela. 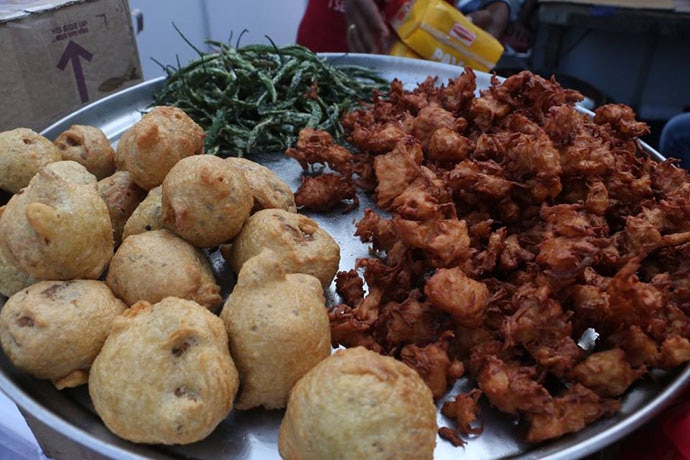 The philosophy driving the change of name is the belief that street food forms the core of our country’s gastronomic heritage — and as chefs and restaurants (from Badmaash in Los Angeles to Dishoom in London and The Bombay Canteen in Mumbai) around the world recognise the power of these culinary jewels, the FSSAI’s stamp of ‘eat right’ debunks the ‘Delhi belly’ myth that street food is intrinsically unsafe.

Having known so many international travellers happily surviving ‘street food walks’, I wholeheartedly stand by the FSSAI’s argument that by regulating street food and projecting a safe image of it, the authority is rescuing this precious part of our gastronomic heritage from the dead weight of misinformed publicity, protecting the means of livelihood of millions as well as a legacy that we are proud to call our own.

These thoughts were swirling in my mind as I entered Comorin, the brightly-lit new brainchild of Rohit Khattar and Manish Mehrotra, creators of Indian Accent, which has consistently been voted by multiple agencies as India’s No.1 restaurant.

Located in the richest part of Gurgaon — that Golf Course Road stretch, where apartment blocks named Aralias, Magnolias, and Camellias loom over the bustle of life around them like the colossi guarding an island of elitism. 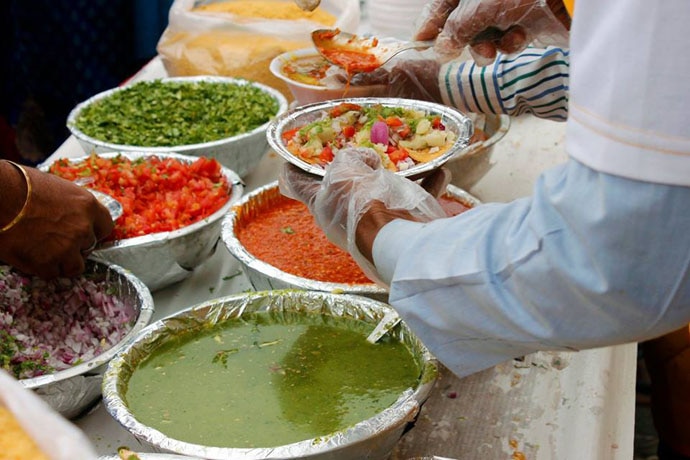 Across the road from this triumvirate are the gleaming steel-and-glass superstructures named One Horizon Centre and Two Horizon Centre.

It’s in the latter that Comorin has just opened, unveiling a new side of super chef Manish Mehrotra’s creative genius. Mehrotra may be travelling around the world, feeding the Ambanis and collecting awards, but over the many years I have known him, I have found him rooted in the culture and ethos of his hometown Patna, and the meritocratic values of middleclass Delhi, where he was plunged in the days when his parents sent him to complete his plus 2 education at New Era Public School.

That may explain his aversion to the razzmatazz of molecular gastronomy, his no foam, no sphere, no liquid nitrogen, yet modern Indian culinary philosophy.

Many years ago, in the days when the law did not forbid him from serving his signature mutton galawati foie gras kebabs, served with a dollop of strawberry chilli chutney, at Indian Accent, I had said that his style could be called ‘Inventive Indian’, because he broke the boundaries of regional cuisines, and dipped into the multiplicity of spices and ingredients at the command of the kitchens of India, and came up with dishes that tasted Indian but looked nouvelle.

At Comorin, Mehrotra lets himself be inspired by creative cooks of the less fashionable streets across the country, so it’s street food reinvented to appeal to the eyes and palate of the global Indian.

The menu, as a result, is a melange of items that you may have just seen being sold at mean street restaurants — from champaran meat to seekh kebabs sitting on a pool of molten butter, a style popularised by one of the many Qureshi restaurants across Delhi, and smoked chicken curry, inspired by a dish served at the Dadar Catering College hostel; and then, from the famous Bengali wedding-party dish, ‘plastic’ chutney (made with raw papaya), to the malai cheeni toast.

This is the kind of food that evokes nostalgia and excites conversations. And it is complemented by a new generation of bottled sous vide cocktails (the ingredients are cooked in temperature-controlled hot water baths), created by the bar manager, Varun Sharma. The high-octane energy Sharma exudes typifies the spirit of the cuisine — forever in search of the new and unexpected.