Why Alphonsos are India’s mango number one

The ‘poster boy’ of Indian mangoes has plus points over varieties like langda and himsagar – these include a thicker skin, less fibre, more hardiness.

I love Alphonso mangoes and was quite thrilled to give in to their juicy freshness after a long early morning flight – and the meal of rather operatic proportions which welcomed me back to my home town, Kolkata. A city I had left when I moved to Mumbai 20 years back.

Alphonso mangoes, which are much revered and loved in my adopted city, have for long been my favourite variety of mangoes too – but this was a situation that called for prudence and diplomatic discretion. I had reached the end of a sumptuous traditional Bengali lunch in a restaurant in a luxury hotel in Kolkata a few weeks back when the chef came out of the kitchen, bearing a plate of desserts. Desserts are one of the many joys of the City of Joy. Photo: Reuters

“Baked roshogolla, mishti doi, mihidana,” he said and then, with a big smile, added, “AND mangoes.”

I went straight for the mangoes, took a bite, then looked at him quizzically and asked, “Alphonso?”

“Yes,” he replied, “We received a shipment today.”

I was posting pictures of my meal on Instagram through the lunch – but this made me stop. I was in the city on a weekend holiday and didn’t want to spend it, answering angst-ridden DMs demanding to know “How could you come to Kolkata and have Alphonso and not Himsagar??” I could have tried explaining that the Himsagar mango season was yet to begin, but logic at times can be a slave at the altar of emotions and the subject of mangoes does evoke some pretty strong ones across the country.

While the Alphonso is well loved in Maharashtra and Gujarat, and has even been proclaimed to be the “king of mangoes” there, in the true federal spirit of India, it is the Himsagar, and not the Alphonso, that is the local favourite in Bengal.

Pia Promina Dasgupta Barve, a former Kolkatan who is now based in Mumbai and has been in the food industry for a while, told me that one could hardly get any fruit that came from outside the state of West Bengal in the Kolkata of her youth. 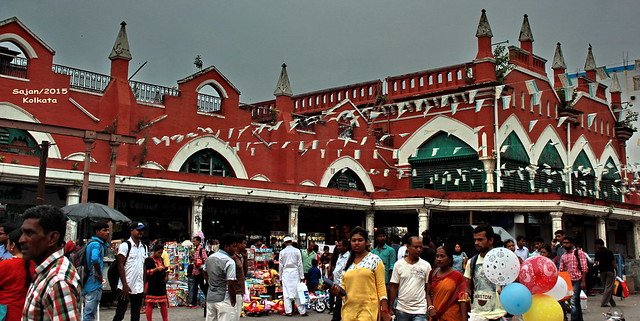 In old times, New Market had no fruit from outside West Bengal.

Apples from Kashmir, which had a long shelf life, would be an exception, but definitely not mangoes. I remember this being the case in the Kolkata of my student days too, with the rare exception being strawberries that made an occasional appearance in New Market.

You do get Alphonso mangoes in the supermarkets of Kolkata today though, and at the iconic New Market too, as you get them in some of the larger cities of India. They are exported to markets such as the UK as well. In a recent Instagram post, a London-based food writer and another former Kolkatan, Mallika Basu, expressed her excitement at having gotten her stash of Alphonsos in Blighty.

It might even seem that the most spoken-about variety of Indian mangoes in social media today is the Alphonso, even though its growth is limited to a couple of states in western India.

However, this popularity comes with its pitfalls. Chances are that any expression of love for Alphonsos on social media would be met by immediate responses of “Alphonsos are overrated…try Langda/Kesar, etc.” (Depending on the part of the country the person belongs to).

I moved to Mumbai twenty years back and married into a family of Alphonso mango-loving Parsis. I have become an Alphonso fan myself over the years. Yet, I would love to explore the myriad varieties of mangoes available across the country to understand the magic of each. There is a slight problem with that plan though. The truth is, it is difficult to get them all sitting in Mumbai. Barring the odd Langda, Payri, Kesar and Totapuri, one hardly gets variants from across the country here. Not even those from neighbouring Goa.

I was curious to figure out why most of the regional varieties of mangoes, barring the Alphonso to an extent, are not as easily available outside of where they are grown. I reached out to experts from the world of food to know more. The key reasons that emerged centered around the short shelf life of most variants and the barriers faced in transporting them.

“I’ve tried taking Himsagar for friends from Kolkata but, like the Indian cricket team of the days of our youth, they don’t travel well,” says food enthusiast Kaniska Chakraborty. Food researcher and consultant Pritha Sen adds that the lack of government support to set up cold storages as well as the lack of refrigerated freight options connecting farmers to markets holds back the distribution of the Himsagar.

However, this is not an issue just for the Himsagar. She quoted a study on food freightage channels which showed a number of very unique problems – take, for example, the fact that certain vegetables emit gases when kept in a sealed container and hence cannot be kept with other fruits and vegetables. In such a scenario, it is the produce with high demand that dominates cargo capacity, and in the world of mangoes, the aura of Alphonso is very hard to challenge.

What helps the Alphonso mango travel so well compared to others? Physiologically speaking, it would be its thick skin which helps ensure this. Compare this with the favourite of Northern India, the Langda – which has a disadvantage, as Sangeeta Khanna, a food writer and consultant who has a particular interest in the food traditions of Varanasi – considered to be the home of the Langda by many – points out. 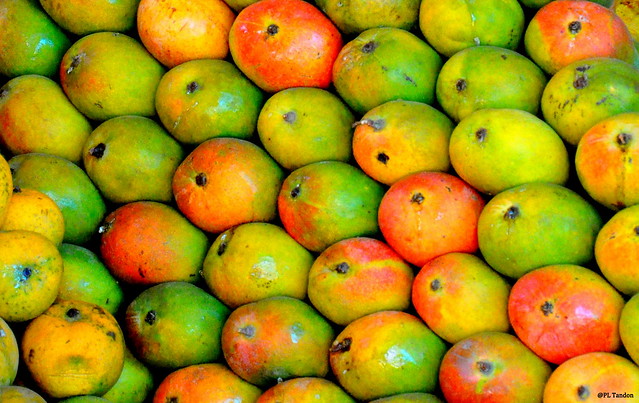 The Alphonso shows why it's good to be thick-skinned.

It turns out that the Langda has a thin skin, which makes it prone to spots and blemishes when transported. This is not the case with the Alphonso though, and the vibrant colours of the skin, the firm texture of the flesh and the hardiness of the Alphonso have made it the “poster boy” of Indian mangoes, as Khanna puts it.

There is more to what has led to the popularity of Alphonso mangoes than just logistics though. “It is a very good mango,” asserts Chef Ashish Bhasin who has worked in large luxury hotels and has a pulse on the needs of customers and trends. Bhasin explains that mangoes such as the Langda and Himsagar can be fairly fibrous. This might put off those not used to it. He does not face any such problems with the Alphonso, which is a lot less fibrous, has a smoother texture and has distinct sweet notes which make it a universal favourite.

A parallel in my opinion could be the Bengali favourite of the hilsa, whose boniness make it a daunting challenge to most not used to the fish, unlike the bhetki from Bengal, which can be made into boneless fillets and are easier to consume. 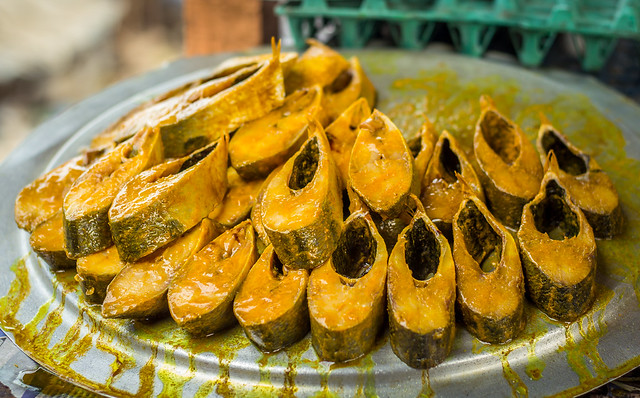 Why the hilsa is high-maintenance.

Another similarity between the hilsa and mangoes is the issue of seasonality. Like the hilsa, mangoes too are seasonal fruits and each kind has its own time of flowering. The Alphonso appears earlier in the market than the Langda or Himsagar which appear at the fag end of summer.

Unfortunate chemical-induced artificial ripening processes have brought Alphonsos even earlier to the market than before, albeit at higher prices. This increases the larger window for Alphonso mangoes over others.

In Assam, for instance, you get very sweet, locally grown mango variants such as Mati Mitha, Maldoi and the Senduri aam, says Guwahati-based blogger Puspanjalee Das Dutta. However, their trees are prone to being attacked by insects, leading to low yields, and hence, the need for imports to meet the demand for mangoes here.

Short seasonality and the lack of a proper supply chain and packaging facilities are mentioned by food writer Shirin Mehrotra, in her article on the Gaurjeet mangoes of Gorakhpur from her childhood and her unfulfilled quest to find them once she left her hometown.

Shri Bala, a food researcher and home chef based in Chennai, told me that there are many varieties of mangoes popular across South India. Examples would be Banganapalli, Malgova, Guddu and Neelam in Tamil Nadu and Andhra Pradesh and the Badami and Raspuri of Karnataka. However, apart from Baganapalli, Badami or Malgova, none are to be found outside the south, says Shri Bala, once again due to the short harvest period and limited productivity. Recent measures taken by the government of Tamil Nadu to limit the artificial ripening of mangoes have further reduced the yield there. Summer in Mumbai is the season of the cries of "taiyyar Hapoos" from street vendors. Photo: Reuters

As I sat back at my desk and reflected on what I had learnt, I heard the plaintive cries of “taiyyar Hapoos (Alphonsos ripe and ready),” coming from the mango seller walking down the street outside. I began to wonder if I would ever get to try the myriad varieties of mangoes available across the country, of which I have mentioned just a few here.

Something Sangeeta Khanna had said during our chat came back to haunt me. “Each variety of mango variety tastes best when eaten in the region in which it is grows,” she said. “My attempts to eat them in areas outside of where they are grown have often been disastrous”

Then I cheered up as I realised that this might not be a bad thing.

A mango yatra, exploring mangoes across the country, could indeed be the start of a beautiful journey.

Post your comment
#Mango, #Food, #India, #Alphonso
The views and opinions expressed in this article are those of the authors and do not necessarily reflect the official policy or position of DailyO.in or the India Today Group. The writers are solely responsible for any claims arising out of the contents of this article.