Because home isn't a slaughter house: Bombay HC prohibits slaying of animals in houses for Bakrid

There will be no slaughtering of goats and sheep for Eid in people's homes, rules the Bombay HC. This is an order to be hailed.

In a hail-worthy move, the Bombay High Court has banned the slaughter of sheep and goats in flats and homes during the forthcoming Eid festivities.

The order came on July 6, 2019, shortly ahead of Bakrid, which will be celebrated across India on August 12.

As per an age-old Islamic tradition, Muslims sacrifice a goat on this day.

Bombay HC has banned slaughter of animals in private flats & Housing societies. Over 7,000 permits were issued for Bakrid Sacrifice by BMC; these permission will be invalid after HC order. Now Bakrid Sacrifice can he done only at authorised abattoir & licensed Non veg markets

The division bench of Justice Satyaranjan Dharmadhikari and Justice Gautam Patel restrained the Brihanmumbai Municipal Corporation (BMC) from giving permissions for slaughter inside flats and houses. However, permission can be accorded for slaughtering animals in housing societies. But the catch here is that the approval should not be granted if the society is located within one-kilometre walking distance from a community space for slaughtering, including a religious slaughtering space.

The reason given by the bench for the move is that slaughtering in flats, houses and constricted spaces compromises with hygiene and sanitation. The court has asked BMC to "strictly and stringently maintain all applicable safety, hygienic and public safety norms and requirements and to move expeditiously against all violations." 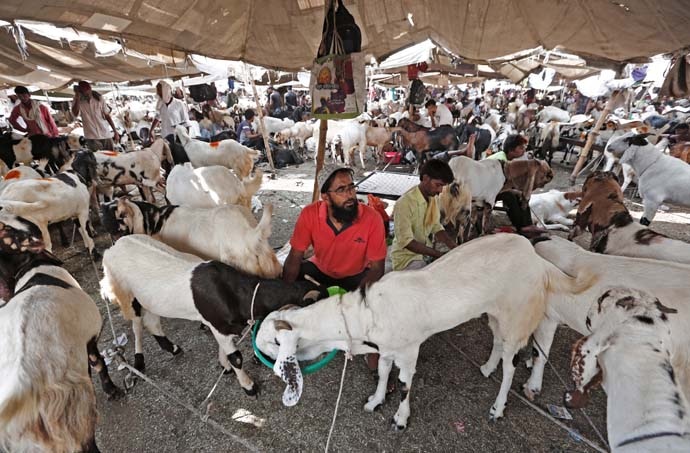 To the slaughter: The Muslim festival of Bakri-Eid demands the sacrifice of an animal (usually a goat). (Photo: Reuters)

“In our view, the requirements of public safety, hygiene and sanitation make it impossible to accept any policy that permits slaughtering inside individual flats. In a city that is as densely crowded and congested as Mumbai and where typical residential apartments are small, we do not believe it is possible to make effective arrangements for human, hygienic and safe methods of sacrificial slaughter within a residential flat. Many of these flats are homes for the very old or the very young (or both). We believe these concerns override all others," said the judges.

The move has been hailed by many, including animal-rights activists and those promoting veganism, as a step towards eliminating cruelty.

Some others, however, have derided the order — saying that it is targeting Muslims. 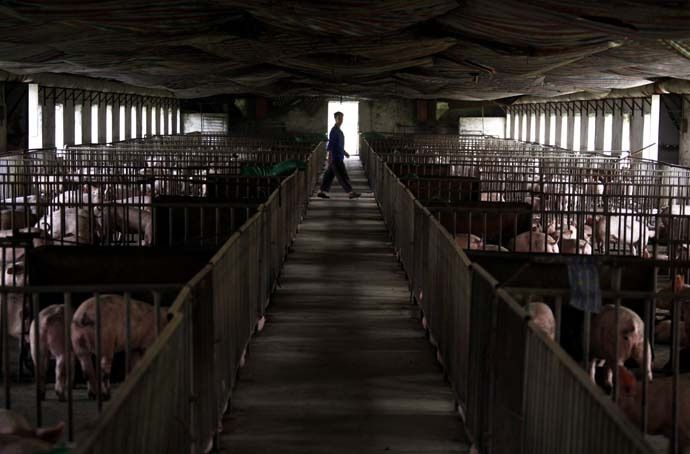 However, it is important to see the issue for what it is.

In India, there is no blanket ban on animal sacrifice. There exists, however, the Prevention of Cruelty to Animals (Regulation of Livestock Markets) Rules 2017, notified by the environment ministry, considered highly controversial. Under the Rules, the sale of cattle is banned for slaughter, including for religious purposes. However, goats and poultry are exempted. But the Rules — and the food safety standards — do demand that animals must be slaughtered at registered abattoirs and follow certain guidelines.

Yet, as is the case with every rule in India, even these are not followed, especially in the case of most ritualistic animal sacrifices.

In 2014, one of the petitions in the Bombay High Court asked for temporary locations for the slaughter of large animals, since the abattoirs are chaotic and unpleasant during the festival. Another petition sought to prevent this because this unhygienic meat would cause problems to people who ate it.

While festivals bring all kinds of revelry along with them, the basic values of health, sanitation and hygiene cannot be neglected.

The order is to be welcomed as it tries to resolve the issue of hygiene and sanitation — and without affecting the traditional fervour associated with the festival.