The ‘bhel’ of west is similar to ‘jhaal muri’ of east, with almost similar ingredients and a slight twist as a stamp of regional difference.

One lies on the eastern edge of the country, the other is almost diametrically opposite and occupies the south-western side of India — and yet, Maharashtra and West Bengal have a few things in common.

For me, the connection begins with my name itself, which is a pretty common one in West Bengal but quite unheard of among Maharashtrians. My mother found it unique and named me thus. 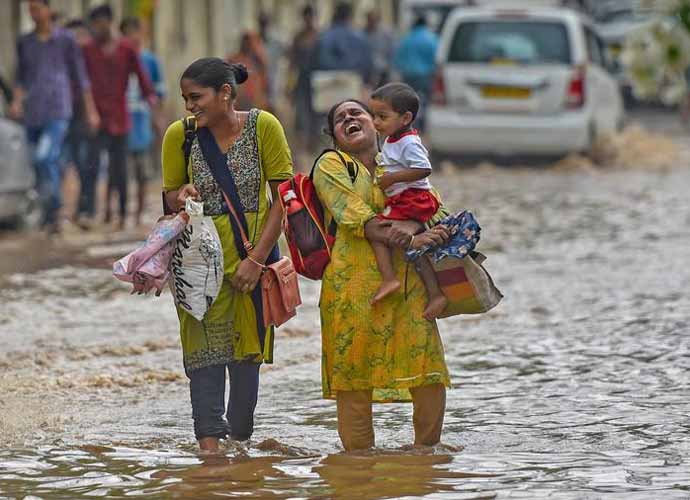 I was rather proud of my uncommon name while growing up in various cities of north India. I have often tried finding its exact meaning. Different people have provided different interpretations like ‘soma’ or drink of the gods and ‘soumya’ or calm, which I don’t think I am. Some told me it was the name of a tributary of the river Ganga. Some interpreted it as ‘moonlight’ — that has become my personal favourite since it fits well with my partner’s name Shashank, meaning moon. I like to think that he is my moon and I, his moonlight — ‘Shashank-Shoma’.

My Bengali friend and I have, over many a tea session, wondered how such geographically distant regions have some commonalities. While a ‘baba’ or ‘dada’ or ‘kaka’ denotes the same relation, that of father, brother or uncle in both languages, some traditions too find themselves mirroring each other.

“There is no long ghoonghat for our brides too during weddings,” observed my friend as we sat pondering on similarities in Bengali and Maharashtrian traditions, language and food habits.

Unlike a north Indian tradition under which a bride’s head and face is covered with a long fold of her sari, the faces of brides of these two regions are not hidden away. A Bengali bride holds just two leaves of betel nut in front of her face as a screen and a Maharashtrian bride wears mundawalya, a beaded or floral head-band as an auspicious face ornament. 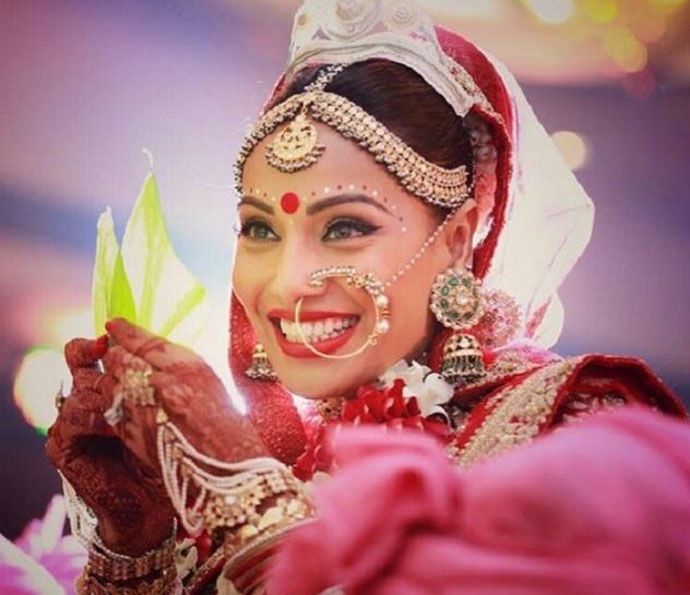 A Bengali bride holds just two leaves of betel nut in front of her face during her wedding. 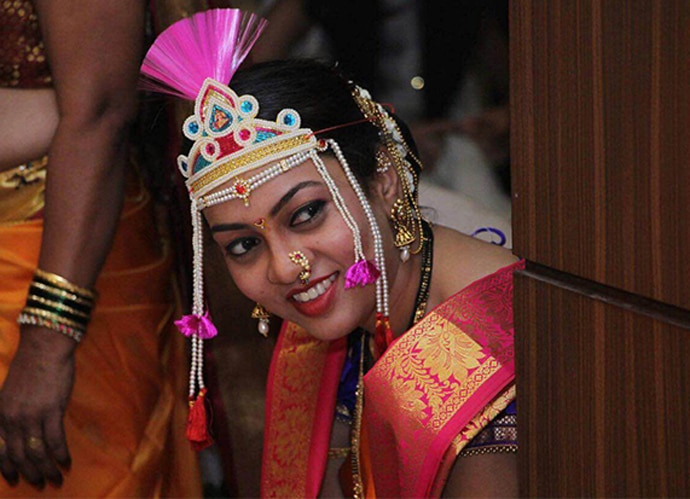 But certain food items and habits tie the people of the two regions closer than anything else, much like two siblings with individual traits, yet connected with subtle similarities.

So, if ‘tadka’ for Maharashtrians is ‘phodni’, a Bengali refers to it as ‘phodan’. However, it is the love for ‘bhaat’ or rice of a Maharashtrian and that of a Bengali that is the real bond.

Rice, in its puffed form too, seems to be a go-to snack for both Bengalis and Maharashtrians. Called ‘murmura’ in the west, it goes by the name of ‘muri’ among eastern natives. The ‘bhel’ of the west is similar to ‘jhaal muri’ of the east with almost similar ingredients and a slight twist as a stamp of regional difference. 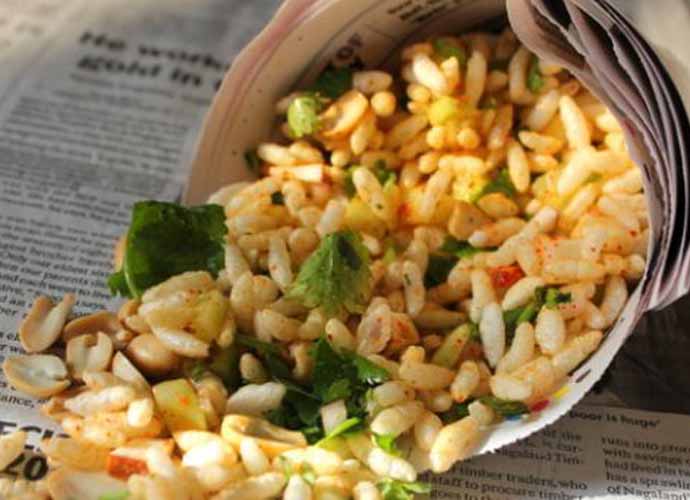 The ‘bhel’ of the west is similar to the ‘jhaal muri’ of the east with remarkably same ingredients. (Source: Wikimedia Commons)

I first tasted the spicier version at my friend’s home who found the Maharashtrian bhel a little too sweet for her liking and later, on a trip to Kolkata. She missed Kolkata street food and I loved the Bengali preparations with a heady punch of ground mustard that she dished out. It was on one such evening that I was introduced to ‘jhaal muri’ or spicy puffed rice.

While ‘bhel’, a popular street food in Maharashtra, is a little moist with sweet and sour tamarind chutney, the ‘jhaal muri’ with a dash of raw mustard oil zings your palate. The basic ingredients of both however are the same.

In both versions of the snack, puffed rice is mixed with finely chopped onion, chillies and coriander. Fried peanuts and ‘farsan’ or ‘namkeen’ is then added in generous proportions.

A sweet-sour tamarind and jaggery chutney, mixed with spices like roasted and ground cumin seeds and ginger powder, adds a tang to the mixture of farsaan and puffed rice. Some vendors add chopped tomatoes as well.

Jhal muri, on the other hand, is crispier with tiny bits of raw mango instead of tomato added into the mix of murmura and namkeen. The unique taste, however, comes with the addition of a drizzle of raw mustard oil. The smell and pungent taste of mustard packs a punch that hits your senses.

Despite being a Maharashtrian, I am biased towards ‘jhaal muri’. I prefer using mustard oil for its health benefits though it is usually not used in Maharashtrian homes. The taste of this oil is not popular among Maharashtrians. Here lies the difference in their puffed rice snack preparation.

But even if the taste preferences vary, there is no denying that though east is east and west is west, the twain shall definitely meet over their love for puffed rice.

Also read: Foods you must eat to stay happy

#West Bengal, #Murmura, #Maharashtrian cuisine, #Bengali food
The views and opinions expressed in this article are those of the authors and do not necessarily reflect the official policy or position of DailyO.in or the India Today Group. The writers are solely responsible for any claims arising out of the contents of this article.

Shoma Abhyankar is a travel writer based in Pune. She tweets @throbbingmind and also blogs at astonishingindia.net.