How can people even think breastfeeding is an indecent act?

Society should make every effort to create conditions for safe breastfeeding in the best interests of the mother and the child.

I have been disgusted at the recent television debates where some are condemning breastfeeding in public.  I was appalled to hear a so-called activist refer to it as a sexual act.  It makes no sense whatsoever.

In 1991 when I was in Cambridge Massachusetts, I felt privileged to be asked by professor Betsy Hartman, a globally renowned sexual and reproductive health activist and director of Women’s Studies at Hampshire College in Amherst if I would be interested in teaching a course “Development from A Grassroots Perspective” when she would be away on sabbatical in Costa Rica.

I was then pregnant with my second child. The idea sounded very exciting and I responded by saying “Of course, I would be delighted to teach the course but you should know that I am pregnant.”  Pat came the reply from Betsy: “Is pregnancy a health issue?” “Of course not,” I said; and agreed to teach.

I was responsible for teaching two classes a week.  Given that it was nearly a two-hour drive from Cambridge to Hampshire College, it was agreed that I would teach both the two 2-hour classes once a week with a 15-minute break in between.  We also agreed that after the birth of my child, I would bring the baby along with me to the College so that I could breastfeed as well as have the baby with me.

It was perfectly acceptable. Our son was born on November 13th and I took him for his first academic exposure to my class two weeks later. 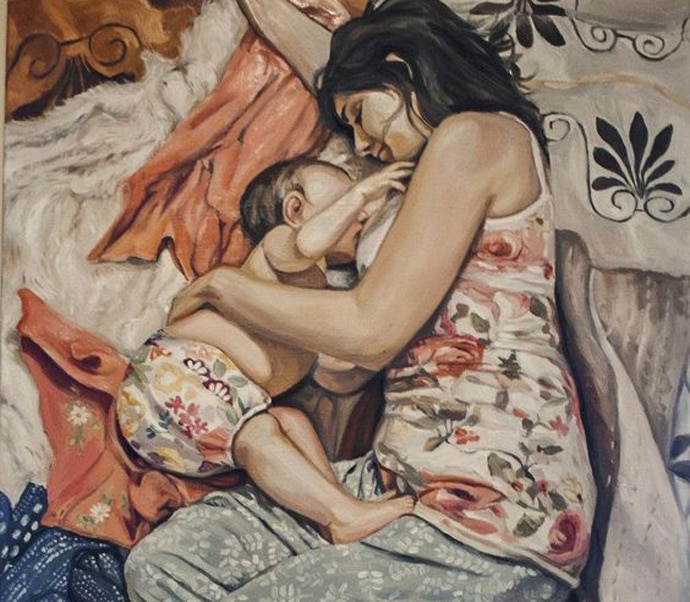 When needed, I would take a break and breastfeed my baby in class while students chatted with me. This became the drill for the rest of the semester. Nothing changed as far as the routine of my teaching was concerned. However, I did notice a marked improvement in the quality of weekly assignments submitted by the students after my son was born.

I wondered why. I speculated that a possible reason could be higher levels of motivation among the students in my class who might have realised that I was not just a teacher but a mother with priorities. I couldn’t see any other reason why their grades would improve!

Clearly, I had the luxury that millions of female construction labourers and others do not enjoy in India.  Such women are most often forced to feed their babies in dusty and unhygienic environments and in public view, even though it is mandatory for all construction sites to provide a crèche and facilities for breastfeeding.

Those who oppose breastfeeding in public or are even ambiguous about their position should recognise that it is a huge responsibility and a privilege that women alone have of feeding their babies. Society should make every effort to create conditions for safe breastfeeding in the best interests of the mother and the child. Breastfeeding a child should not be seen as a vulgar act or a handicap. Only if such archaic mindsets change can India genuinely become a modern nation.

#Maternity, #Mother, #Childcare, #Breastfeeding
The views and opinions expressed in this article are those of the authors and do not necessarily reflect the official policy or position of DailyO.in or the India Today Group. The writers are solely responsible for any claims arising out of the contents of this article.