You can cheat on your partner, but not on Indian food

Ah! The demographic dividend while imagining India! A catchy alliteration with a syllabic rhythmic lilt - demographic, dividend - a tempting, hedonistic segment, with exciting capacities to consume. A marketer's absolute delight. While the rest of the world ages, India youth-o-fies where more than half its population hovers between the age group of 20 and 35. Youth may have been too precious a thing to be wasted on the young according to ol' Bernard Shaw, but in this desh, youth comes with an energetic promise, the country poised with the youthful leading the way as it tries to surge ahead.

So they come from B and C Metros, large chunks of them finding jobs in BPOs. Speech trainers coach and coax them in the finer points of international accents as they shed their desi identities during working hours. Randy's and Richards, Micks and Dicks, Suzzies and Lizzies, Vicky's and Trish's flirt with American twangs, the Queens English and maybe cockney. 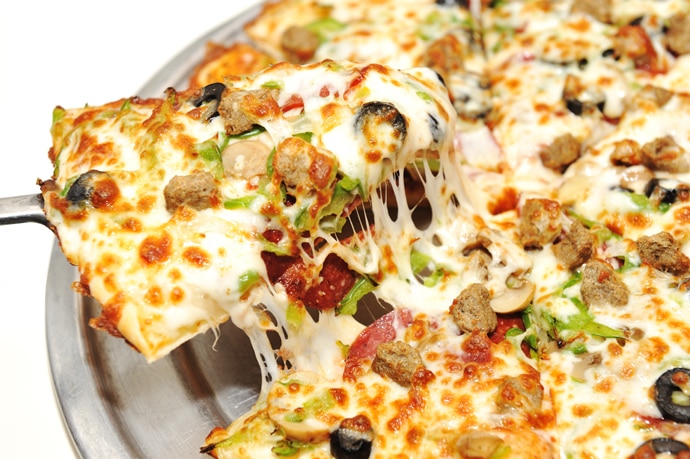 Accents are not the only thing they flirt with. Large numbers of young men and women are put together in small separate cubicles - hormones rage and "hooking up" with different partners slowly becomes the norm. Variety becomes the spice of life and as below so above.

They can take their pick while mating, it is now their palates, that seek varied pleasures. Delhi literally explodes with variety, this hope-for-the-country dividend chomping first at Americana devouring burgers, French fries, cokes, shakes and swirls as they hold hands at "Mcdees" enjoy the crunch of the Colonel's chicken -finger-lickin good, they sigh after a soft burp escapes them. Pizzas are another favourite with their whole variety of toppings and home delivery orders carry with them a tinge of excitement - the possibility of a free pizza if it takes more than 30 minutes to deliver.

But Americana, too, has to make its concessions. The aloo-tikki burger, chicken tikka, paneer-tikka, keema, even the Navratta pizza are unique to India - an admission that our palates are unlike anywhere else in the world. Chinese food is another example - the cuisine so adapted that the term Chinjabi for it is perfectly acceptable and when chilli chicken is served with lachaa paratha in a north Indian restaurant, not an eyebrow is raised.

Of course, there are the purists who pick at their sushi and sashimi confidently announcing the freshness or otherwise of the produce from the first bite. They nibble at fusion and discuss the matching of the wine with every course. Cuisine from almost every part of the world can be found in Delhi if you look hard enough and I wonder why Ethiopian cuisine has not made its presence felt. It is delicious and has a taste that will pleasurably agree with the desi palate.

But these will, as the marketer would say, remain niche segments for the more adventurous sophisticate and the fast growing segment of the wannabe. They will nibble at this and pick at that but ultimately crave for desi khana.

So even though their youthful palates roam nibbling away at variety and newness they will always come back to their staples. Mummy's cooking or home food depending on your gender. The daal, roti, sabzi, idli-dosa, sambar, rice of home or the daal makhni, nan, tandoori chicken, kabab of the restaurants. Always a homecoming of sorts as it were, to find comfort in an ingrained familiarity.

This will always be and can be taken quite safely for granted. Unlike marriages where middle-aged husbands leave the familiarity of home with pretty young things or a well maintained but ageing wife leaves with her good looking toy boy. Ah! The demographic dividend can be seductive as well!

Post your comment
#Indian Food, #Food
The views and opinions expressed in this article are those of the authors and do not necessarily reflect the official policy or position of DailyO.in or the India Today Group. The writers are solely responsible for any claims arising out of the contents of this article.

Serial entrepreneur promoter of Khaaja Chowk, a chain of Indian restaurants and author of the book Gone with the Vindaloo.