A tipplers' guide to Changi Airport

Whenever I am at an airport suffering a long layover, I remember the Tom Hanks character in Steven Spielberg’s bitter-sweet film Terminal, who gets stuck at JFK for nine months after his East European country is de-recognised by the United States following a military coup — he can’t, as a result, be allowed into the US, nor can he go back, for he’s officially “stateless”. 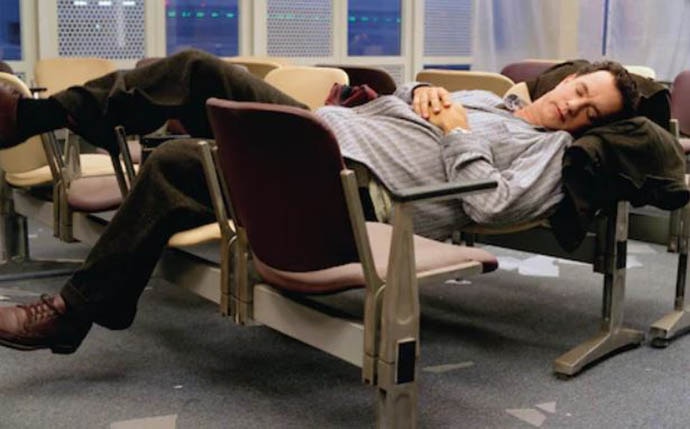 The film was based on the real life story of an Iranian refugee, Mehram Karimi Nasseri, who lived for 18 years (1988 to 2008) at Terminal I of Charles de Gaulle Airport in Paris, even as his refugee papers got entangled in legal disputes in France and Belgium.

I often wonder how it must be to live in an airport, but on my recent visit to Singapore, I re-discovered the Changi Airport and arrived at the irrevocable conclusion that you can actually spend a day or two in it without feeling the need to step out. Of course, I may be a little biased because my impression is largely based on the time I spent at the DFS, duty-free shops, which were abuzz with an ongoing Whiskey Festival.

If you are a connoisseur of alcoholic drinks, you can spend hours at the stores, especially the one at the new Terminal 4, which is famous for the clover-leaf installations suspended from the vast ceiling — these installations move according to the beat of pre-programmed music.

It is the DFS store, though, that gets the crowds, thanks to its complimentary bar, where I had a refreshing Hendrick’s gin cocktail with elderflower and cucumber syrups and a slice of cucumber. Also enticing is its collection of craft beverages, including complimentary craft beer on tap, its well-stocked wine and champagne room, and its star attraction, The Whiskey House, where you can taste for free more than 100 different whiskies based on four basic flavour profiles: Floral and Delicate; Fruity and Elegant; Smokey and Intense; Rich and Rounded. And if you’re lucky, you may even get to top up the experience with some whisky gyaan from the global brand ambassadors on call. At Terminal 2, you can match your favourite poison with dark soft chocolates, infused with kaffir lime and red chillies in one, and with onion seeds in another, at The Whiskey House.

At Terminal 3, which is where flights from Delhi and Mumbai land and take off, you have the option of either tanking up with a Singapore Sling at the replica of the cocktail’s birthplace, the historic Long Island Bar of The Raffles, made famous by Somerset Maugham, or shopping at the tastefully arranged individual boutiques for nine popular spirits brands — Absolut, Dom Perignon, Glenfiddich, Hendrick’s, Hennessy, Johnnie Walker, The Macallan, Martell and Penfolds. For a curious tippler, there’s this and so much more. 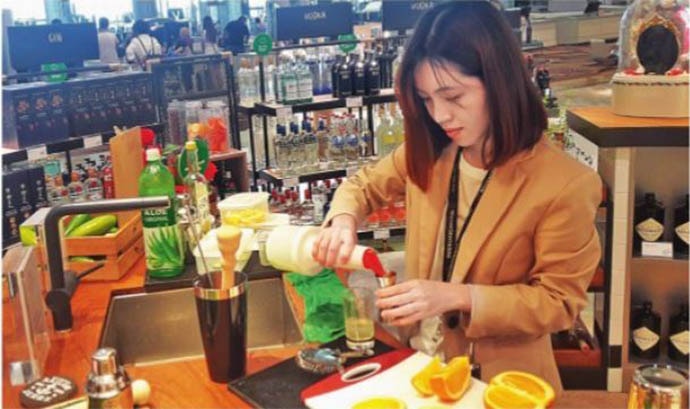 If you are a connoisseur of alcoholic drinks, you can spend hours at the stores

My discoveries of the day were Teeling Whiskey (note that though the English and Scotch spelling is ‘whisky’, the rest of the world prefers whiskey!), the first Irish whiskey to come out of Dublin in 125 years, and Roku Gin from Suntory, the Japanese whisky company made famous by Bill Murray in Lost in Translation, which combines six Japanese botanicals with the eight that traditionally go into gins, namely, juniper berries, coriander, angelica root and seed, cardamom, cinnamon, bitter orange peel and cinnamon. To each his own taste. I personally would love a whiff of Japanese spring in my gin than the flavours we know too well.