Kurt Cobain to Chester Bennington: How many artists will we lose to depression?

The key lies in the identification of that darkness that's growing inside you, whether it's by you or by a loved one.

Enough has been written and said about depression. More than enough. But no matter how much you read or talk about it, no one can make you want to identify that quiet abyss of darkness within you, and reach out for help.

Chester Bennington, the 41-year-old vocalist of American rock band Linkin Park, reportedly commited suicide by hanging himself at his California home yesterday. He had admitted to having thought of committing suicide during an interview a few years ago - "throwing in the towel" - in his words.

"There were a few times in the last couple of years where I was ready to throw in the towel, ready to kind of give up on everything, but I found that for me, most of my suffering is self-inflicted; it's not like it's coming from some external source that's making me feel that way. No one can make you feel anything. It's what you think about internally that makes you feel things. You are the only person that makes you feel things," says Chester in an old interview:

The question is: if we saw this coming, if we read and understood all of Chester's lyrical hints through the years, and we know that he even had the courage to come out in the open and talk about it, why did he still have to succumb to depression and end his life?

The truth is, Chester Bennington was not in it alone. We've come across numerous celebrities in the past who've taken the ultimate step - Kurt Cobain, Robin Williams, Alexander McQueen; or those who have tried to drown their lonely thoughts in drugs and crossed over to the other side - Amy Winehouse, Michael Jackson, Prince, intentionally or unintentionally. We know what this omnipresent devil is capable of. And we know commoners like us have an easier way out. But what when you're a celebrity, and the whole world is watching your every move, judging your every move, looking up to you?

Depression a reality across all professions

"Depression affects 300 million people globally. Every one in four women experiences it during one or the other phase in her life. As many as 15 per cent depression cases lead to suicides. And yet, 75 per cent cases of depression go untreated globally," says Dr Samir Parikh, Fortis Healthcare, New Delhi. Dr Parikh is of the view that it's not just artists who go through the clamour of emotions; they're just surrounded by more people, and thus end up bottling up feelings much longer than commoners, without realising it.

It goes without saying that most successful celebrities live on a fame-and-money high. Their chance encounters with reality are few and far between. "Celebrities choose to surround themselves with people who say exactly the things that these celebs want to hear- that's what takes them away from the truth. Even in Deepika Padukone's case, it was ultimately her mother and sister who told her she's changing as a person, and not some friend from the entertainment industry," says psychologist Seema Taneja, a consultant counsellor with schools and corporate houses in Delhi NCR. 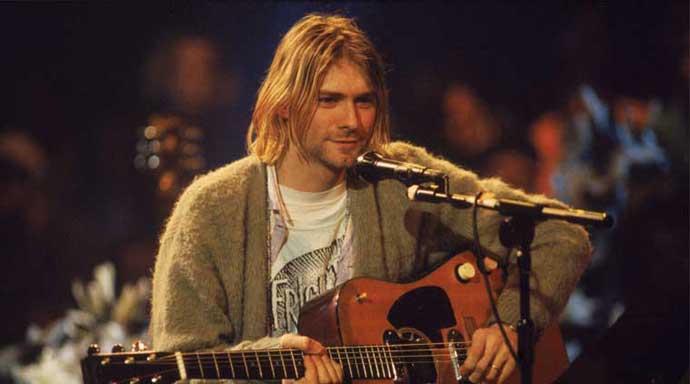 Kurt Cobain killed himself when he was just 27.

When one rises to fame, a baggage of presumption is also attached to their persona. This presumption, when coming from loved ones, is what hurts their self image in the long run. "While most celebs forget to keep in touch with their old friends once they taste fame, this phenomena also works the other way around. It's when friends mistake the celeb's constant unavailability for snobbishness that the friends take a step back, which again, leads to the said celebrity's isolation in the long run - add to that the people who're telling you only nice things about you, and you have a recipe for disaster," adds Seema Taneja.

It's this lethal combination of a rose-tinted world and the mattress of drugs that pushes most of them to a point where they can't recognise the face in the mirror, and hence the final step. What we cannot forget, however, is that depression - much like putting on weight - is a very slow, gradual process. You do not wake up feeling depressed one fine morning.

The key lies in the identification of that darkness that's growing inside you, whether it's by you or by a loved one. The first step is the hardest; sometimes even harder than reaching out for help.

#Linkin Park, #Chester Bennington, #Depression
The views and opinions expressed in this article are those of the authors and do not necessarily reflect the official policy or position of DailyO.in or the India Today Group. The writers are solely responsible for any claims arising out of the contents of this article.