A six-year-old is just too young to express if s/he wants to be part of a video or start a YouTube channel. Or even desires the multiple kinds of attention she's going to get via the Internet.

She is just six — but she has bought a five-storey property worth Rs 55 crore in South Korea's Seoul.

What helped Boram buy the property is her successful run on YouTube, a platform on which the young girl has over 30 million subscribers.

The building that she purchased is located in the Seoul suburb of Gangnam. According to CNN, the little YouTube star bought the property through the Boram Family Company, which was set up by her parents.

Boram is hugely successful but she ain't the only child earning big bucks at such a tender age. Many other children, including from India, are stars in videos that have hooked millions of views and hence, crores in cash. With comments of "soo cuteee" and "soo sweet" (with a liberal dose of extra Os and Es), the money these kids earn is growing by the views as success begets more success.

MyMissAnand has over 3.7 million subscribers and the star here is a girl named Anantya. Some of the videos featuring the little one show her hair being braided and pinned to perfection. Others show how little ones cope with the rain or just simple study hacks.

KichaTube that features Nihal Rajagopal features the culinary skills of Rajagopal, who has featured even on the Ellen DeGeneres Show. Rajagopal reportedly earns over Rs 1 lakh per video. Kyrascope Toy, another YouTube channel, shows Kyra Kanojia review toys. The channel again is a huge economic success. 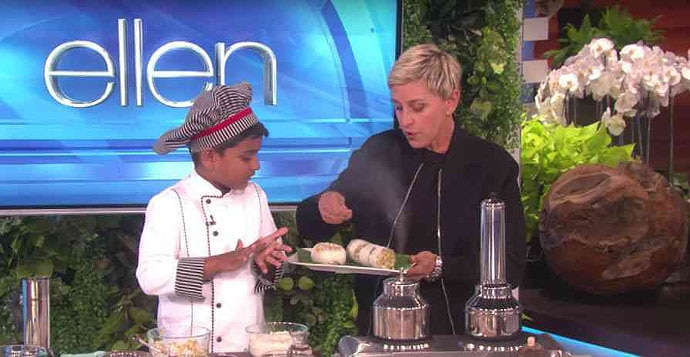 The pertinent question, however, is this — is the exposure of children to a subscriber race, that has wads of notes at the finishing line, healthy?

Is this not child labour?

According to the International Labour Organisation (ILO), "The term 'child labour' is often defined as work that deprives children of their childhood, their potential and their dignity, and that is harmful to physical and mental development."

Exposing children to such a heavy dose of social media platforms could clearly be leading to mental health issues, throwing them towards anxiety and depression.

Yes, the parents have got their intentions right but it may not be having the desired results. The effects could take a long time to show.

A six-year-old is simply too young to express if s/he wants to be part of a video or start a YouTube channel. The parents are a child's guardian and the onus is on them to ensure that this rush to earn money doesn't deprive them of their normal childhoods.

Truth be told, not all parents are in the game for money. For some, just the lure of the likes, heart emoticons and 'so sweet', 'so cute' comments are the driving factor. Money is an added benefit.

Bu the Internet is an unsafe place. YouTube channels may be better monitored by those running these businesses but making your child hungry for all the attention YouTube is throwing their way may not be such a good idea.

Your child may be happy doing it now. But there is no way for you to assess the impact it is having on their psyche. By the time you get a full sense, it may be too late.