The violence of faith: This documentary perfectly depicts the plight of victims of beef lynchings in India

‘My son should be rewarded with a job and money,’ says the father of a gau rakshak who lynched Rakbar Khan. The future of the minorities looks bleak.

In Shirley Abraham and Amit Madheshiya’s documentary ‘The Hour of Lynching’, currently streaming on the news site, The Guardian, things fall apart for the family of Rakbar Khan, a Haryana-based dairy farmer who was lynched by Hindu cow vigilantes in Alwar, Rajasthan on the suspicion of cattle smuggling. Abraham and Madheshiya’s short is a heartbreaking must-watch as it follows Khan’s wife, Asmeena, and his teenage daughter, Sahila, in the aftermath of the tragedy. Their desolate faces highlight the devastating consequences of the murder.

Asmeena is an emotional wreck during ‘iddat’, a period of mourning in purdah that Muslim widows have to observe; the latter has been forced to quit school to take over responsibility of the household. Made in partnership with the Pulitzer Center and supported by Field of Vision, the documentary’s impact is all the more potent after yet another case emerged this time in Madhya Pradesh of gaurakshaks beating Muslims on allegations they were smuggling beef.

Through the course of 18 minutes, the filmmakers shuttle from Rakbar’s grieving family to Nawal Kishore, head of Cow Protection, Vishwa Hindu Parishad, and his supporters who justify the violence and instigate hatred against Muslims who at one point are referred to as “kachrapati” [dirt]. 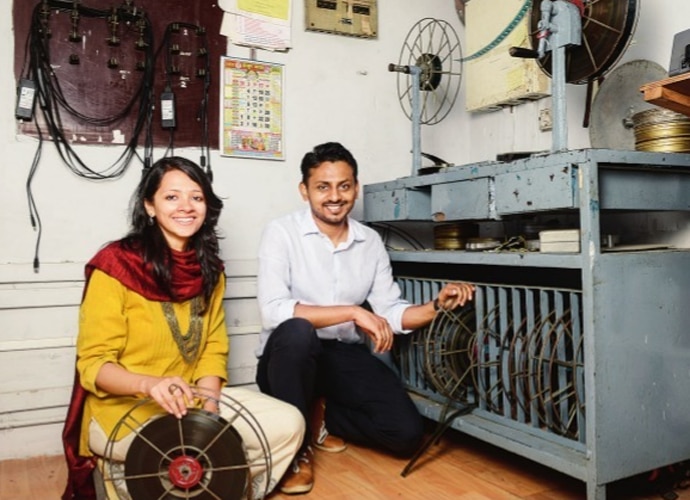 “My sons should be rewarded with job and money,” says the father of one of the accused; meanwhile Gyandev Ahuja, an erstwhile MLA of BJP in Rajasthan, salutes the ‘selflessness’ and ‘bravery’ of the cow vigilantes. “The gaurakshaks were motivated by a sense of right-doing. They were facing the camera with a belief in the necessity of their work, as a call of duty,” said Abraham and Madheshiya on how Kishore and his supporters responded to their presence.

“They were wary of us, but convinced of their own intentions and the power of the medium to potentially propagate their message. So, they allowed us access into their belief system, but not their private worlds where the consequences of their violence lay.” With each community wary of each other, ‘The Hour of Lynching’ lays bare the ugly truth and demonstrates that Prime Minister Narendra Modi’s mantra “sabka saath, sabka vikas ab sabka vishwas” will be hard to accomplish with such a divisive mindset. It’s time our PM did something about cow vigilantism in the country. (Source: India Today)

“Musalmano ki toh zindagi hi nahi rahi,” says one Muslim man, contradicting Modi’s acceptance speech in which he called upon the alliance’s elected representatives to break the ‘deceptive fear’ in the mind of minorities. While the minority is anxious about the future in The Hour of Lynching, Kishore rouses the audience with a provocative speech that boasts of the numerical strength of Hindus. Even as Abraham and Madheshiya document the mounting vitriol, they don’t lose sight of Rakbar’s family with ample time devoted to the silent pathos of Sahila in particular. ‘The Hour of Lynching’ is the second short documentary in which the award-winning filmmaking duo propel audiences to see an India that’s losing its sense of rationality and morality.

Abraham and Madheshiya quote Mark Twain’s essay, ‘’The United States of Lyncherdom’’, written in 1901 in response to the spate of racial lynching in the American south. “We are out of moral-courage material; we are in a condition of profound poverty,” wrote Twain. The writer then had to withdraw the essay claiming that society is not ready for it. “It is indeed hard to bear witness to these dark times, but we feel motivated by the necessity of it,” say Abraham and Madheshiya. “There is no solace in these works, they are bleak as the times they evoke, but that they must exist is the only solace.”

Also Read: Lok Sabha 2019: A liberal Congress supporter, I concede defeat in this battle of ideas