Want to continue living in Delhi? Then stop breathing!

Why, post-Diwali, Dante's seven circles of hell are in Delhi?

We have failed abysmally in saving our lungs — yet again. 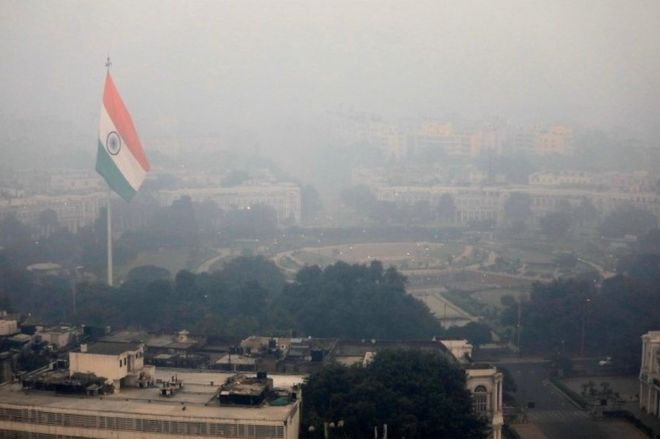 Welcome to India's capital: Residents awoke on Thursday to find the city blanketed in a toxic fog. (Photo: Reuters)

With the air quality index reaching 999 on Diwali night and the morning after, you have to stop breathing — if you want to live. As is very obvious to those familiar with Delhi’s geography — most of these are residential areas with a high density of population.

“Violating the cracker ban coupled with low wind movement are the primary culprits. Add to this the burning of crops, dust from construction sites, rubbish burning and diesel vehicles — we have the perfect recipe for apocalypse ready,” said a senior DPCC official on condition of anonymity. Ironically, the official was wheezing under an asthma attack even as he spoke over the phone.

For our latest piece, we installed a camera in Central Delhi to show what pollution in the city looks like. I think I am totally in love with the idea of combining photos and data. #DelhiPollution #Pollution @ReutersGraphics https://t.co/f70xu8bkmU pic.twitter.com/Z45IITaVMY

The situation was no better in Gurugram, Noida, and Ghaziabad, where crackers were burst as usual — the Supreme Court’s timeframe restriction for setting off firecrackers to only two hours in the night was a joke. As is the efficacy of the administration in enforcing the apex court's ban. 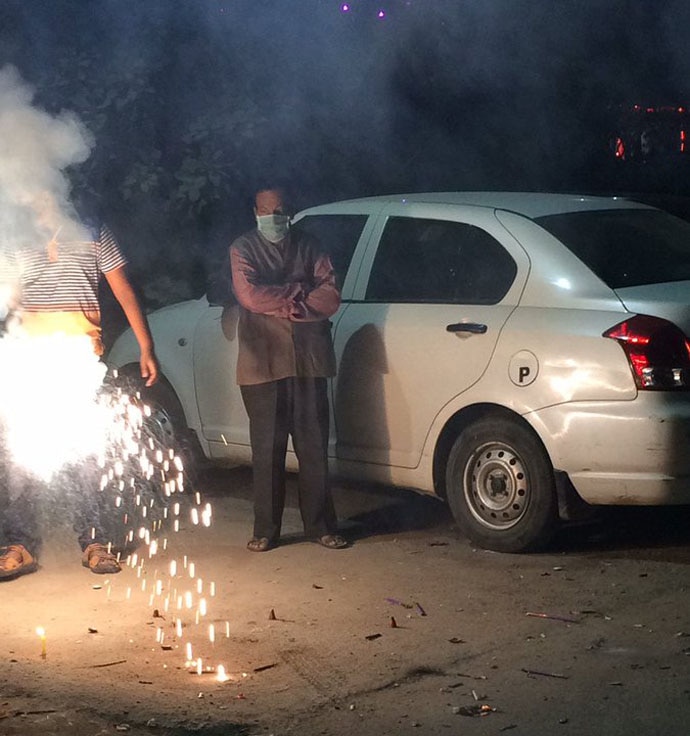 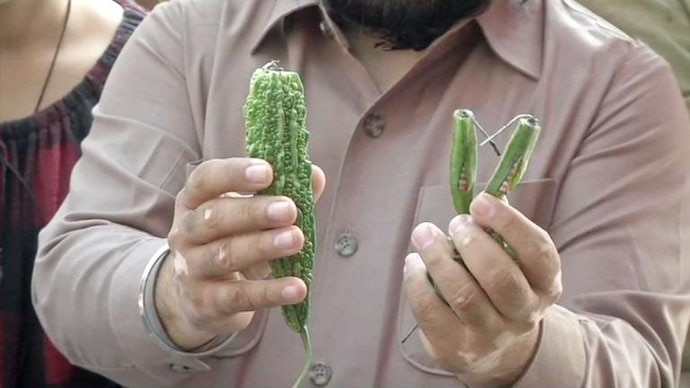 You think that is funny? Think again — can we get any more suicidal and homicidal?

The joke is on us as hospital beds can no longer contain patients — most of them are being sent back after nebulisation; no question of admitting any more patients. “The number of patients has doubled as compared to last week. It was an exceptional rise in the number of people who faced asthmatic attacks,” says Dr. Karan Madaan, associate professor, department of pulmonary medicine, AIIMS.

If you thought your bank balance could buy you health, think again.

Dr. Prashant Saxena, HOD, pulmonology and sleep medicine, Max Smart Super Speciality Hospital in Saket says that there is already a shortage of inhalers and nebulisers in the market. “The sale of inhalers has gone up with the severity of attacks,” he affirms. Dr. Bobby Bhalotra, vice-chairman, department of chest medicine, Sir Ganga Ram Hospital — another multi-specialty hospital, says that the hospital saw around 300 patients in their OPD with aggravated asthma. “The routine medicines have stopped working and we have no other option left than suggesting more inhalers and medicines to these people.”

Long ago I was told that there was no culture in Delhi but a "vulture". Today I discovered that we are worse than vultures. We feed on ourselves. How else do you explain crackers going on in brazen violation of court orders, leaving behind choking smog putting all of us to shame.

Thus, now, let us sharpen those arrows from Lord Ram’s quiver as we get set to launch them and troll those gasping for breath because of the crackers. The Supreme Court of India or even the Supreme Lord of the Universe cannot pull you up, Delhi.

Lord Ram — whose return from exile you celebrate with such aplomb — would have fled back to the forests if he were around Delhi today.

Also read: Happy festivals of pollution: Why it's so difficult to burn the Ravana inside us

Post your comment
#Pm 2.5, #Supreme Court, #Cracker ban, #Delhi air pollution
The views and opinions expressed in this article are those of the authors and do not necessarily reflect the official policy or position of DailyO.in or the India Today Group. The writers are solely responsible for any claims arising out of the contents of this article.