When I was growing up, this verse by Allama Iqbal, often quoted by my mother, was a favorite. I didn’t really understand the deep philosophy behind it, but I liked the word play and meanings.

Its layers opened for me only when I was researching for a book, Tales from the Quran and Hadith.

If one verse signifies the Prophet Abraham, or Hazrat Ibrahim in Islam, it is this. The word Islam itself means submission [to the will of God] and nothing personifies it more than Ibrahim, the only Prophet to get the title of Khalilullah or Friend of Allah.

When Ibrahim challenged the manmade gods of Babylon, Nimrod the king, had him tied to a catapult and thrown into a raging furnace. As per Islam, the angel Gabriel appeared and asked if he could help, but Ibrahim said, God is sufficient for me. And. He was because the burning coals were turned into flowers.

Ibrahim had to leave Babylon because of persecution by the king and he travelled to Canaan (modern day Palestine and Israel). His wife Sarah accompanied him.

God had promised Ibrahim that he would be father of many nations and a leader of mankind. Ibrahim and Sarah had both become old and had not been blessed with a child and sadness lingered in their life.

Sarah had passed the age of child bearing and in desperation offered her slave-girl Hajira to Ibrahim. Very soon Hajira was with child and despite her best intentions Sarah found herself envious. This grew once the baby Ismail was born. 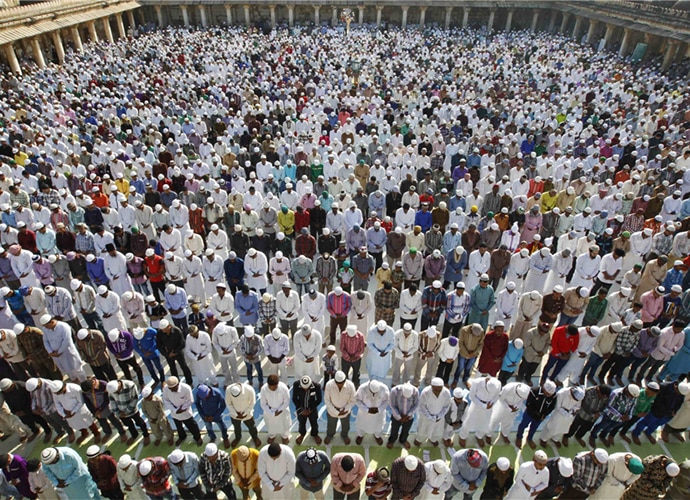 She urged Ibrahim to take Hajira to the desert and leave her there. Ibrahim was in a dilemma and prayed to God and his Lord ordered him to separate Hajira from Sarah.

“Where should I take her?” asked a worried Ibrahim.

“Take her to the valley called Mecca. It is the part of land that I created first,” was the revelation by God.

Assisted by Gabriel, Ibrahim set off with Hajira and Ismail and reached Mecca, a valley between the hills of Safa and Marwah.

Ibrahim was tested many times by God and every time he came true. He was told to leave the mother and infant and go back to Canaan.

A frantic Hajira ran seven times between the hills of Safa and Marwah searching for water as her baby wailed from thirst. Suddenly the wails of the baby ceased and a petrified mother was joyous when she saw that the baby’s pounding of his tiny feet had resulted in the miracle of a spring spouting forth.

But mothers are mothers and she screamed “Zamzam, Zamzam” [stop, stop] because she was now scared that the water may drown the baby.

To celebrate the sacrifice of Hajira, today every visitor to the Mecca who performs umrah or hajj, has to go up and down these two hills, seven times.

To date this miraculous spring is called Zamzam and its water considered blessed.

Ten years later, Ibrahim came on a visit to Mecca, which had now flourished, into a prosperous oasis, after news of the freshwater spring went far and wide. Ibrahim had never questioned God, and had submitted to his will. Now he was put to the ultimate test of devotion by being asked to sacrifice his only child, the deepest bond humans have on this earth.

Ibrahim related the dream to Ismail who happily agreed to be sacrificed.

Shaitaan whispered in the Prophet’s ear, urging him not to sacrifice the son born to him in old age, as he was unlikely to have another one. Ibrahim remained resolute, as did the child being prepared for sacrifice. The stoning of the devil during Hajj commemorates this.

Ibrahim clenched the knife in his hand and raised his arm to bring it down on his son’s neck. But before the knife entered his son’s flesh, a voice spoke out to the old man.

“O Ibrahim, you have indeed fulfilled the vision.” God had tested Ibrahim with a severe test but he had proved that his faith was true. Miraculously Ismail was replaced with a ram.

It is this sacrifice that Muslims the world over commemorate as one of the two major festivals: Eid Al-Adha, or festival of the sacrifice.

Thirteen years after the birth of Ismail, another miracle occurred and Sarah was blessed with a son, named Isaac. Today, the three major religions of the world, Judaism, Christianity and Islam all emanate from the progeny of Ibrahim: Judaism and Christianity from Isaac and Islam from Ismail.

On one of his visits, Ibrahim and Ismail also built the House of God or Kaaba, which is the pivot of Islam. Every year millions gather to perform Hajj and the sacrifice of Eid-ul-Azha marks its culmination for the faithful.

This sacrifice is not just a ritual sacrifice of an animal but a reminder to the faithful, to submit to the will of Allah, spiritual cleansing and above all sacrifice our ego, pride and greed in the path of God and remain faithful.