Daily Recco, June 11: Falafel, the street food that has songs in its honour

On International Falafel Day tomorrow (June 12), try making this popular Middle Easter cutlet that has songs written in its honour!

For a dish that is more an emotion than just food in some countries, there has to be a dedicated day. Tomorrow (June 12) is International Falafel Day. It is a day for falafel lovers to come together and celebrate their love for the chickpeas patties. It is also to encourage the falafel-newbies to give it a try. 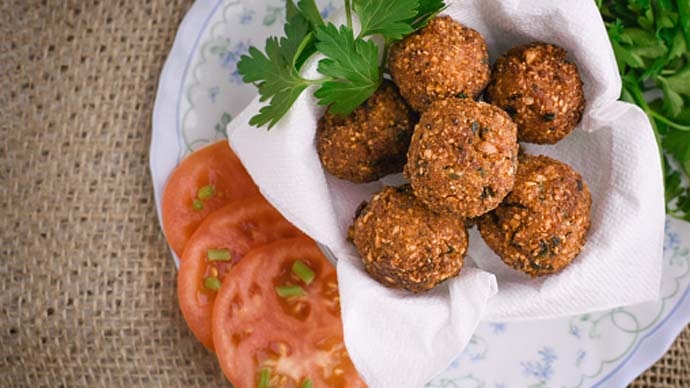 It is a staple dish in Middle Eastern, Egyptian and Israeli cuisine and popular street food. You will find falafel served in the Middle Eastern street corner joints with a generous dollop of tahini sauce.  So popular is the dish, in fact, that falafel has songs written in its honour. Sample this one by the Israeli singer named Nisim Garame:

The opening lyrics translate roughly to:

And every child in kindergarten knows that the macaroni is Italian

For Austrians in Vienna it is delicious schnitzel

The cannibals eat each other

Clearly, falafel is not just food, but an emotion! 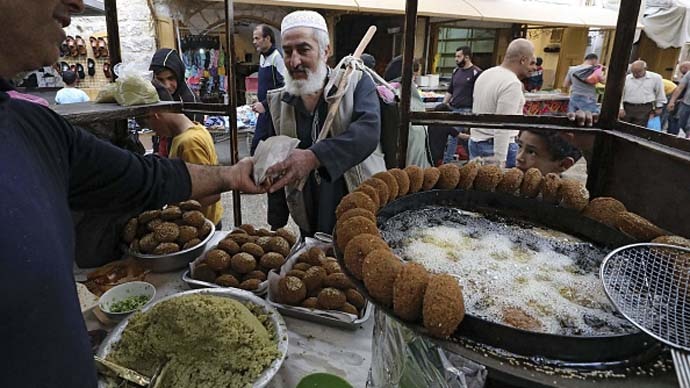 A Palestinian man receives his batch of falafel at a vendor in the city of Hebron, during Ramzan. (Photo: Getty Images)

Today, we tell you how to make it in the comfort of your kitchen, because prudence lies in staying at home and not venturing to a restaurant to sample the falafel.

Half a cup of chickpeas (soaked in water overnight)

A tablespoon of plain flour (maida)

One clove of garlic, chopped

One tablespoon of sesame paste

Half a teaspoon cumin powder

A dash of black pepper

Half a teaspoon ginger, peeled and shredded

Half a teaspoon of coriander powder

A quarter cup of breadcrumbs

A cup of vegetable oil for frying 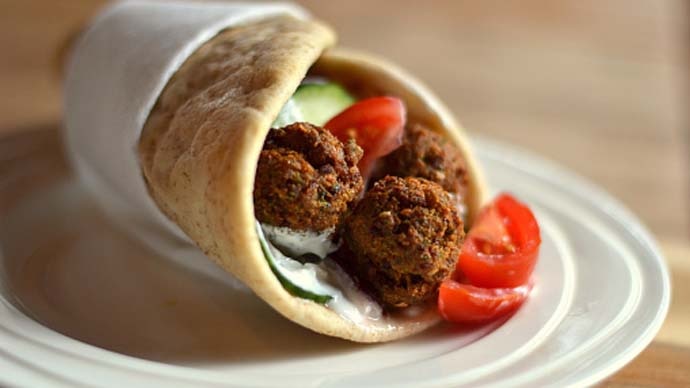 Have it by itself, or stuff in pita bread to make a wrap. (Photo: Getty Images)

Boil the soaked chickpeas for about 10 minutes and simmer for an hour.

In a food processor, blend this mixture and bread crumbs. The bread with help hold the mixture and soak any extra moisture. Finally, add the chopped coriander.

Make small balls of the doughy mixture. Slightly flatten them using your palms. This will form your cutlets.

In a kadhai, heat oil on medium flame. Once the oil is hot enough, fry the cutlets until they are crisp and golden brown in colour. Remember to not fry on high flame as the outside will get browned but the insides remain uncooked.

When the cutlets are golden-brown, remove from the oil, drain the excess oil on absorbent paper and serve.

You can have the falafel with any dip of your choice.

Also Read: Masala Khichdi is comfort food with a zing