The farmhand who could have made news

The story of a farmhand who could have been making news had he not been in hiding all his life.

His name was Triveni, about sixty-six years, never younger and never a year older. For the two decades I knew him, he looked the same - as if cast in some inglorious metal. From a distance, he had the outline of an early primate that had just learnt to walk and a gait that was more of a rock-star hop and shuffle. The jutted-out jaw with stubble and small lost eyes did give him the appearance of a grinning chimp. People would have mistaken him for one had he not carried a brick-sized radio on a shoulder and glued to his ear. His tongue darted in and out like a falcon’s, telling us whether BBC had something important to report or not.

“Gud moarning, Sahib,” he always called out to me, since I was a kid at the time I started managing my father’s farm. “Maasoom two beaks,” he held up his fingers. He meant ‘monsoon was two weeks late,’ of course. Unlike the other workers, who were barely scraping through life, he lived in his own pleasurable world of BBC Hindi News Service. 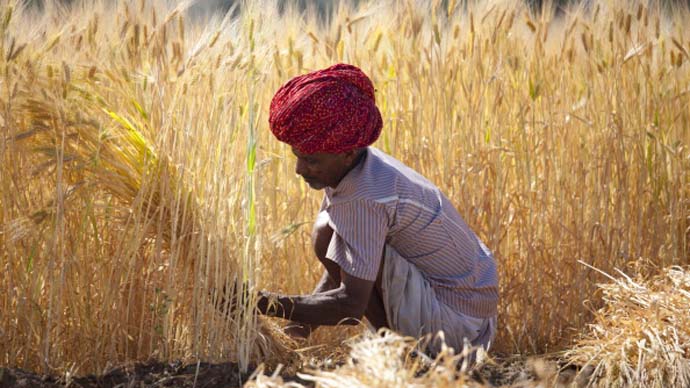 Most farms have their very own Trivenis. They never tell their stories. (Representative photo: Getty Images)

His morning began by carrying two cans of milk to our house in town, which was 15 miles away from the farm. Still dark, his bicycle drew a straight line through fields, plantations and a river, cutting the distance down to half. My mother gave him tea and a dry rusk and off he was, back the way he came. This went on for several years until one day we found sand at the bottom of the cans and concluded he was selling some of the milk and topping up with water from the river. When I mentioned this to Billa, our manager-driver, he said philosophically, “Milk turns even the gods into thieves.” I realised there were quite a few gods residing on the farm quarters, and I sold the buffaloes with the excuse that the bovines now gave milk full of sand.

“It rained fishes once,” Triveni nodded at my preposterous suggestion, “you were little, Sahib. Some things are so difficult to explain.” The innocence in that deceiving face made me shake my head after years when I found he could have been right. A water-spout over the nearby dam or a tiny tornado crossing a river can do that.

Why did I not throw him out with the animals? I think it was because no one knew where he came from or who he belonged to. He was one of the old harrows lying around rusting in the yard. You get attached to such fossils. But another reason was that he was a loner imagining he was superior to the rest. He believed he was closer to the educated, which was us, and kept us informed on the goings-on behind our backs. A double-agent with an ideology of his own, and like all great spies, he had no respect for family life. His style of broadcasting urea in paddy, his chucking a bag of wheat on his back, his spraying insecticide, every action of his had a silly swagger. Any argument he could silence with the latest news from BBC, his God.

Yet there was a secret embalmed in his chest. He wasn’t bothered about lesser folks because he was hiding out. He had committed a big crime thousands of miles away and had escaped. A farm is so far from civilisation that no one will ever look your way. For twenty years, he had survived the law. For twenty years, he played hide-and-seek. Most farms have their very own Trivenis. They never tell their stories. They made bows and arrows for us when we were kids. They found the ripest fruits and slipped them into our pockets. They defended us when our fathers raged. They were truly saddened when a crop failed.

Triveni had been sick for a week. I had forgotten to ask what his pain was. He got his medicines from the village hospital. He would smile wanly when he saw me. One day they took me to the shed where we kept wood for winter. I found Triveni lying on a bed of dead and dry mango branches. He was dead too. The lonely little ape had made arrangements for his own funeral.