Shakespeare on the farm

Every farm has one. The most despicable and infinitely dishonest of humankind. And because his conscience is so hardened by his actions, he acquires habits that may border on immoral. He betrays his brethren for material benefits like he was a village of one and had no need for long term relationships. Usually a bachelor, he could be seen slinking away on his own to town to get drunk. Every landowner loved him and spat on his shadow when his back was turned. Every farm had its mole.

We had one too. If I give away his name I would have to kill you, says the cliché. So let’s just say it wasn’t Billa, the driver-manager, nor was it any of my father’s most trustworthy soldiers. The spy was meant to, in fact, spy on them. Sometimes I felt he was reporting to my father on my whereabouts because once or twice some little detail slipped off his tongue which he ought not to have known. We did not trust this chap one bit. Someone so sly deserved to be exploited and spat out. He could be spying for some other farmland and we wouldn’t know. His allegiance was to money and that never changed. 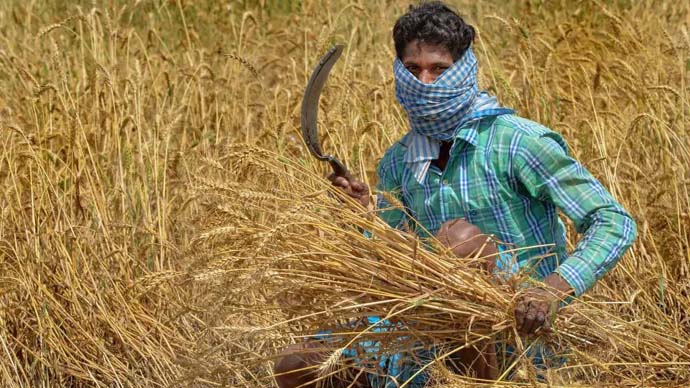 Let me tell you this man was not one man just a position like that of a judge. You didn’t respect the man, you bowed to the seat. The same way and to a greater degree, in this case, you despised the character. So if one actor went away, another took his place. You paid them a little higher daily wage than your most able worker. You gave him more for doing less but no one else got to know. In the books, his salary would be of any other man and in reality, he could be getting more than Billa, who believed he was the cat’s whiskers.

When our bicycle was stolen, my father knew who took it. When the tractor battery went, he knew where and how. When our labour migrated to another farm during peak season, my father was prepared with a replacement. When anything happened on the farm, my father was well aware in advance. We lived fifteen miles away, unlike most farmers who stayed on their farms, and still, we had a surveillance camera that floated effortlessly at eye, mouth and brain level.

One very wet day there was no work. I asked the Camera to accompany me for a round of the field. We went barefoot, obviously, with our pants rolled up till the knees. I carried an umbrella while he had a large transparent plastic sheet covering him down to the calves. As a rule, you didn’t go for a stroll without a phavda, a spade that is shaped like a hoe, in anticipation of snakes and more so to be prepared for any little surgery the field needed. A daily inspection is most important — the way matrons in the boarding school check the nails and hair of their wards every morning not so much for hygiene, but for a breakout of lice-epidemic or some other deadlier inconvenience like mumps. We saw smoke rise from the watchman’s hut on the neighbour’s fifty acres. Our rice needed a round of urea as it was a shade paler, I observed. Smoke in the rain looks more beautiful, I think for its vulnerability. It seems to draw shy patterns with the movements of a ballerina. The spy must have read my thoughts. “A fire is like us humans,” I heard him say behind me. “My mother used to say that, Bhai Saab.” This was the first time he was talking like a human and not a characterless wretched old trafficker of information, so I let him talk.

“In winter it’s a baby and you have to tend it carefully or it couldn’t survive. You put little dry twigs and then large ones until you are sure it’s going to be alright. All those sitting around it keep an eye on it.”

“In spring, it’s a child growing by the day, taken care of by teachers and still listening to what the parents tell him or her. Sometimes it gets angry but then comes running back to them. It can grow if it wants to. It has fancy ideas about life and doesn’t have the guts to get out of the house yet.”

I was probably half his age or at least looked so. Those who stay out in the sun all their lives grow older sooner. They miss most of the ages of man he spoke of. Shakespeare had said something similar to what his mother told him. He could perhaps enjoy philosophy more if he could read and write. I didn’t interrupt him for he appeared to have disappeared into his own childhood.

“And then, Bhai Saab, comes summer and youth arrives. The fire rages within the fires. It runs about picking up fights. If you don’t handle it carefully, it burns down the house. It meets similar fires and they produce more fires of their own. It’s very difficult controlling them.”

In the village, every year in May when the West Wind dries up everything to a crispy a single spark can turn a row of huts into a cinder. Smoke bellows for a couple of hours and all that is left are blackened pans and reddened mud walls. Those people had little and little it took to rebuild. The five huts behind the house had taken ten minutes one summer. I saw Chandrika and Nissar share a bidi and talk about the weather. They slept on the porch for a week until the new thatch was made. And twenty people came out of nowhere to help raise it. Even if someone had died they would have forgotten fast. That’s the wisdom embedded in poverty. They rarely waste emotions.

“Then the young boy and girl grow up,” he was saying. “The East Wind blows and there’s moisture in the air. The fire stays in the kitchen rarely going out. There are mouths to feed and the stove becomes its home. Then once again, when it is my age,” his eyes twinkled, “a new spark glows, this time in its heart. It can see how it is wasting its time looking after the four people in its life. And it is the only life we have. So he goes out on a rainy day like this and tries to play with water. But it’s too much for him and smoke, like the one rising over there in Babu Lal Singh’s field, is all that remains. His soul rises to heaven and he’s gone.”

“So what’s the lesson?” I asked after a quiet while. I realised at the moment that the spy is different from others not because he watches, but because he knows this life is all we have.

He died of an overgrown liver some years after our little talk. We burnt him with little fanfare. The men sat around smoking bidis and talking about the rains being late that year.

Also Read: How to set a farm on fire