Why farming is cruel business

A young farmer's very own Kalinga, when he wakes up to a farm strewn with disaster.

Poisons and weapons. Farm life is about the instruments of death. The whole crop-cycle begins with sharp objects — the plough, the harrow, the drill — and ends with sharper objects — sickles, scythes and cutter-blades of combines. And in those few months, the farmer must handle strong chemicals with such sweet-sounding names, Bavistin, Endosulfan, Ekalux and Celphos, that you could consider naming a daughter after them. Farmer suicides are easy and farm wars a way of life. Let me explain with an incident what I mean by these unprovoked killings, the murders in the field that I am guilty of. A smell of death and decay hung over a perfectly-preserved crop. The killer had worked only too well. (Representative photo: Getty Images)

I would have been 24 in the year when we had what looked like a bumper crop of paddy dancing in the September breeze. The rice plants were weighed down by emerald earrings turning golden. Water had been drained so that the ground was dry and hard for the heavy harvesters to go about their business, in a month, without being caught in the mud. I cut across the farm with a book in my jacket and a Walkman plugged to my ears. The year being 1988, that was entertainment then. There was little to be done but wait for the crop to ripen, so the routine became this lazy saunter and reading in solitude watched by nature.

As I surveyed the colours of the canvas before me, a few patches of yellow stood out amongst the different shades of green. We farmers look for such symptoms as does a doctor examining the tongue of a child. A closer examination threw up a shock and a reminder that a crop is considered a bumper only when it is in the bags, not a minute earlier. A brown hopper infestation was spreading and sucking out life close to the roots of the plants. Soon healthy green would turn sickly brown and we could lose up to 50 per cent of the expected yield.

Thank God for poisons. The next day the entire farm was treated to a granular insecticide called Hevvy Vate 10G (name changed). The broadcasters did mention how foul it smelled and how giddy they felt. Anyway, the 50 acres were covered completely in a costly two-day operation akin to an emergency military exercise.

When I returned a day later, I held my nose and beheld war-like devastation. Billa, our manager-driver, put a hand on my arm and told me to look down and walk. I could see why. A smell of death and decay hung over a perfectly-preserved paddy crop. The killer had worked only too well. 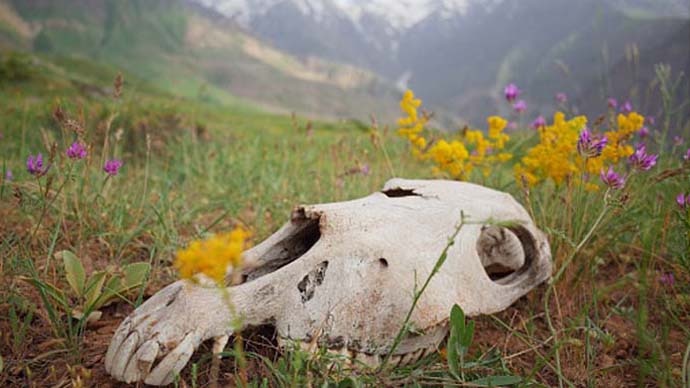 It took a month for bodies to become bones. We harvested the paddy. (Representative photo: Getty Images)

I saw a dead jackal and its pups. I saw egrets and sparrows and mynahs and magpies and kingfishers and parrots and pigeons and owls and hundreds of birds I didn't know, lying dead or dying. I saw a half-dazed wild cat pull itself out of sight with slow silent painful motions. I saw snakes, deadly and friendly, strewn like guts in a butcher shop. I saw other reptiles and mammals already rotting. I saw eagles and vultures soaring like a grey cloud, having seen the feast. I saw them alight, partake of what they pleased and die an agonising end. I saw the senseless battlefield of Kalinga. And I was the cause.

I sat down where I stood. A tottering monitor lizard came out in the open and gazed at me, no longer flicking its tongue. I don't know if I threw-up because of the spectacle before me or because my whole life had decomposed within me in a matter of minutes. It took a month for bodies to become bones. We harvested the paddy. I wouldn't know which of you may have tasted a grain of that accursed crop. Farming is a cruel business, people.

Also read | Contempt and compassion: Every village suffers it