Many years ago, on an editor’s request, I had written a piece demystifying molecular gastronomy. The trend had just landed on our shores and was making its way onto restaurant menus. My piece elicited some rather sharp reactions in my own professional community, which felt that drawing parallels to the food processing and pharma industries and certain familiar techniques (evidenced in candy floss, daulat ki chaat, Pudin Hara, or Eno tablets) belittled the siphontoting, foam-creating mavericks who sprinkled plate after plate with caviars and jellies to awe customers, but perhaps ended up confusing them instead.

My point about rationalising the use of molecular techniques to improve cooking processes — rather than become a tool for gimmickry — was, unfortunately, ignored in the general outrage. And in any case, the trend took such a hold that, for a period of time, if there wasn’t smoke pouring out of a cocktail or a dish, or a reverse spherified purée sitting inanimately in a soup spoon, the new neighbourhood bar or pub or modern restaurant experience wasn’t complete. Our surrender to a trend that was all but dead in the West by the time it arrived here was utter and complete. (No surprise there).

The clamour over that article also drowned something I had been trying to share: My learnings from observing my grandmother cook. Looking at those lessons through the lens of my knowledge of kitchen science, I could see how some of her techniques, which had clearly been passed down from her ancestors through the oral tradition, contained the germ of today’s cool. A hat tip to seasonality was a major one; only what was in the markets in the morning and in season would find its way to the table every night. My disdain for turai and tinda growing up was probably shared by many, but such vegetables formed a rite of passage to eating seasonally. 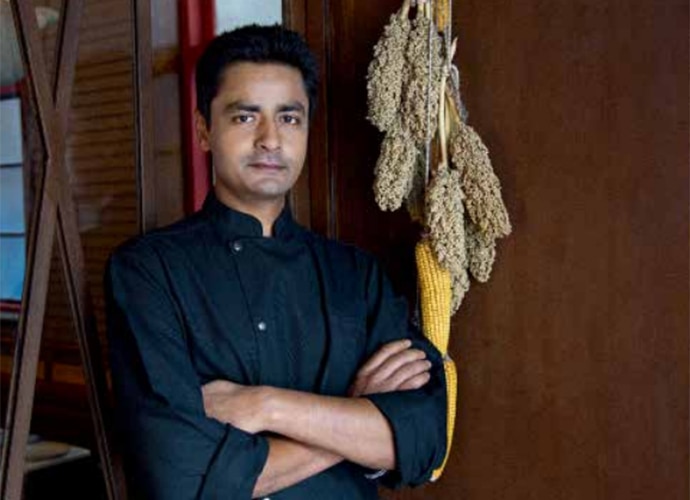 My grandmother would also sun-dry, pickle, and ferment lentils and turn them into various kinds of nuggets that could be used in the winter months to make comforting curries. A memory etched in my mind forever is of her sitting in the winter sun, painstakingly peeling the tough outer skins of carefully collected melon seeds with tweezers until she had a large jarful of them. These were washed and dried one summer and turned into the most terrific kulfi I have ever had the following summer.

Watching her bake cakes was a rare treat, and the creaming of sugar and butter would always be done by hand. There were no KitchenAids or electric beaters. The flour, baking powder, and eggs would gradually be folded in, whilst we grandkids watched impatiently, scooping up the sweet batter and stuffing our hungry faces. She’d tell us that the magic to the fluffy cake was in the creaming.

Another dish, which came to be known as one of her signatures, was a kofta that also became synonymous with the Chandra household. The mutthi (fist) kababs were an exercise in patience and careful selection of ingredients; they were fluffy yet firm, poached in a yogurt base, and slowly caramelised as they simmered down. But it was the preparation that was meticulous. The lamb was always from the chest and top hind leg. The sinew and gristle had to be completely removed, which the butcher happily did for her. The fat from near the shoulder, because easily available kidney fat would render the koftas mealy. The mincing was done through a coarse die, and twice. This would then be taken home, and blended with freshly pounded spices, yogurt, and poppy seed paste, and emulsified — again by hand. I had no idea then that the succulence and springiness was owing to cold emulsification (like New York hot dogs) and a perfect meat-to-fat ratio. Every step had a purpose, and masalas didn’t form a foil to mask the taste of quality meat, which is sadly all but the norm today. And this was heck of a task for an accomplished cook who was a pure vegetarian through her life.

And yet here we are, in 2017, speaking of classic techniques, revival of the traditional, and an almost desperate scramble to return to the roots (pun intended) of solid, honest-to-goodness food and drink with distinct aesthetics and nuances. A move away from mass-produced nosh to one that’s “in-house”, “handmade”, “house-cured”, “heirloom” and so on.

When lacto-fermentation (fermenting or pickling something in water, salt, and other flavourings such as gherkins, kanji, paani ka achaar etc) becomes the buzzword for our talented lot of hirsute chefs because the dude man of Nordic cuisine is doing it, I choose to see it as a good sign. I dare say the inspiration is slightly misplaced though, because, as a technique, it’s been around in India for millennia. But hey, who am I to question inspiration if the end result is a step in the right direction? The fact remains: So much of today’s new is going to come straight from the old.

Consider sourdough or other natural starters for bread. The effort is tremendous but so are the results. The environment, the wheat, the mill, the coarseness of the grind; all fundamentally alter the fate of a loaf. Anyone who knows that heat isn’t just about the evenness imparted by an imported oven and appreciates that a wood fire can lend a distinct voluptuousness to the humble loaf is a convert. Eaten warm, with dollops of freshly-churned butter (another technique seeing a revival) seeping into the coveted aeration holes, the product can change the cosmos for the creator.

Such feelings aren’t limited to the chef, of course; the customers are the ones who drive it. Give them something solid, tasty, with oodles of integrity and they’re hooked. They celebrate the love for biodiversity, the revival of traditions in newer avatars, and the freshness of your supply chain conquests equally. They are, much like my grandmother, a total sucker for deliciousness made sweeter by efforts and techniques — irrespective of their “in vogue” status. When one can’t possibly reinvent food any further, and many a new fad haven’t lived out a decade, the old somehow will become cool again.