Why are women not allowed to chant or study the Vedas?

I am being taught to recite and chant by a pandit who is only interested in my commitment.

Learning Sanskrit has been the most intense academic experience of my life. Till now.

In the last five years I’ve gone from self-study, to passing a school-level exam, to the tutelage of some of the finest scholars in the world at SOAS, University of London.

Sanskrit consumed my life. With the children at university and my husband at work, I never had to think for a moment of what I would "do all day". There have been times when I have begun an assignment at 9am, and only realised that the day has passed when I heard my husband turn the key in the lock, returning from work.

I imagined happily (and foolishly!) that there could not be a more intense engagement. Till now.

In the process of popularising Sanskrit on Twitter, I conceived of and became part of an initiative called #Sandhaanam. It is a valuable and highly successful service which connects students anywhere in the world with traditionally trained Sanskrit teachers in India. As part of it, I met my tutor Śrī Narsimhayya Bhat, a Bangalore-based Vedic scholar, a Yajurvedī.

After some persuasion, he agreed to train me in Vedic chanting. But I had to prove my commitment and aptitude first.

In the first eight months, I was put through the paces of proper uccāraṇa (pronunciation) on "everyday" mantras. I would not be allowed to utter a word from "Vedic" texts before I had reached some level of purity in speech. 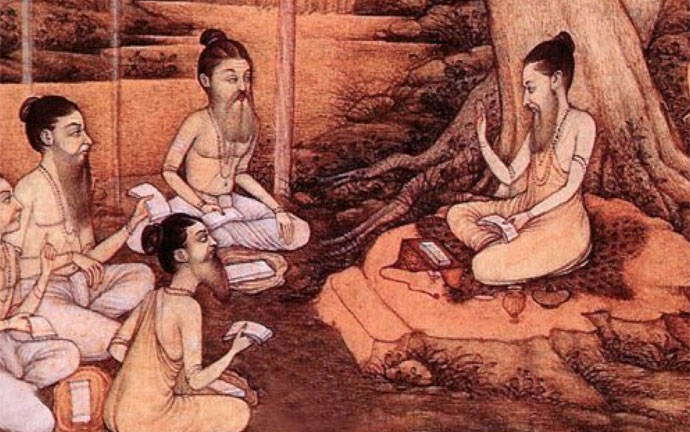 To chant even two words correctly, you need to focus on eight aspects – the aṣṭāvadhana.

How difficult could that be after eight months of pre-training?

Having memorised tracts of poetry at school, reciting Shakespeare by heart and even having trained a little in classical music, I had quite an inflated opinion of my mental capabilities. What’s more – I’ve translated verses from Kālidāsa, from Bāṇa, how much harder could it possibly it get!

Vedic chanting with aṣṭāvadhana began. You have to focus simultaneously on Vedic accents, on the length of vowels, on perfectly pronouncing retroflexed and aspirated letters, on clipping a vowel or stressing a consonant when followed by a conjunct...and holding the base musical note.

Focus on one, and one or more of the others slip! And the tutor is relentless. He keeps picking up the needle and bringing it back to the groove where you made your last mistake.

When he begins chanting after the preliminary greetings, he first closes his eyes and says Om – and from that point he is transformed. His demeanour, the depth and resonance of his voice, the clarity of his enunciation, his expression, all become semi-divine. And I feel a fearful thrill pass through me that I’ve never experienced before.

It reminds me of Vinatā’s instruction to Garuḍa in Ka. "If you feel a firebrand in your throat, that’s a brahman." And you are permanently spoiled for ordinary aurality.

You cannot hear a pop Sanskrit recitation without poking holes in it. You cannot teach students without getting "ultra-fussy" about how they are pronouncing even letters of the alphabet, let alone words or verses. At the same time, you feel a new empathy, because you yourself are struggling as a student, all over again.

Women are not allowed to study or chant the Veda. Orthodoxy still does not permit girls to receive Vedic initiation – something I am campaigning to change, and I wonder if it will be achieved in my life time. Liberal and learned saints like Swami Vivekananda have advocated and permitted it, but it still prohibited by and large.

I have never heard of girls being admitted to a Vedic school, not even one for girls. Often I hear, "but there is so much to study for spiritual upliftment" – the epics, the purāṇas, the Gītā, and innumerable non scriptural texts – why fixate on Veda?"

To my mind that brings the purpose of Veda under question. If one can achieve spiritual enlightenment without them, what are they for?

Glass ceiling or cage, however you describe it, I have been lucky enough to get a whiff of what is denied to me. Episodically, not entirely, I am being taught to recite and chant. By a pandit who is only interested in my commitment.

He is aware that he will be censured by his community even for this much – but he follows in the footsteps of giants like Swami Dayanand Saraswati and Swami Vivekananda. The journey has only just begun.

(This article first appeared on the Juggernaut blog.)

Also read: Sanskrit literature was as good as internet for ancient India

#Sanskrit, #Vedas
The views and opinions expressed in this article are those of the authors and do not necessarily reflect the official policy or position of DailyO.in or the India Today Group. The writers are solely responsible for any claims arising out of the contents of this article.