Every Women’s Day, on March 8, the attention shifts to women. There are all kinds of announcements made to 'celebrate' women — or to give out special discounts and freebies. Even restaurants and retailers are not left behind.

Just for one day — and then, it's business as usual.

I would like to submit that we don’t need this one day — we just need to be treated as human beings on all days.

A person treated with dignity, honour and respect, and given all the rights that any other human being deserves.

No more, no less.

In India, we worship goddesses, but when it comes to a woman, we either treat her as property — like that of a husband, or a burden that a father has to unload by marrying her off to someone. Or, a toy made especially for the sexual entertainment of men. There are, of course, many shades in-between — brothers will protect their sisters, sons will worship their mothers, husbands all want virgin wives, and the rest are seemingly game for everyone else. 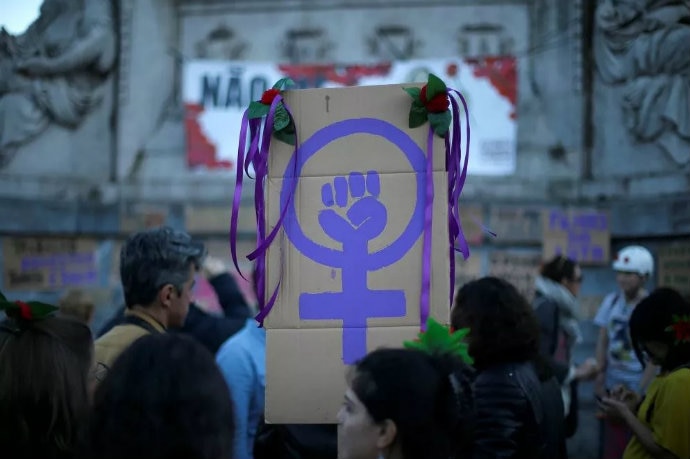 We are human beings. With the same rights and dignity as men. Why is that so hard to get? (Source: Reuters)

A woman never has her own agency where she is a human being first, with her own mind, intelligence, abilities, limitations, desires, ambitions and a lot more.

And why do you feel the need to protect your mother, sister, wife or daughter? Basically because men haven’t been taught how to behave with a woman?

I am a lot of things, which together make me who I am. I am an independent journalist, a woman, a professional, an activist, a child sexual abuse survivor, a mother, a rape survivor, a practising Christian, a daughter, a sister and also, a food critic. All this and more makes me who I am. So I don’t want to be categorised only as a woman whose value is diminished because I am a CSA and a rape survivor. Because my worth and value do not come from my body parts. There is a lot about me that is valuable and worthy and that is the way I would like to be treated. If there is anything that society should do, it is to rethink how they are going to honour women on Women’s Day — and all the other days of the year.

Here is what I think needs to change.

Change the way we bring up our boys.

I am still reeling at the way cricketer Hardik Pandya spoke on an episode of Koffee with Karan (KWK), where he shared the couch with K L Rahul. I mean, I am a cricket fan, I try to watch as many matches as I can and I haven’t missed any of the major tournaments either, but the way Hardik spoke about women in that episode — which, by the way, has been deleted since — really needs to be spoken about. Wake up and smell the Koffee — it's time we raised our boys much better. (Source: YouTube screengrab)

Agreed, a lot has already been said, but I'd like to point out how parents are bringing up their boys. Hardik was so cool about his relationship with her parents, and they seemed to be really proud of their son’s escapades. Hardik didn’t think knowing the name of the woman he was planning to sleep with was important — and his parents were cool about all of it. Rahul, on the other end of the famous KWK couch, was apparently envious of Hardik’s parents. “His parents are so cool”, he said almost wishfully.

What’s cool about your son not treating a woman as a person? She is not merely a thing for sexual gratification. If Hardik’s parents think nothing is wrong with their son’s behaviour, then that is exactly what is wrong with our society.

Hardik’s parents are not the only ones like this apparently though. That is the way many parents in India think. My aunt often quoted a saying, popular in the Hindi-speaking belt, which sums up what we think of our boys, “Hamara ladla toh peetal ka lota hai, maaja toh saaf ho gaya’, (Our son is like a brass mug, you scrub it and it will be clean). It just means no amount of sleeping around will tarnish our son — but a daughter is another matter.

In Hindi, it is always ‘uski izzat loot gayi hai’ (she's been robbed of her honour), and by default, that of her whole family. Because a woman’s honour seemingly lies in only one of her body parts — who cares about her brains, her talents or any other abilities? Society takes sides. And where they generally go is fairly predictable. (Source: DailyO)

Shouldn't, therefore, the focus be on bringing up your boys in the right way, so that they learn that a woman is a human being first? And that she has the same rights as your son?

But we, as a society, are also ready to rehabilitate many men officially charged in the #Metoo movement. While everyone is very bothered about the 'naming and shaming' of the man, is anyone bothered about the woman who has suffered for decades, sometimes in silence? While the men lead their lives, supported by society, the women are still trying to pick up the pieces — case in point, Vinita Nanda, whose entire career was reportedly destroyed. I could continue listing many serial offender men who have been named as such and who are doing better than before — while the women are left to deal with law suits and defamation cases. It’s one of the reasons I decided not to name the former UPA minister who sexually harassed me, though I wrote about the incident.

So, what is it that I am asking this Women’s Day? Just treat us as human beings with bodies, minds, talents, abilities and limitations. No more — no less.

Just please, for heaven’s sake, don’t reduce us to a body part.