Indian Wine Day: Why we must not forget those who were behind the idea

Keshav maintains a low profile and yet, as executive director of the Lalit Suri Hospitality Group.

With his gentle eyes and childlike smile, Keshav Suri doesn’t appear to have the fire and brimstone that we stereotypically associate with an activitst.

Yet, he was one of a handful of people who defied the establishment and challenged a discriminatory law that no one wanted to bury – namely, Section 377 of the Indian Penal Code, which criminalised gay sex.

Unlike his father, the late Lalit Suri, who was flamboyant, faultlessly hospitable, and had important friends across the political spectrum, Keshav maintains a low profile and yet, as executive director of the Lalit Suri Hospitality Group, he has quietly turned the hospitality industry into an agent of inclusion.

After an extended stay in the UK, where he studied Law and Business at the University of Warwick, and then pursued a Master’s each in International Management at King’s College, London, and got an LLM from the School of Oriental and African Studies (SOAS), Keshav announced his return in style by launching the nightclub Kitty Su at The LaLiT New Delhi more than seven years ago.

It wasn’t just another nightclub.

Kitty Su is famous today for being not only a top entertainment destination (its resident deejay is wheelchair-bound), but also a safe socialising space for the LGBTQ community. And Keshav has done more.

The LaLit Group, whose footprint today extends from Bekal in Kerala to London, via Delhi and Srinagar, has been providing mainstream jobs – and self-respect – to transgendered people (at Oko, the new rooftop restaurant at The Lalit New Delhi, you are likely to be served by one of them) and Kitty Su’s ‘drag queen’ parties offers them a channel for self-expression.

The hotel has trained acid attack victims to become florists and they put together the floral decorations used in the rooms and public spaces.

The group, under Keshav’s leadership, has reached out to the truly marginalised sections of the society.

Beyond his LGBTQ activism, Keshav is also a food and beverage visionary.

Oko, that offers some of the most spectacular views of the city from its 28th floor perch, consciously uses herbs and vegetables grown in the chef’s garden in Chandigarh to keep its commitment to sustainability.

Its Thai curries therefore taste fresher and have a bite that you wouldn’t get from out-of-the-packet pastes. 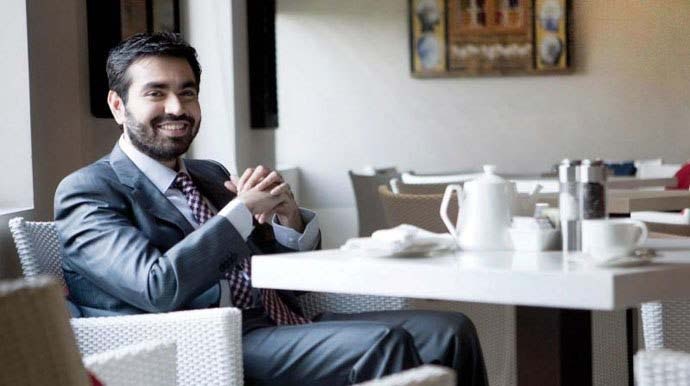 If only all hotels could follow in Keshav's footsteps. (Photo: India Today)

My favourites at the restaurant, though, are the sake and winepaired sushi and sashimi platters.

It reminded me of the ‘Nannery’ that Keshav had launched at the Baluchi, where diners were offered a selection of Indian breads, each paired with a special chutney, designed to be the perfect accompaniment to wine.

Talking about wine, The LaLit Group was the first Indian hotel chain to promote the idea, jointly with the Delhi Wine Club, of an Indian Wine Day – this November 16, too, each of its 13 hotels will dedicate the day to the promotion of Indian wines.

If only all hotels could follow in its footsteps!

What could be a better growth driver for the Indian wine industry, which forever complains about being treated as a pariah in its own backyard, because hotels, restaurants and wedding organisers are all equally disdainful about Indian wines.

Keshav isn’t – but then, he is not a regular guy.

Also Read: Beyond long lashes and luscious wigs: Drag is not only about sexuality. It's a struggle to be heard