IPS officer Rema Rajeshwari writes of what she learnt about the deadly dangers of digital illiteracy, and what can be done to control it.

The world around us is changing, inevitably so. If evolution has taught us anything, it is the fact that change has its own spontaneous momentum. But a few not-so-spontaneous events, led by the rapid expansion of technology, are constantly proving that cognitive evolution has taken rather a downward turn — far from well-intended consequences for humanity.

Through our unmindful ways, we have allowed technology to make victims out of humans.

We fail to be in charge of what we created due to our over-indulgence with human intentionality. Technology doesn’t always lead to the great promises it brings with it — it also tends to influence our biological impulses towards rage.

I had a tryst with this tragic realisation around the last week of March in 2018, when I was working as District Police Chief of Jogulamba-Gadwal District in the southern region of Telangana. 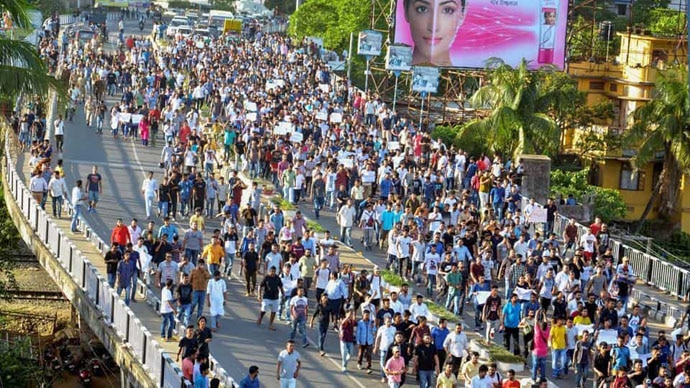 People march in Guwahati to protest the lynching of two men in Assam’s Karbi Anglong district, over suspicion of being 'child-lifters'. (Photo: PTI)

In law enforcement, we are well aware of the fact that there is no credible way of predicting a person’s propensity to commit a crime. There are times we witness seemingly normal and non-violent persons engaging in violent criminal acts. Now, add technology to this and the unpredictability becomes a challenge too huge for us to handle.

My realisation of the gravity of this problem was not instant.

In the summer of 2018, social media was yet to find its place in our crime records under one of the many ‘crime heads’. And ‘mob lynching’ was unheard of in this part of the state. We were going about our routine policing activities. During one of the weekly review meetings I was holding with the ‘village police officers’ (constable officers assigned to a village or a cluster of villages to drive our grassroot-level policing activities, who work in close coordination with communities), one officer shared an observation — something unusual from the hot and dry countryside that he had never witnessed before.

In the four villages that he visited that week, people were sleeping indoors as night fell — a strange sight for the sweltering heat of March. In this region, houses are small and the size of the family huge. In summers, everyone prefers to sleep outside in the courtyard. To his seasoned cop eyes, this was mysteriously strange.

I heard him and decided to send a team of police officers to various parts of the district to investigate what was making the villagers anxious.

The officers returned with a rather outlandish report — most of the villagers were terrified of a video they has seen on local WhatsApp groups, along with some images and voice messages warning them of a dreaded criminal gang — the Parthis. 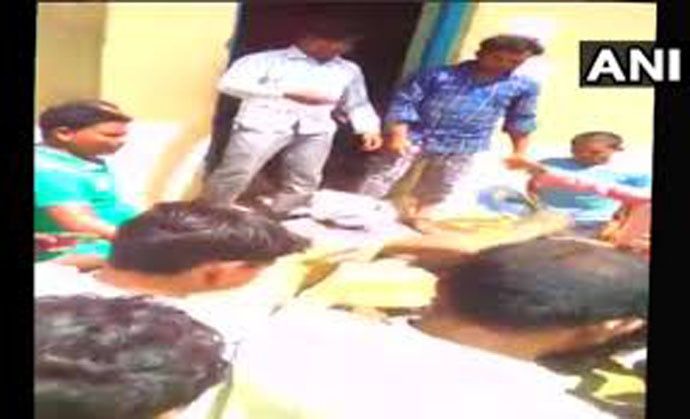 In July 2018 in Maharashtra, five men were lynched over similar rumours of child-lifting. (Photo: ANI)

Back in the 19th century, Parthis were prolific hunters and became a big challenge for the British post-the 1857 revolt. To keep these fierce tribal communities in check, the British brought them under the Criminal Tribes Act in 1871 and branded them criminals. Even though the tribe was denotified as ‘criminal’ in 1952 and rechristened as a ‘nomadic tribe’, that public perception stayed intact, stigmatising them as outcasts.

In parts of western and southern India, some members of the community still engage in criminal activities.

The gory video that went viral had the visual of a man being ripped apart and his organs pulled out by a group of four. It was a deep-fake and was circulated as an act allegedly by the Parthis.

What followed was a state of mass hysteria.

No one stepped out after six in the evening. Kids weren’t allowed to go play. Women who went to work at the farm early in the morning had to be accompanied by Kavalkars. Even beggars ran away, fearing lynching. Panic calls to the police control room went up.

The marrow-deep trust the villagers had in friends, family and community made them more likely to take forwarded rumours and graphic warnings at face value.

Initially, we couldn’t make sense of what was going on — but as soon as we sensed the lurking danger in these social media rumours to incite violence, I called for an emergency training session for beat and village police officers.

They were taught the basics about fake news and how to identify low-credibility content on social media. My team mapped the areas where social media-instigated panic was intense. These officers went door to door in over 400 villages and tribal hamlets to interact with the locals.

The idea was to give the citizens a strong sense of safety, teach them ‘self-regulation’ while using social media — and also to create awareness about the legal consequences of taking the law into their hands. 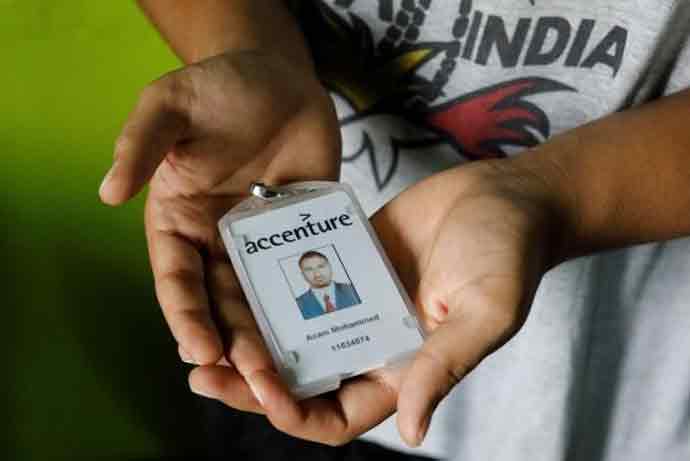 In our efforts to find a local antidote to a global issue, we even roped in ‘town-criers’ — locally known as 'dappu artists' — and trained them to convey our message to the residents.

There were close to 23 incidents over a span of three months wherein the villagers formed themselves into stick-weilding mobs and unleashed attacks on strangers. Any outsider who entered the village was restrained. The air was filled with the fear of the ‘other’.

Through all this, we were fighting a battle both online and on ground. A small group of tech-savvy cops kept watching the local social media space for low-credibility content, malicious messages and gory videos. As soon as we spotted them, the admins were contacted and counseled to take them down.

With the consent of the village sarpanches and group admins, some of the village police officers added themselves to local WhatsApp groups and kept educating the members not to forward fake messages and deep fake videos.

Around May-June ’18, we saw media reports about mob-lynching in various parts of the country. However, in Jogulamba-Gadwal district — by going beyond the core mandate and the call of duty — every police officer spent a few hours daily, reaching out to these mostly illiterate communities and thus averted lynchings fuelled by social media rumours. WhatsApp and other social media platforms seem to be retarding our cognitive evolution. (Photo: Reuters)

In the meantime, a doctored educational video from Karachi found its way to the villages, fuelling child-lifting rumours, and leading to a spate of violence.

Community outreach campaigns and our numerous interactions with the community gave us interesting insights into probably one of the biggest law enforcement challenges we faced last year.

Internet penetration was more than what we assumed — people who couldn’t read or write were using social media. Cognitive laziness was a major cause behind virality of malicious content. Rationality rarely won over beliefs, leading to fear-mongering.

It became evident that traditional policing strategies wouldn’t be effective in tackling this pickle we found ourselves in. So, we chose “Focused deterrence”.

Our responses had to be quick and local. Spotting potential trouble makers, watching for potential disturbances, mapping areas with high-internet penetration, with high communal sensitivity and a history of past political faction violence and villages with a higher population of youth were part of the strategy.

In addition, swift legal action on violators and most importantly, notification meetings — where we took the community into confidence about every effort we made to fight the fake news menace — formed part of our ‘focussed deterrence’.

The most effective intervention that came quite handy was the village-based cultural programmes conducted by our ‘police cultural troupes’. A small group of cops who could sing and dance taught the villagers through folk songs written in the local dialect about the pitfalls of social media rumours.

We use #Storytelling to establish a Connect with communities‘Police Cultural Troupe’ has done amazingly well to demonstrate how civic education revolutionises Police-Community relations and brings about legal awareness in remote villages. Team is seen in Moosapet #ChildSafety pic.twitter.com/ly9fk5Od0l

The reason why I decided to resort to these ancient modes of communication (town-criers) and local story-telling traditions was because the mobs were exhibiting defensive aggression unintentionally. They were not hardened criminals — they were just people who feared for the safety of their children and closer ones.

Though successive governments have enabled them to access technology, not much has been done towards digital literacy.

The most basic human trait, wherein we are biologically pre-disposed to violence in situations of danger, was certainly overlooked. Social media triggers that human defense mechanism and makes people explode in rage, leading to mob violence.

In my opinion, this is the primary reason behind mob lynching, as the fear of outsiders or of members of certain sections of society is heightened by social media. Mob violence is nothing but rage-induced aggressive response. India was already vulnerable ground due to the many faultlines prompted by pre-existing societal prejudices — social media served as the perfect tool to exploit it.

A vast majority of rural Indians are highly susceptible to manipulation, due to ignorance and lack of literacy. 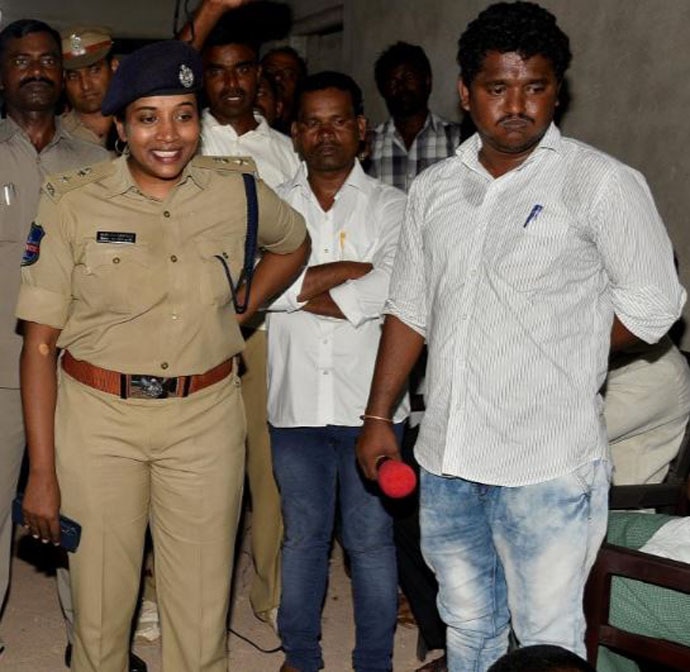 Rajeshwari during an awareness campaign in Gadwal. (Photo: Reuters)

Fake news has the potential to incite violence and disrupt public peace and order, not just in a politically charged environment but also in peaceful communities. Sometimes, it gives people a malignant anonymity, which can be potentially used to propagate a vicious agenda.

Social media apparently gives one a state of impunity to say anything under the cover of anonymity. Most people are not using social media in an evolved fashion, as a result of which it exploits their cognitive laziness.

At a macro-level, we need a robust public agenda to deal with this issue by involving all stakeholders. Unfortunately in India, there is an undue focus on the integrity of political communication enabled by digital platforms, at the cost of overlooking the impact these platforms have on the everyday life of average citizens.

There must be an earnest attempt towards platform accountability and digital literacy. We have seen numerous instances across the globe on how the data-driven business model undermined the integrity of liberal democracies.

Democracy is essentially and fundamentally people. It's time to shift the spotlight from the cacophony of the digital revolution to strengthening the fundamentals.

#Mob violence, #Lynchings, #Social Media, #Fake news
The views and opinions expressed in this article are those of the authors and do not necessarily reflect the official policy or position of DailyO.in or the India Today Group. The writers are solely responsible for any claims arising out of the contents of this article.