The Kathua Case: Why the Kathua gang-rape and murder verdict is no reason to celebrate

We all like to believe that every problem has a solution. When we begin to doubt that idea, we want someone else to remind us of that. We are often told every night has a morning; every tunnel will lead us to light. When there is no one around to say that, we repeat the lines to ourselves in our heads.

The celebrations breaking out over the Kathua verdict are nothing but us telling us: Every night has a morning — this is ours.

In 2018, an eight-year-old was gang-raped and killed. Details of the horror perpetrated on the girl left many of us speechless and agonised. But the case gained more traction because it became a communal issue. People sparred over it on Twitter and Facebook. So, on Twitter and Facebook, today many are rejoicing, saying justice has been served with six of the seven accused being convicted by a local court in Pathankot. 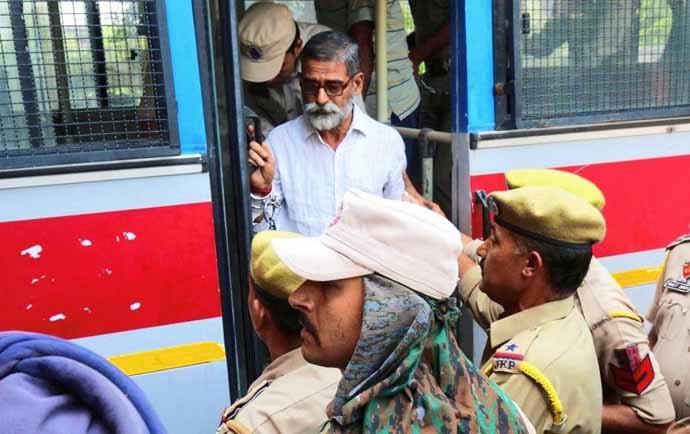 The Kathua Case: Six people have been convicted for the rape and murder of an eight-year-old girl in Kathua. (Photo: Reuters)

It is indeed a welcome judgment. The conviction rates in cases of crimes against women must rise to deter more men from raping women and children.

And that is why the celebrations breaking out over Kathua must pause.

In the past month or so, we have had umpteen cases of girls as young as three being raped and left for dead.

In the state of Jammu and Kashmir itself on May 9, a three-year-old girl was raped in Sumbal, in north Kashmir’s Bandipora district.

The minor girl was allegedly raped just before iftar according to the complaint filed by her family. A relative of the minor said that the accused lured the child with candy, abducted and then raped her. The family found her in a nearby area and informed the local police.

In May, a 20-year-old man allegedly raped a minor in Kashmir’s Ganderbal area.

In Madhya Pradesh’s Bhopal, a nine-year-old was raped and strangulated, on May 9. Her body was found dumped next to a drain — close to where she lived with her family. According to a PTI report, the child died due to strangulation. She had stepped out of the house to buy something around 8 PM. The police found the body next day around 5 AM.

They were all children whose cases may or may not reach logical conclusions because these cases have failed to become a national issue of debate.

Because their cases did not lead to people tearing each other apart on social media.

There are many more girls whose cases do not even reach police stations, either because of social stigma or the perpetrator being too powerful to be taken on. The Front Page: But millions of cases fail to find any media attention. Will they simply die, like their victims? (Protest: PTI)

The death of the Kathua victim was brutal and the outrage it evoked was warranted — but what about cases that do not evoke national outrage?

How can we then say that justice has been served when some girl or women is being raped in some part of the country even as you are reading this?

It is naive to call the Kathua verdict a victory of the justice system of this country.

Speedy trials come after anger spills onto the roads and photos of outraged people are carried on front pages in newspapers, when the stories get prime time coverage on national TV.

For countless others, the night has been unending. The tunnel too dark, too dreary. For them, there is no light.

Hold the celebrations — think about them.