In recent times, environmental stress, financial pressures, family commitments, unrealistic professional expectations and a host of other stressors are manifesting in people of all ages and walks of life.

Compared to the West, India is in a better position when it comes to tackling mental health issues during times of crisis such as these. The family structure, though under some pressure, is still holding up. However, there are cracks emerging within a large segment of migrant youth stuck in isolation in urban areas. Comprising educated, skilled and semi-skilled workers, they represent a diverse cross-section of people from the societal melting pot that India is. The telecom revolution no doubt has made it possible for people to remain in touch. But is that enough?

While there are several online helplines, these are woefully inadequate to meet the growing demand of young people with issues that need to be tackled. My recent experience as a visiting professor at Ashoka University where kids reached out to me for myriad issues, and the challenges of remaining a sounding board for two daughters in college in the US, has highlighted the growing need for informal counselling platforms for young people to share their anxieties, fears and aspirations with someone who will not be judgmental.

As I was browsing through my old papers, I came across a piece that I had written for the IAF’s Flight Safety Journal — Talk to Someone, it Helps. 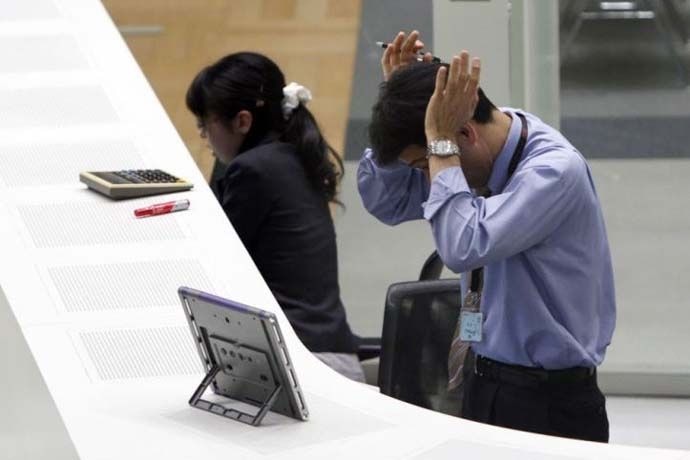 Let us face it: stress in service and human endeavour is inevitable. (Representational photo: Reuters)

The article emphasised the overwhelming importance of mental health in-flight safety, and I could not but help superimposing the same on today’s situation that we are facing. Notwithstanding the complexities of high-altitude and counterinsurgency deployments, the armed forces are relatively better placed as compared to the stressful corporate world. This is primarily because apart from the formal mental health mechanisms at Military Hospitals and stations, there is an informal set-up that is based on community living, teamwork and group dynamics, all of which positively impact not only professional lives, but also personal lives.

In recent times, however, environmental stress, financial pressures, family commitments, unrealistic professional expectations and a host of other stressors are manifesting themselves within the armed forces too. We hear of cardiac problems and diabetes at ridiculously young ages, increased marital conflict and other psychosomatic disorders. Consequently, there has been a collective endeavour to look at these as a danger to both operational effectiveness and general well-being. I guess the same holds good for all walks of life.

Having gone through a fair amount of professional and personal stress over the years myself (and I daresay that most people of my age and service would have experienced the same), I have always striven to understand it and share whatever thoughts came my way in various formal and informal forums. Let us face it: stress in service and human endeavour is inevitable, particularly so when the safety of human lives and expensive equipment is at stake, be it in times of peace or conflict. Therefore, the first step in effective stress management is to face it headlong and not run away from it.

Typical responses or attitudes that reflect an individual or team that displays this approach are a 'can-do attitude' or 'We/I have a problem — let’s tackle it' kind of an approach. The other approaches that could help are 'we have made a mistake — let’s move on after facing the consequences' and ‘so what if we/I have not succeeded this time, let’s try again.' There are so many positive statements and actions that can make adversity seem trivial and surmountable.

The second strategy that has particularly helped during several of my leadership assignments has been the process of leveraging the benefits of ‘positive stress’ for both organisational and personal growth, while at the same time, mitigating and restricting the negative impact of stress on the individual and the team. However, this is where things can get tricky, since the onus of separating the ‘good stress’ from the ‘bad stress’ rests largely with the leader. How much to push, when to push and who to push are extremely critical.

My last strategy for tackling stress relates to the effectiveness of a ‘people-centric and informal approach’ to stress management as against a more formal counsellor and therapy-driven approach that is gaining popularity. While I am not discounting the importance of such formal mechanisms, I would still reiterate the effectiveness of the former in acting as our first line of defence. It is in this context that I would urge the youth to talk to their friends, colleagues and seniors about their problems, however trivial they may seem to be. I would also suggest to leaders in diverse fields to devote more time to lending a patient hearing to those in distress; it will always be time well spent!

The two main impediments to this approach are current trends of ‘protecting privacy’ among the younger generation and the reluctance of many in my generation to shift focus from upward mobility and climbing the pyramid to helping others solve their problems. We need to reflect more on such issues if we want to run organisations that are adaptable, effective, efficient and empathetic. There is much that today’s youth can learn by talking to their friends from the military, or for that matter, to an organised body of senior retired military officers and their spouses who would be willing to speak to young people over the phone, on the internet or in-person on any issue under the sun.

Talk to someone, folks — it really helps!

Post your comment
#Psychological health, #Armed Forces, #Stress, #Mentalhealthawareness
The views and opinions expressed in this article are those of the authors and do not necessarily reflect the official policy or position of DailyO.in or the India Today Group. The writers are solely responsible for any claims arising out of the contents of this article.

The writer is a retired Air Vice Marshal from the IAF, a military historian and strategic commentator.