Here are 9 successful business leaders who make the most of their morning routines and their lives. (PS: Look for Warren Buffet!)

Where we can wake up without a care in the world, at our convenience, slip our legs into warm bunny slippers, be handed a glass of juice before we even get out of our room, then lounge around on the grass and cuddle with our pets till our cheeks hurt and our bodies feel blissed out.

At least this is what I thought the morning routines of the world's most successful millionaires might look like. But well, it's not as easy-breezy for them.

It definitely might be different from that of a normal officegoer though.

Here are the morning routines of 7 extremely successful people you can take your tips from.

Google boss Sundar Pichai has a typical Indian-style morning. He wakes up between 6.30 to 7 am every morning and reads a "physical paper every single morning, which is either Wall Street Journal or New York Times". He starts his morning with his protein: an omelette, with toast. This is accompanied by a steaming mug of tea. 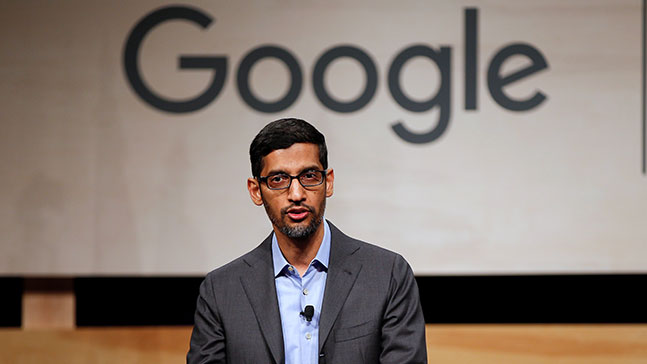 Pichai's Monday routine though, involves setting aside time to make his plan for the week. He does this before going to the office as once he steps inside his office, his team and other work demands his attention and by then, it is too late to make a plan.

This helps him take stock of the week in advance and get down to the handful of things he wants to accomplish during the week. This also helps him be intentional about what he does and when problems show up, they don't catch him off-guard.

The world's richest man, Elon Musk, sleeps at around 1 am and typically wakes up at 7 am, getting 6 to 6.5 hours of sleep every day. This is his sweet spot; something he has discovered over the years. He feels that if he doesn't get enough sleep, he is quite grumpy and cannot get much done since his mental processes get affected. He usually skips breakfast to save time and occassionally grabs a coffee and an omelette. Though Elon is known to be a workaholic, he always finds time to shower because that is how he gets many of his ideas. 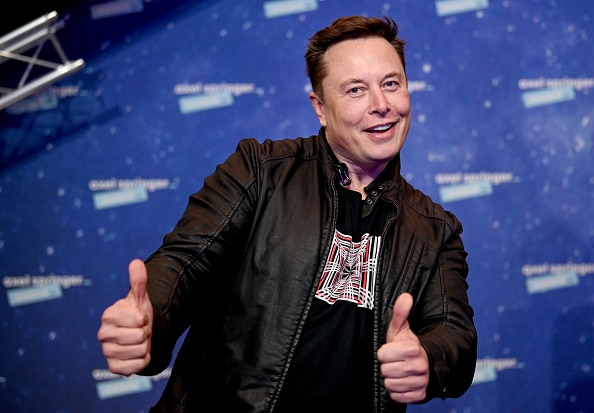 In a podcast with Joe Rogan he confessed, "I wouldn't exercise at all if I could," although he does spend some time lifting weights and running on the treadmill while watching TV. He also dabbles in taekwondo, karate, judo and Brazilian jiu-jitsu.

The majority of Musk's work hours (at least 90% according to Quartz) are split between Tesla and SpaceX.

Someone even tried recreating the same morning routine and this is how it went:

Former Pepsi CEO Indra Nooyi used to wake up at 4 am every day, at least when she led Pepsi. She would wake up and read through books, or her mail or the documents for the day and then get to work by about 7-7.30 am. Well, that means a lot about how passionate she was about doing what she does well; i.e, leading Pepsi to great heights.

Robin Sharma, the writer of the 5 AM Club, shared interesting insights from his consistent morning practices that have changed lives of many across the globe.

Please study this model from The 5AM Club. It’s called “The Twin Cycles of Elite Performance” and once you learn/apply it, it will help you work x2 less and yet be x3 more productive. Masterwork gets done by rested people! #the5amclub pic.twitter.com/k5iQxQTfnR

As per Robin, one of the most important things a human being can do is press the pause button each morning while the rest of the world is asleep and ask yourself, 'How can I fortify my mindset? How can I insulate my heartset? How can I optimise my healthset? How can I escalate my soulset ... so that when I walk out in the world, I'm creative, I'm productive, I'm compassionate, I radiate positivity, and I have resilience in case I get knocked down?'

We live in a world of tectonic change.Morning routines + nightly rituals and your nutritional plan and your work habits are the regimes that deliver staggering success. ??Claim your free copy of the audiobook of my #1 bestseller The Greatness Guide here: https://t.co/3bz7N1ZyUw pic.twitter.com/OJSdSENvvz

Robin Sharma's approach to a morning routine is unique and simple and called 'The Victory Hour'. Robin follows this because it absolutely gets him in the flow and sets him up to succeed for the rest of the day. He follows a 20/20/20 formula; meaning you spend 20 minutes in three sets of activities, making it a golden 60 minutes.

Robin starts by exercising and really breaking a sweat because exercising helps release something called BDNF (brain-derived neurotrophic factor) - which really optimises the brain. It also releases serotonin and dopamine, which make us feel good and set us up for happiness and productivity throughout the day.

Then he reflects by meditating, praying, journaling, or sitting in silence with his thoughts, or doing whatever else is needed to do to reflect on himself.

And finally, the last 20 minutes is to grow. This is when he asks himself tough questions like, "What are my priorities today? How do I need to show up in my life right now? What do I need to change to be a better version of myself?" Oprah Winfrey starts her "beautiful" day when she wakes up each morning by 7:23 am (without an alarm clock). She takes her five dogs out for a walk (at least she's got the cuddle with the dogs thing right), has a perfect caffeinated-decaffeinated coffee (thanks to her very own concoction that has a touch of hazelnut).

Then she does a series of spiritual exercises that starts with reading a truth from Gathered Truths, a box filled with 365 truths to choose from each day.

She does 20 minutes of meditation and after that, at 8.30 am, she reads ancestral teachings from the Bowl of Saki on her phone, which is delivered to her inbox every morning. It contains the teachings of the Sufis.

She ends this with a good workout, follows it with breakfast and then goes straight to work.

American business magnate Warren Buffett values his sleep and retires to bed at around 10 pm, reading for half an hour or so, then going to sleep by 10.45 pm each night. He is an early riser and his day starts at 6.45 am after at least eight hours of sleep.

When Buffett wakes up, he doesn't reach for the coffee pot. Instead, the billionaire investor opens the fridge to get an ice-cold can of Coca-Cola.

Ok, so here is the shocking part. Buffett eats like a 6-year-old. Why? When Warren looked at actuarial studies, he discovered that the lowest death rate was in six-year-olds. So, he decided that he was going to spend his life eating like a six-year-old.

For breakfast, he enjoys dropping into the local McDonalds and letting the market decide his breakfast. Buffet jokingly said in an interview that when the market is down, he'll opt for the $2.61 breakfast, consisting of two sausage patties. However, he'll put them together in one sandwich, along with a Coke. If the market is up, he would go with the $3.17 bacon, egg, and cheese biscuit. Weird.

Tim Cook, the CEO of Apple, is an early riser, and gets out of bed at 3.45 am each morning. After waking up, he likes to get into his emails straightaway. He sits down to go through the 700+ emails in his inbox before hitting the gym at 5 am.

According to the article I read earlier, Tim Cook starts his morning routine at 3:45 A.M. Would you look at that? it’s 3:45 in the morning and I am just about to sleep. I need my brain to shut up already.

While Apple Park has a fully equipped gym, Tim doesn't train at work. He prefers to work out at a private gym. That keeps him out of the eyes of reporters and his employees.

Cook exercises for 30-45 minutes. Then he showers, dresses up, and heads to his local Starbucks for a cup of coffee before driving to Apple Park around 8-9 am.

(Apart from Warren Buffet's, whose morning routine impressed you the most?)