How patriarchy affects quality of life and relationships in India

It will be a while before we find a way that allows people to share responsibility and power in a manner that is gender agnostic.

Some years back while talking to my teacher about patriarchy, I asked her where it all began and why women have to play second fiddle.

She said, "I don't know, but it works perfectly and why would you go and meddle with something that works?"

I don't think it works.

Personally, I am okay playing second fiddle to someone as long as I am clear that the superiority entails greater ownership and responsibility (not repression) stemming from a real difference in capabilities and qualifications. But superiority assumed because of gender sounds like saying "I am superior because I am taller or fairer or some such" - ridiculous!

That's precisely why patriarchy can't work. Being based on something so flimsy, the system also has to go to great lengths to maintain and perpetuate itself. Deny education or financial independence to women, force them into marriages, sexualise them or completely desexualise them, take away their name and identity and what not.

And in this charade, a host of social evils crop up that we wouldn't directly trace back to patriarchy. I consider these more insidious than the obvious ill effects of patriarchy like female infanticide and dowry because they aren't recognised easily, affect our daily lives and no laws will address them. Only people can.

Half-baked or damaged relationships between couples

Trouble brews when there are three people in bed. And in India, there's a whole bunch, mostly comprising the man's family.

From a woman's name (even the first name in some traditions) to what she gets to wear to how much she gets to see of her birth family (if at all), it's a complicated set of rules to decipher. And even if you do, real acceptance is hard to come by.

When you're done figuring this out, which may take even a lifetime, you might get time to build your relationship with your spouse, unless, of course, you've had a bunch of kids by then because you were told it is time.

Then you'll have to figure that out.

End result: A couple that just doesn't get each other or know what works for them. Millions of marriages that haven't breathed their last, yet continue this laboured breathing. Silence and distance is their solace. Sure, it works and it lasts. 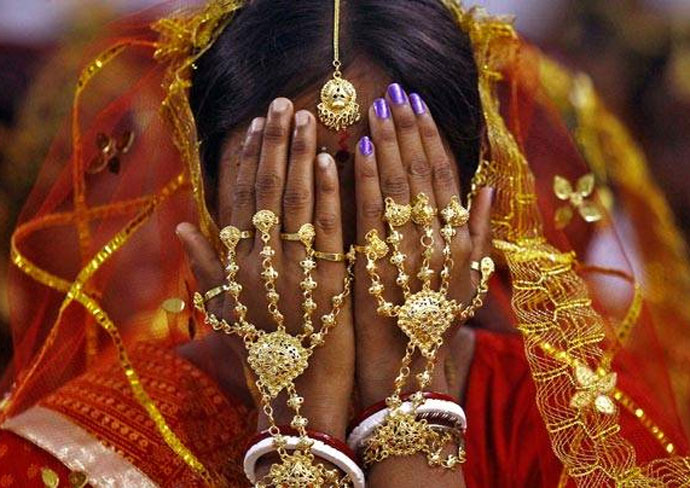 With patriarchy in the picture, marriage turns into a power play. (Photo: Reuters)

Women bosses who are too controlling

Are you one of those people who say, "Oh my God! I don't want a female boss?" Though I am a feminist and this really hurts, I can appreciate where it comes from.

Women, unlike men, are not as comfortable with authority yet because they are not socially conditioned to assume authority like men are. This makes them sensitive to their authority being undermined in any way (perceived or otherwise) and they respond by being overly controlling.

And what is also at work is our own attitude. While we're used to seeing men in charge, we're not used to seeing women in a position of power. So, something seems amiss.

This is the legacy of a patriarchal society that instils the attitude of taking charge in men, while teaching its women to take a back seat.

Senior citizens who look to old age with fear

If you're the parent(s) of a daughter(s), then this one's easy to crack because beti to paraya dhan hoti hai, and there is no hope unless you keep trying for a son and succeed.

But if you have even one son, it should be a walk in the park right? Wrong.

Because you'll feel the need to control everything. As women become more educated and independent and question the joint family setup, stricter and stranger logic will have to be devised.

There is a constant fear that the son will "leave" to be on his own and fear can bring out the worst in people.

We're talking complicated mind games including raising men to feel guilty for even being who they are.

The metamorphosis of marriage

With patriarchy in the picture, marriage turns into a power play.

Women are intelligent, capable beings and repressing them might make it seem like things are falling in line, but far from it, they either resign to a dissatisfied life and disconnect, or look to "striking a good deal" when it comes to marriage.

After all, if they have to settle for lesser independence and a lower status in the social strata, the least they can do for themselves is marry rich.

I've heard many a people say "a woman should always marry one family up" - "up" purely in economic terms. Compatibility, love, common interests and all that jazz come later.

One of the highest rates of suicides in the world

I saved the worst for the last for a change.

Across the world, more men than women commit suicide and it has reached epidemic rates which might have a lot to do with the undue pressure stemming from gender stereotypes.

But India has a notorious reputation in this aspect.

According to the Global Burden of Disease study (2013), suicide rates in India are growing at a faster rate than the rest of the world and Indian women have one of the highest rates of suicide in the world.

The report cites the rigid marriage system as one of the key reasons for this with women being forced to continue in marriages despite mistreatment and abuse.

There's no denying that power and responsibility need to be assigned but when systems become rigid, more and more individuals are left out and the cracks in it become noticeable.

It will be a while before we find a way that allows people to share responsibility and power in a manner that is gender agnostic.

#Indian marriages, #Relationships, #Patriarchy
The views and opinions expressed in this article are those of the authors and do not necessarily reflect the official policy or position of DailyO.in or the India Today Group. The writers are solely responsible for any claims arising out of the contents of this article.