Cowboy hats and denim jeans gave way to namesake kurtas and handloom sarees for the Lok Sabha 2019 elections. But whose style will you vote for?

The electoral results are around the corner. Meanwhile, the exit polls have spoken — and been immediately rebuffed by people who did not agree with their predicted outcomes.

While the usual ideological issues, party manifestos and controversies were argued about among the contending politicians, clothes were an important part of the run-up to the Lok Sabha elections 2019.

So, which one of these would you pick to give you style tips (and run the country, of course)? Heads Up: PM Narendra Modi has never met a headgear that he has not tried on. (Photo: PTI)

From cowboy hats, reflective sunglasses and western jackets when repping India abroad, to a complete switch around to his namesake ‘Modi kurtas’ during election season, PM Narendra Modi has a clever way of making a statement with his outfits.

Throughout his tenure, he has given us sartorial gems, such as the monogrammed pinstripe suit, ‘Modi kurtas’ — simple kurtas but with half sleeves — and even the controversial ‘Modi jackets’ that some people claim are actually Nehru jackets!

Narendra Modi caused a stir with his half-sleeved Modi kurtas and bright Modi jackets during his tenure. (Photos: PTI)

Who can forget the recent choba with an orange sash and a tiger-printed shawl for his Kedarnath visit or the slew of headgear he has rocked while addressing the public?

Hate it, love it or just chortle at it, his fashion experimentation deserves top marks. And all those who are ribbing him for his 'penance-wear' are the same people who got tourist-y photographs of themselves clicked during their Kashmir vacations in gaudy phirans and faux Kangris. 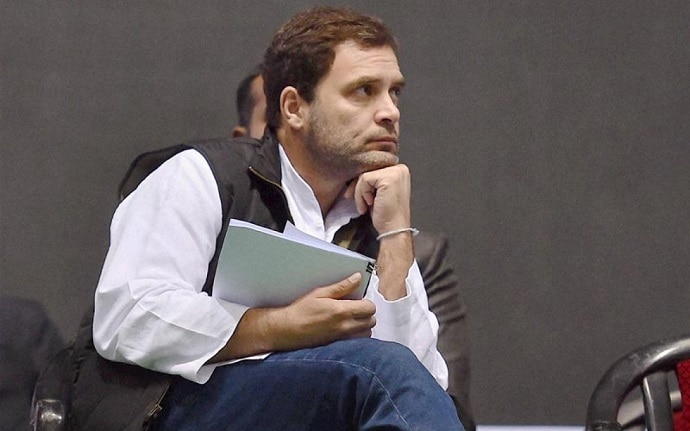 Rahul Gandhi has a staple colour palette for his clothes and is rarely seen experimenting. (Photo: Reuters)

I can totally imagine Rahul Gandhi having a walk-in closet lined with umpteen crisply ironed, identical white kurtas, with two (or maybe one, if they are reversible) bomber jackets — olive green and black and a small section of faded, much-loved polo T-shirts in grey, navy blue and red. 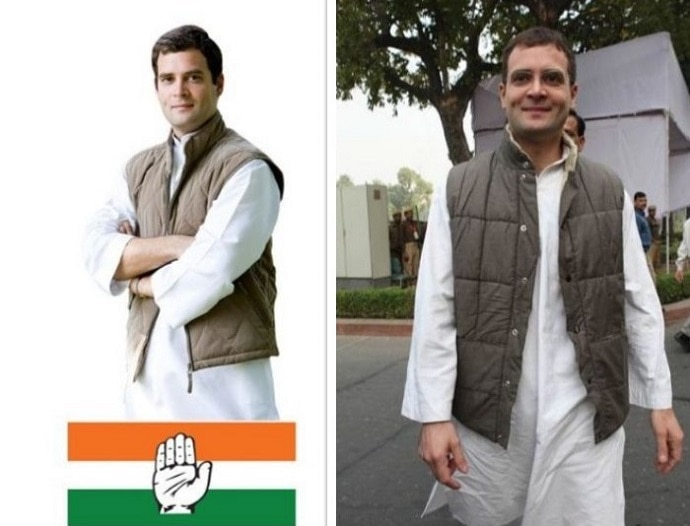 There is more than a year's difference between these two photos — but Gandhi has managed to keep his white kurta gleaming as ever! (Photo: DailyO)

And when in doubt, he twins with his fellow party members, mostly Jyotiraditya Scindia and sometimes Sachin Pilot.

Interestingly, for all the luxurious born-with-a-silver-spoon barbs he is subjected to, his clothes tell a different story, intentionally or unintentionally. Rahul Gandhi and Jyotiraditya Scindia: Besties who twin together, win together? (Photo: PTI) 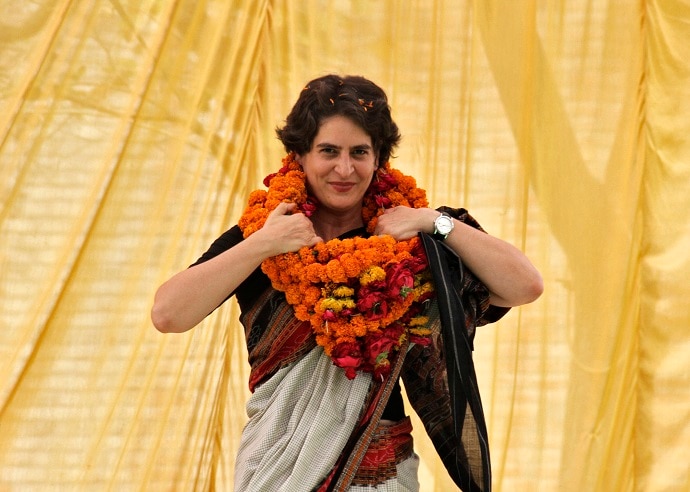 Priyanka Gandhi has her own spin on the gorgeous handloom sarees from her mother and gran's wardrobes. (Photo: PTI)

Just like her brother, Priyanka Gandhi’s outfits may seem simple and fuss-free, her handloom sarees straight from the illustrious wardrobes of Sonia Gandi and Indira Gandhi. But not the blouses.

Priyanka’s blouses, albeit conservative, do not have the almost-straitjacketed vibe of the ones worn by Sonia Gandhi. Prior to her political entry, she used to cause quite a stir with her western outfits that many weren’t used to seeing in the political arena. Sartorial props to her, for rocking hand-me-down sarees like a boss — and showing that women in politics don’t always have to play into the saree stereotype. They can easily do both.

So, who will you cast your style vote for?

Also read: PM Modi’s Uttarakhand trip: 5 things no one is talking about

Post your comment
#Handloom, #Indira Gandhi, #Modi fashion, #Lok Sabha elections 2019
The views and opinions expressed in this article are those of the authors and do not necessarily reflect the official policy or position of DailyO.in or the India Today Group. The writers are solely responsible for any claims arising out of the contents of this article.