Pulwama attack: My appeal to the Pakistani middle class

"If you feed milk to a snake, you increase its capacity to produce venom, not nectar" — Chanakya

All the chatter on the internet seems like noise. All the WhatsApp forwards paying homage to the Pulwama CRPF martyrs seem like an eyewash. All the political bickering among a certain section of politicians seems to hit a numb nerve.

What remains with me are the pictures of mangled bodies of CRPF jawans. Parts of bodies, in a heap.

If you try and look away from the pile, you see fragments. Body part fragments.

That's how I am feeling today. Seeing the carnage at Pulwama is enough to change your view of the world. (Photo: Reuters)

Consider yourself lucky to not be anywhere near the scene of the carnage because it might change you forever. Once you see the site of that carnage, you won't be able to see the world with the same eyes, ever again.

I am lucky, you see. I get to carry on with my day just by ignoring such feeds on my social media timeline or the videos popping up on my WhatsApp groups. I also have the option of getting on with my daily routine just by deleting the video of a baby-faced Jaish-e-Mohammed terrorist, addressing Indians like me from my phone screen as, "Gae ka Peshab Peene Wale" (the drinkers of cow urine).

Ques everything, but also ques d ideology behind d dastardly terror attack In his own words, terrorist Aadil Ahmed Dar expected to attain “jannat” by killing “people who drink cow urine”Pulwama attack is a violent expression of HinduphobiaTks for writing it, @AbhishBanerj https://t.co/HMvOOI3Ds2

I know this feeling of sadness will subside after some time.

This feeling of a gut-wrenching pain rising up from my stomach and hitting continuously at my chest will subside, and I will again wake up and carry on with my day like all the other days.

And I will helplessly hope that my government and its army will retaliate in the strongest possible manner.

What more can I do?

I am helpless today and I am numb with pain.

As I look up on Twitter, I see a very detached silence from a section of the Pakistan intelligentsia about the Pulwama attack. Barring a few prominent handles like Naila Inayat, who have minced no words in pointing out where and how this hatred has originated, the rest of the otherwise voluble Pakistanis seem to have taken a holiday into the woods.

40+ Indian CRPF soldiers killed in a terrorist attack in Pulwama. Jaishe Mohammed that claimed the attack was launched in Karachi in 2000, its chief Masood Azhar roams freely in Pakistan, efforts to get UN to ban Azhar have been thwarted by China: https://t.co/74xU70BSzA

Where are you, dear Pakistanis? Are you not bleeding with us? The terrorists who are roaming like free citizens in your country, holding public rallies, seminars, election campaigns and leading religious prayers, are killing us over and over again, from the Mumbai terror attacks to Pulwama today — the Jaish-e-Muhammed killing machine has never learnt to pause for breath.

Oh, you condemn the terror attack? Is that all you do? 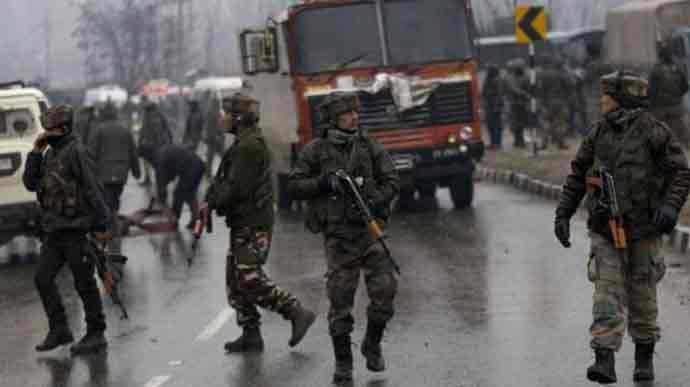 We will fight back, dear Pakistanis. We will protect ourselves. But who will protect you from the snakes you are raising? (Photo: Reuters)

Simply condemning a terror attack without mentioning any names and drawing our attention to the Kashmir problem is not enough — you know that too.

You know that these terrorists are hurting your country as well as mine. You know that Kashmir ki azaadi is not the motto or the goal — it is far more heinous than that.

If you know their nefarious designs, then why this studied silence, dear Pakistani intelligentsia?

The men who are doing this to us are roaming free in your country, raising men and women who can kill more of us. Does this not bother you?

Do you not feel that your government has taken advantage of your silence and whataboutery for so long?

How long is long enough, dear Pakistani brothers and sisters? How long will you watch from the sidelines and let these terrorists munch on your biryani while our roads get soaked in blood?

Make no mistake, the Pakistan government is weak enough not to withstand any concerted effort from Pakistanis themselves. One of the best solutions to this bloodshed is the Aam Pakistani educated upper middle class holding the government and army responsible for their crimes against humanity.

But right now, it's just noise or silence from the educated lot in Pakistan.

Radical Islamic militancy is the cause, it's an ideology, it is a well-entrenched system which will keep on producing terrorists on a conveyor belt, with the likes of Maulana Masood Azhar acting as catalysts. Let's understand that dialogues, love, hugs, diplomacy, kisses and flowers are no match to counter an ideology that produces venomous snakes.

The snakes that are biting us are in your backyards, dear Pakistanis.

One day, they will bite you too.

Will you for once raise your hand and your voice against these snakes — or shall we continue to debate about a 'diplomatic solution' in Kashmir?