How Punjabi glued us together, across generations and countries

Robust, rugged and sometimes rib-tickling, Punjabi and the ability to converse in it is a pivotal ice-breaker. I speak from experience.

My father often mimics my horrified expression of sheer dismay, emotional pain and cultivated snobbery, playing out my disdain as a convent student, years ago, when he thundered in simple, precise words that we three sisters needed to learn and perfect conversational Punjabi. Schooled in a strict convent in Lucknow, where speaking in Hindi, even during recess, was equivalent to committing hara-kiri as the effective espionage reported exact coordinates to our grey-eyed Irish principal, this diktat from Papa Bear was tough to digest, forget follow. Nevertheless, I mustered my beggarly enthusiasm and decided to conform, more to win brownie points. I am glad I did. That was the point when I began conversing with my grandparents in halting Punjabi.

It was fun, with the boisterous expanse of the language bringing in hilarious rejoinders and pronunciation gaffes. I began eavesdropping, snooping and sleuthing, swallowing bits and bobs of pure Punjabi-laced conversations between my mother and grandmother, phone conversations on the ‘landline’ in the lobby of our rambling home; feigning sleep as they gossiped and gargled in local innuendo, discussed the travails of the house help, and advised each other on matters concerning the family tree. Then there were garrulous spurts of oaths and expletives that regaled the air during family gatherings, weddings and other functions when people got sloshed and blubbered like oafs over jokes while tearing into tandoori chicken, butter chicken and butter naan with sound effects. 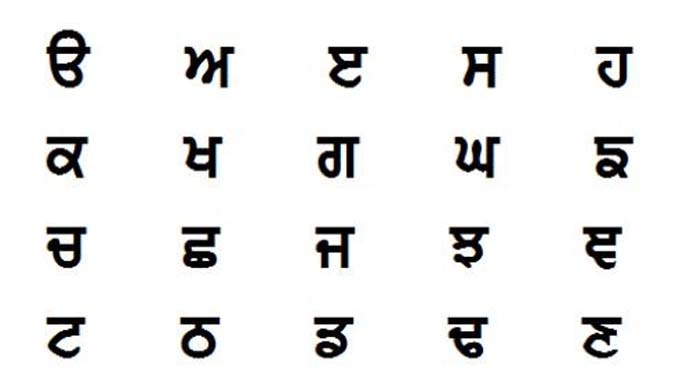 I was delighted to discover Punjabi worked as a wonderful code lingo when I began to travel beyond India in the 1990s. I could exchange opinions on, and about, strangers, incognito, communicate with remarkable ease with my NRI uncles and aunts and contribute suitable emotions through typical phrases when immigrant tales were shared by relatives falling out of the woodwork. Soon, my status was elevated from amateur to a much-revered pro, in my generation, who mostly stumbles and fumbles while speaking the community mother tongue. The moment of crowning glory arrived when I was able to fluently and spontaneously burst into tappas at a much-awaited wedding in the family a few years ago.

When I decided to teach her that there is definitely more to speaking Punjabi beyond swinging to tadka remixes of Mika, Sukhbir and Daler, my daughter looked at me rather incredulously. This was so infra dig, speaking in your family tongue, her disbelief conveyed. Never mind then that while watching Singh is Kinng (2008) years ago, the small person kept nudging me, unable to follow the nuance-laced dialogues as I guffawed and threw my legs up, revelling in the delicious Punjabi flavour of the film. Then junior happened. “Why did you have to name me after the monkey-king?” he howled when I placated him that we named him after Guru Angad Dev. Together, over the past decade, we have managed to cruise beyond our love for dal makhni into the warmth of my-spoken and their-understood Punjabi. The boisterous juniors have since aced their written Gurmukhi papers and learned shabats for my sake. But conversational Punjabi is yet to happen, owing to sheer shyness and self-consciousness.

The other day, my son was speaking to his school friend who is parked at his nani's house in Haryana. The classmate mentioned that his cousins there study at a Punjabi-medium school. Urban eyebrows collided with the ceiling. But why? I find nothing ‘downmarket’ at all in speaking in the language that suffuses our family tree — whether it is Kannada, Tulu, Bengali, Gujarati, Marathi, Awadhi, Punjabi. Our words compose our roots, and our roots knit us together. Forget the urban cacophony, and own your roots, celebrate the natural narrative, strengthen your cohesion as we surge ahead together, but alone, now living in our own bio-bubbles. It satiates us at an innate level and anchors us immeasurably.

Robust, rugged and sometimes rib-tickling, Punjabi and the ability to converse in it is a pivotal ice-breaker. I speak from experience. We owe it to ourselves, not to let the language wither away into nothingness down the generations. Changa ji?

Also Read: A to Z of Punjab, politics and polls