How wildlife artists in Rajasthan are bringing railway stations to life

The tiny railway station of Sawai Madhopur, gateway to the famous Ranthambhore Tiger Reserve in Rajasthan, is an exciting exception. Over 5,000 feet of the station's walls are lavishly painted with the flora and fauna that the reserve hosts — darters, tree-pies, hyenas, bears, leopards, and, of course, tigers. 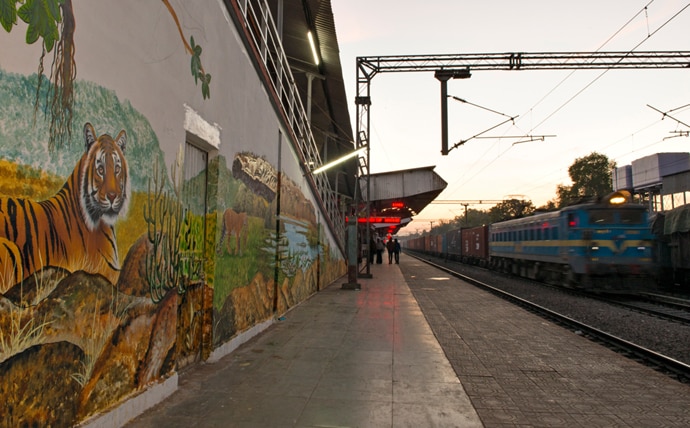 Ranthambhore aficionados will recognise its legendary banyan tree that spreads about a kilometer behind Jogi Mahal. At the station, in its artistic avatar, the tree has its roots spread wide too — over the roof, across walls. As is characteristic of a generous fig tree, on it thrive myriad creatures — squirrels, peacocks, woodpeckers, kingfishers, bulbuls. Depicted so lifelike, you almost expect them to fly away….

Tellingly, the paintings also reflect the threats to the reserve's wilderness - of forests laid to waste by tree-felling, and other destructive activities, and what such loss means for man. 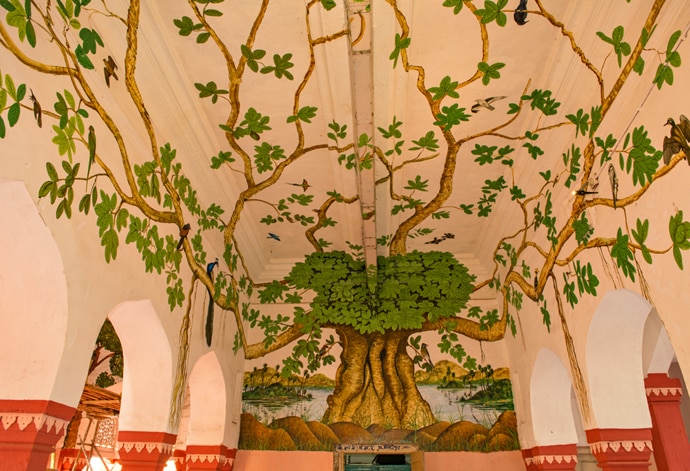 The concept was mooted by Thapar to the railway minister Suresh Prabhu, who, in the earlier NDA government, served as the environment and forest minister. Prabhu, it is learnt, immediately took to the idea. The exercise called for a small sponsorship and World Wildlife Fund (WWF) -India, stepped in to provide the requisite funding. Barely three months later, Sawai Madhopur is set to be a "Heritage Railway Station" and has become a grand reflection of Ranthambhore’s diverse wildlife.

"The station has become a living art museum of wildlife. The junglescape has created a buzz. People are curious, excited and are asking questions, taking photographs. It is generating awareness and will have other ripple effects ," says Valmik Thapar, who hopes that this unique effort will have stations, and other public spaces following suit with murals which reflect the natural and culture heritage of the region. 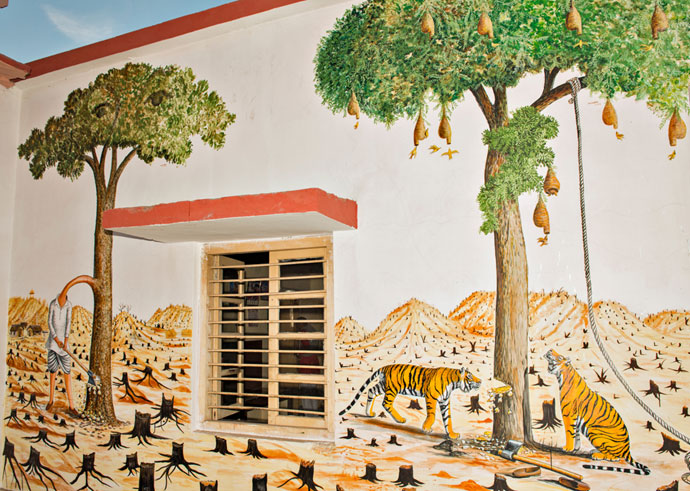 The concept has already taken off in Rajasthan. It is believed that chief minister Vasundhara Raje is so captivated, that she has taken this "heritage station" concept to six cities, including Kota, Udaipur, Jodhpur, Ajmer and Bikaner. Next in line is Bharatpur, known for its Keoladeo Bird Sanctuary, which will have colourful avian paintings adorning it’s station walls.

Even the Jan Shatabadi to Sawai Madhopur is being painted by the Ranthambhore artists. Undoubtedly, it is a welcome move that will create an appreciation for wildlife , as well as a sense of pride in the artists and local people. As for me, it is yet another reason to hurry over to Ranthambhore.

#Travel, #Ranthambore, #Indian Railways
The views and opinions expressed in this article are those of the authors and do not necessarily reflect the official policy or position of DailyO.in or the India Today Group. The writers are solely responsible for any claims arising out of the contents of this article.