When I came to know about my mother's secret marriage

I had to be honest with myself if I wanted to stop living in misery.

I saw my first black swan before my 13th birthday. I discovered that my mother was secretly married to another man. The finding sliced me into multiple insecure wedges haphazardly strung together by guilt and shame. It decimated my faith in human relationships. In God. In everything.

Over the next two decades, I had a couple more of what I think of as black swan events, in the shape of unnerving betrayals. In a lifetime of meeting and befriending hundreds of people, there have only been a very few of these unexpected, unpleasant experiences where people I had reason to trust could not live up to the faith I had placed in them. Today, I thank God for all of them. Why? Simply because these events have helped me evolve into the human being that I am. I love myself immensely. I can share so much more with the world. This wouldn’t have happened if I had not had these apparently negative experiences.

I now know that I was not an exception. I was not the only person on this planet who felt betrayed. Almost all human beings experience a few betrayals in their lifetime. Even prophets have had their share of betrayals: Jesus had his Judas.

It is our response to these powerful adverse events that determines whether we sail or drown. They are milestones in our lives, points in time that mark a cardinal change in our thought patterns and the course of our lives. These are gifts from the universe that help us evolve. 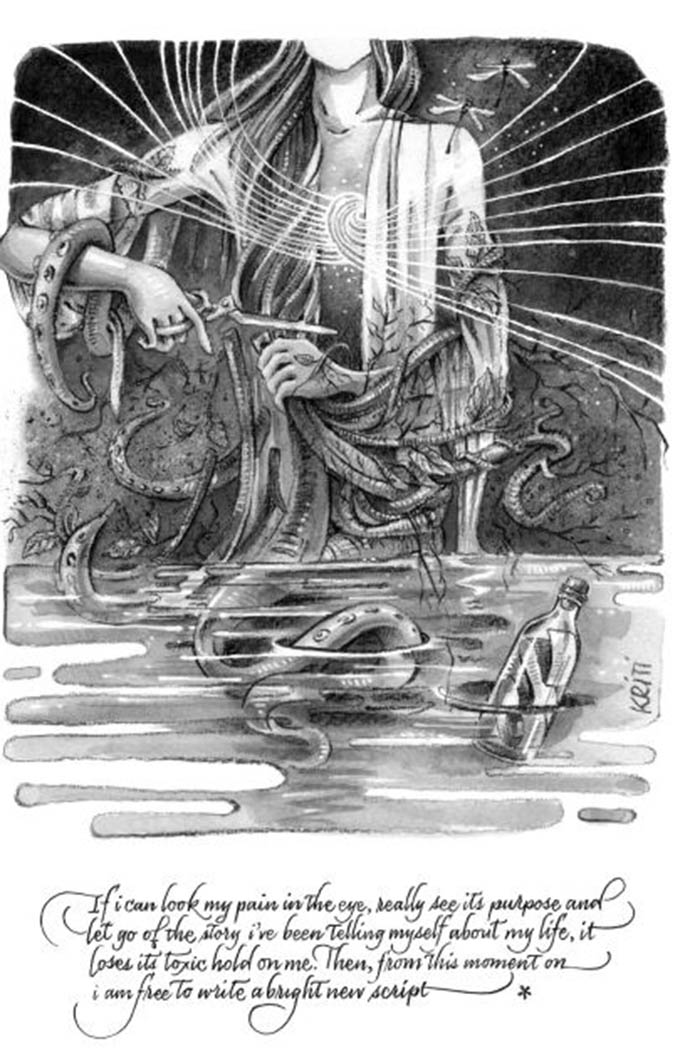 My mother’s betrayal took me more than a decade to assimilate. Other subsequent experiences were relatively minor in comparison and were resolved much more quickly. Initially, my response was to shut out the event from my own consciousness. I would try to remove my focus from the negative experience, keep myself as busy as I could, and immerse myself in my books. Basically pretend that it didn’t matter at all. However, these evasion strategies actually added to the misery.

Looking back, I can see that with all these events, their retrograde predictability further magnified my pain.

When I was a young boy, my mother would leave our home every night and come back the next day. I found this daily disappearing act quite odd. I asked her why she had to go. She said that all mothers leave at night, to stay in their fathers’ homes. I believed her explanation, even though it didn’t make sense. Deep inside, I knew that something was amiss. When I discovered the truth, every one of those memories came flooding back, stinging me with the pain of rejection.

I don’t know why I felt ashamed of my mother’s secret marriage. It became my secret too, a stifling secret. Every day life became laborious. I felt that nobody should ever know that my mom had cheated on my dad and us siblings, by getting married to another man. The only way to keep the secret was to keep my “friends” off my home turf. In order to achieve this, I had to spin a continuous web of lies. By my teenage years, I had created a false image of myself as a cool dude who loved adventure, fun and deviance, the kind of person who hated to be at home with his old-fashioned parents.

I projected my parents as monsters, who fought constantly and created violent scenes at home. I repeated the lies so often that soon I started believing in them. That made me even more miserable.

No one knew the real story, the real me, or what I really felt. My fake self had many “friends”, the real me had none. I felt lonely, unloved and outcast. 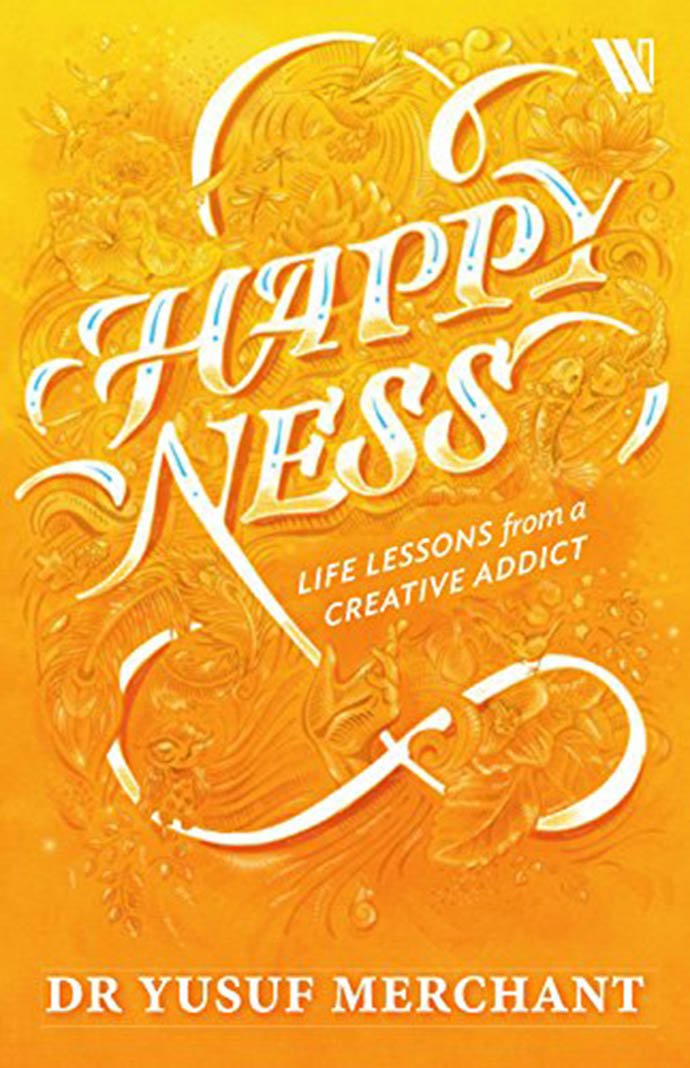 I don’t know how or when I perfected the art of mismanaging relationships, especially with the opposite sex. The secret of “being cheated on” weighed heavily on me. I had developed serious trust issues. The aim of all of my early relationships with women was not to create love or togetherness; it was “not to be cheated”.

This had classic consequences. I would invariably only be attracted to girls who could potentially cheat on me. If they didn’t, I’d behave in a manner that would make them leave me. Then I’d feel cheated. Everything had to work out in accordance with the script I was reliving over and over. I only realised this in retrospect, after I had reappraised the incident of my mother’s cheating on us. This was a decade and a few betrayals later. After her demise.

I had to be honest with myself if I wanted to stop living in misery. It couldn’t be just bad luck that all my relationships followed almost the same pattern. They began as a perfect ten. Soon, I would sense some behaviour in them that reminded me of my mother’s selfishness. Then I would start feeling insecure which would result in outlandish behaviour. The women would get fed up of my tantrums and decide to leave. I would feel cheated. I would always feel as helpless and angry as I had when I’d discovered my mother’s second marriage. The finale was always the same: it would end with me blaming my mother for my misery.

I had to give my relationship with my mother far more solemn thought. It wasn’t possible that betrayal was all I’d received from my mother in all these years. I wasn’t Superboy, I certainly hadn’t taken care of all my needs from the day of my birth. I couldn’t have possibly washed my ass when I didn’t know where it was in the first place. Somebody must’ve done that for me, someone must have taught me how to walk, speak, read. I still don’t know how to cook though!

When I examined my memory, it didn’t take me long to start remembering countless instances of my mother’s love and affection. I had blocked out all the loving times simply because I wanted to be angry with her. My brain had filtered those out and created a screen memory that screamed: “As soon as I was born, she cheated me.” How crazy can we humans be when we want to give ourselves a reason to hold on to anger?

My thinking was incredibly distorted, and I allowed my rage to twist everything. When my mother had realised my plight, in the days when I’d left home and was living on the streets, she visited me in my medical hostel. She wanted to help, she wanted to give me fifty thousand rupees — a very substantial sum at the time. But I was so attached to the story I’d created of her betrayal that I refused to accept the money. To rationalise my refusal, I decided that my mother was trying to manipulate me. The money would make me complacent and take the sting out of my fight. Besides, I was going to make it on my own anyway. “She wanted to take away from my self-made-man story. What a bitch!”

I still don’t know how I made myself believe that shit.

Looking back, I see the endless number of times when she tried to make amends, actions that I had dismissed as “manoeuvres”. Now I see my mother more clearly. She’d been there every morning when I woke up. She’d been there every afternoon when I came back from school. She only left at night, after putting us to bed. Wow! What a beautiful mother she was in reality.

My parents were no longer alive, so they couldn’t confirm what had really happened between them. But when I put together the facts in my possession, I had a reasonable hypothesis.

For reasons best known to them, they had divorced. She must have fallen in love again with another man. My parents must have decided not to tell their children about her second marriage until we were old enough to understand. They hadn’t realised that my brothers and I would be curious, that we would play Sherlock Holmes and Watson; that wasn’t part of their script. It must have taken great love on both my father’s and mother’s part to attempt to keep up this fictional story. They had done it because they wanted us to believe that we were a normal family.

The real issue was that a part of me had refused to accept the fact that my mother belonged to another family also. Finally, so many years later, I accepted this. It didn’t feel good. I cried and cried. At first, I went through a barrage of painful emotions. I wanted to apologise to my mother, but I couldn’t. She was no more. Then I thought of how the event had sensitised me to pain and loneliness. These intense emotional shifts in my understanding happened when I was in the early stages of my rehab career. This and a few similar events have only helped me to empathise better. They have turned me into a caring human being.

I learnt that the most powerful thing in the universe is love. Love is what I thought I had lacked throughout my childhood. It was always there, but my anger had blinded me from seeing it. Nevertheless, I understood the power of love in its absence. I started giving love to my patients. That’s the magic potion: love is what works!

Another black swan event was when my dad threw me out of his house. After reappraising it, I realised that it was one of the most beautiful things that had ever happened to me. It motivated me to become the person I am, someone who tries every day to be a good human being. If it hadn’t happened, I would probably have been an unhappy and ungrateful businessman today. The quality of my life would have been probably appalling compared to the serenity and contentment I have now.

I stopped taking things for granted and living life as a victim because I couldn’t afford to do so any more. I had to survive. I had no other viable option but to complete my education in medical college.

The pain and the rejections that I’d faced were necessary for me to learn how to keep my head above water. The crises fortified my goal. The sharks in my tank made me a far better swimmer.

When I looked more carefully at the occasions when I’d experienced betrayal by people close to me, I could see how often I’d set myself up, ignoring the warning signs. I’d been faithful to that old, worn-out script, taking select events and tweaking them through my actions until they fit into the script.

Acceptance was the key that allowed me to open the doors and let the misery out. Change began to happen when I revisited all of this through a conscious process by which I looked at events in my life and assumed that they must have been for the best, since my present reality was working well. Taking a second look at life events was the best tool to exorcise the demons of the past that were torturing my present and that might have caused trouble in the future.

Today, hundreds of my patients have benefitted from these findings. Thank god these events happened to me. If I were to be born again, I’d pray for the same number of black swans — preferably, in the same sequence. A dozen more could be added randomly to boost the challenge. Amen!

(Excerpted with the permission of Westland Publications)

Also read: A sex worker on why Malayali men are the worst to women