It is also endlessly adaptable.

It was dusk, there was a light winter drizzle about and it was bone-chilling weather. On the road since early morning, we hadn’t had any lunch. Work over, we were driving back from Punjab's Hoshiarpur to Nangal, anxious to get back to the warm guest house and hot food. The road was empty of traffic and there was no sign of civilisation. And then we spotted this sad lonesome roadside dhaba, empty of customers but with a big kadai on the fire. The cook was frying samosas. There was no way we were going to give it a miss. We must have had at least five samosas each – crisp, boiling hot, stuffed with aloo with just the right masalas, served with tamarind and green chutney. And, of course, endless cups of tea. It was the best meal we’d ever had. There was no bill, no taxes charged, we paid cash and included a generous tip.

But that was 15 years ago. Much has changed since.

I remembered the incident when recently, the Uttarakhand High Court grappled with a rather unusual issue – whether the samosa was a namkeen (a savoury dish) or cooked food. The taxpayer was running a shop selling sweets, namkeen, samosa, milk and curd. He contended that samosa would come under the category of "Sweets and Namkeen" and, therefore, had to be taxed at the rate of five per cent.

The commercial taxes department held that it would taxable as "Cooked food" at the rate of eight per cent. After a deep dive into the matter, the high court held that the samosa was "Cooked food" liable to be taxed at the higher rate. 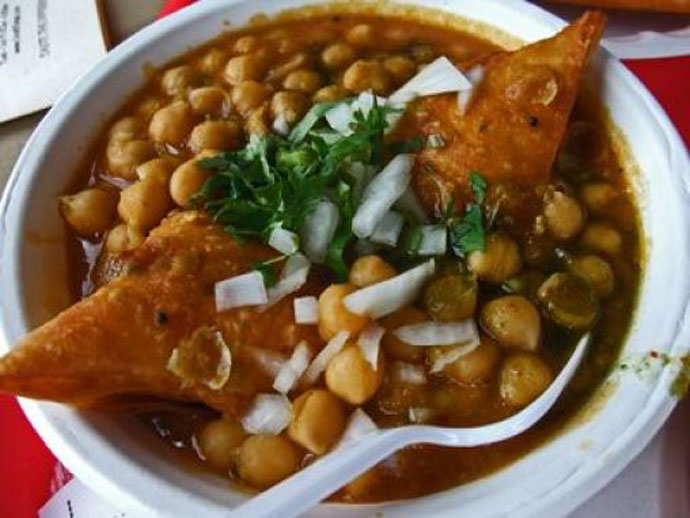 The samosa has also been a subject matter of litigation across the border. As in India, the samosas are consumed with great relish by Pakistanis. In 2012, the Supreme Court of Pakistan set aside a notification of the Punjab government, whereby the price of a samosa was fixed at Rs 6. It was contended that the samosa was not an item notified under the Punjab Foodstuffs (Control) Act 1958; therefore, its price could not be fixed by the provincial government.

The case invited derision from sections of the media which were questioning whether it was the best use of the court's time.

In an editorial titled Samosa Justice, Dawn newspaper commented: "While the commercial bakers will rejoice at the verdict, others waiting for justice in Pakistan's ever-clogged judicial system may be wondering when their turn will come".

Who would have thought that this King of Snacks would one day wind its way from the court canteen to the courtroom itself? But given its formidable clout in our hearts and plates, it was only a matter of time. Samosa all the way. Photo: PTI

The samosa’s association with Bihar is indelibly linked with "Jab tak rahega samose mein aloo, tab tak rahega Bihar mein Lalu", the phrase famously coined by the former Bihar chief minister in his political heyday. In fact, a song was composed with these lines in Mr and Mrs Khiladi in 1997, Lalu being replaced by Shalu.

Yet, in a bizarre twist, in early 2016, Bihar, headed by Nitish Kumar (with Lalu as his ally) imposed a "luxury tax" of 13.5 per cent on samosas as well as cosmetics, perfumes, inverters, industrial cables, transformers and some others.

Predictably, the decision to treat the samosa – widely eaten by the common man – as a luxury item sparked widespread outrage and bafflement. The government quickly backtracked and clarified that the tax would be applied on packaged dry samosas that were selling at more than Rs 600 a kilo and not those sold at wayside eateries. That’s what happens when governments, in their desperation to garner revenues, run out of ideas and adopt measures that hurt the ordinary citizen. The same happened in 2012 when the UK decided to extend levies on takeaway food to Cornish pasties and other hot snacks. The government was forced to back down after public outcry over what became known as the "pasty tax".

The samosa is going places. 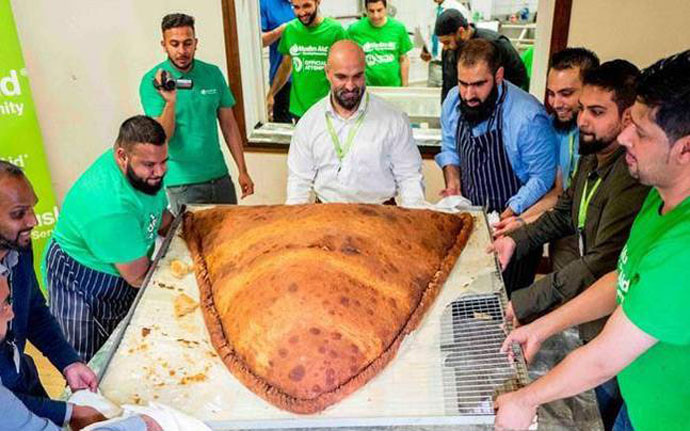 A National Samosa Week was organised from April 9 to 13, 2018 in the UK in six cities. Pop-ups of popular samosa shops, samosa eating contests, best samosa awards, new samosa recipes and samosa variants made the week a fun-filled and scrumptious promotion of the rich culture and food heritage of South Asia in the UK. On the menu were at least 20 different samosas: the traditional aloo samosa; the aloo-matar variant; the Punjabi chhole samosa combination; the Dilli samosa chaat; the Hyderabadi keema samosa; and many others.

And though I experiment in fusion cuisine, I still can’t get my head around the other samosas that were available, such as the Chinese Chow Mein samosa; or the Jalandhari Fish samosa; or the Shrimp and Tuna samosas. But it was not the Indian government which was behind this campaign in the UK but was the brain child of Romail Gulzar, a Leicester-based media personality who also hosts the Annual Curry Awards. He thought the celebrations could become a means to unite different communities in the UK.

Not that the UK is unfamiliar with the samosa. Perween Warsi, one of the richest Asians in the UK, founded a company more than 30 years ago to make chilled and frozen goods. Arriving in Britain at the age of 17, Warsi despaired of ever finding a decent samosa in the local supermarket in Derby. So, in the tradition of all great businesses, she started making her own, setting up S&A Foods. Samosa by the way.

The participants at the World Economic Forum (WEF) in Davos earlier this year got an ample taste of India’s soft power. The Indian theme was presented on their plates, with options from formal thali to street foods like chaat and samosas.

That a samosa could become a brand ambassador was also on the late President APJ Abdul Kalam’s mind when he was penning the book Advantage India. Kalam would stop at dhabhas to see how local markets worked and how much core strength India had. When he stopped to have a samosa at a roadside shop in Azamgarh, he wondered whether the samosa could be India's core strength!

The samosa has also travelled to outer space. Astronaut Sunita Williams had carried samosas during her odyssey at the International Space Station. She got a pleasant surprise when, during her visit to India, former Indian President Pratibha Patil ensured that the samosa be included in the menu at Rashtrapati Bhawan.

The association of the samosa with the South Asian diaspora sometimes takes on a pejorative colour. CBC Television Canada broadcast its controversial documentary on the Sikh separatist movement titled "Samosa politics". The samosa was involved in another unseemly controversy in Canada. At the Prince George campus of the University of Northern British Columbia, the South Asian Student Society, in a bid to raise funds, began selling samosas.

They were stopped because selling samosas at room temperature went against the health guidelines. However, Chartwells, the food service provider at the university, started to sell samosas a few weeks later. The only difference was they had a heat lamp over them which eliminated the risk of food poisoning! Naturally, the students were not amused. South Asians had eaten samosas at room temperature all their lives and they were none the worse for wear.

Back home, in March this year, the samosa, besides its many talents, was accused of proselytisation. It was claimed that evangelists drugged some slum-dwellers in Agra with samosas to make them embrace Christianity. Social media went into an overdrive with hilarious memes such as "A samosa can change your life and religion" and "Very few people know that the thing which Adam & Eve ate was a samosa and not an apple!".

It may come as a shock to most people that the samosa was not born in India, just like its filling – the aloo. It is a product of the process of globalisation — the product of influences of the great migrations and interactions that shaped this country.

The oldest written reference to the samosa is by Abu'l-Fadl Bayhaqi (995 AD–1077 AD), an Iranian historian, who mentioned it in his work Tarikh-i-Beyhaqi. Based on this account, it was deduced that the samosa originated somewhere in Middle East before the tenth century. The samosa travelled to India along ancient trade routes from Central Asia. In their earlier avatar, samosas were small, crisp mince-filled triangles made around the campfire during night halts; the next morning packed into saddlebags as snacks for the day's journey. What's in a samosa.

The Indian samosa has a huge family of cousins comprising stuffed pastries and dumplings popular from Egypt and Zanzibar to Central Asia and West China. Arab cookery books refer to the pastries as sanbusak, sanbusaq or sanbusaj — all reflecting the early medieval form of the Persian word: sanbosag. Claudia Roden (1968) quotes a poem by Ishaq ibn Ibrahim al-Mawsili (9th Century) praising the sanbusaj. Afghanis call it Sambosa and Tajikistan knows it by the name of Samboosa. Turkic-speaking nations call it Samsa and Portuguese speakers call it chamuça.

By the early 14th century, the samosa became a part of Indian cuisine. It adapted itself to locals' tastes. Amir Khusrao observed in 1300 that the royalty seemed partial to the "samosa prepared from meat, ghee, onion and so on". In 1334, the renowned traveller Ibn Battuta described the sambusak thus: "minced meat cooked with almonds, pistachios, onions and spices placed inside a thin envelop of wheat and deep-fried in ghee". The samosa found reference in the Ain-i-Akbari. Interestingly, there is a building in Akbar’s capital Fatehpur Sikri, which goes by the name "Samosa Mahal". It got its name due to its three sides. 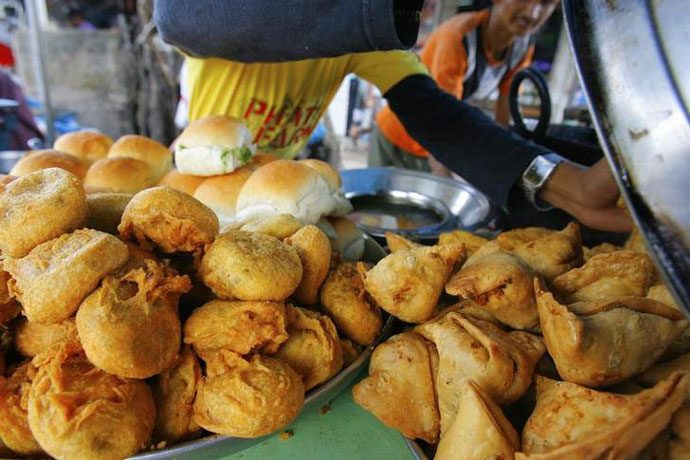 One version links the samosa to Pythagoras – the father of trigonometry whose theorem on triangles is the staple of mathematics. He hailed from the Greek island of Samos and, as per this version, Alexander and his generals introduced samosa to India and the other parts of the world they conquered.

The samosa is endlessly adaptable. In India, samosas vary from region to region, and even from shop to shop as samosa-makers compete for custom. As time passed, the samosa came to be regarded as one of India’s most treasured and iconic culinary creations. After centuries of refinement and reworking here, it is now reaching out to the world.

It is in the fitness of things that the largest samosa made in the world, which entered the Guinness World Records at 153kg, was made in London last year. The rules were explained thus- “It’s got to be triangular; contain flour, potatoes, onions, and peas; be fried, and retain the shape when cooked. It’s got to look and feel like a samosa; it’s got to be edible by humans. The critical record is the net weight. Plus, it all must be eaten. No wastage!”

Making a mammoth samosa was no piece of cake but it was done and distributed among homeless locals via the Salvation Army. I’m sure they enjoyed eating it!

Post your comment
#Snacks, #Food, #Samosa
The views and opinions expressed in this article are those of the authors and do not necessarily reflect the official policy or position of DailyO.in or the India Today Group. The writers are solely responsible for any claims arising out of the contents of this article.