Sheikha Latifa's story: A princess, an escape, India’s ‘role’ and what this tale tells us about Dubai

If a princess wanting her human rights is this helpless, what can we imagine about ordinary women in Dubai?

The story of Sheikha Latifa, the princess of Dubai, has all the elements of a potboiler — a young, fantastically rich princess, who could do everything except take her own decisions, an escape attempt, planned over seven years, that was foiled at sea, an alleged ‘deal’ between two countries (one of which is reportedly India), and her eventual ‘recapture’.

But what this story is ultimately about is the denial of human freedoms — an adult, capable woman, forced to live a life decided by others, incapable of making even small decisions for herself. What makes the story more ironical is that the woman is the privileged princess of a country that markets itself as the glitzy glamour capital of the Arab world.

Sheikha Latifa, the 33-year-old daughter of Dubai’s ruler, Sheikh Mohammed bin Rashid al-Maktoum, was captured in the Indian Ocean in March last year. She was next seen in December, through carefully curated pictures Dubai’s government — her father’s government — chose to release. 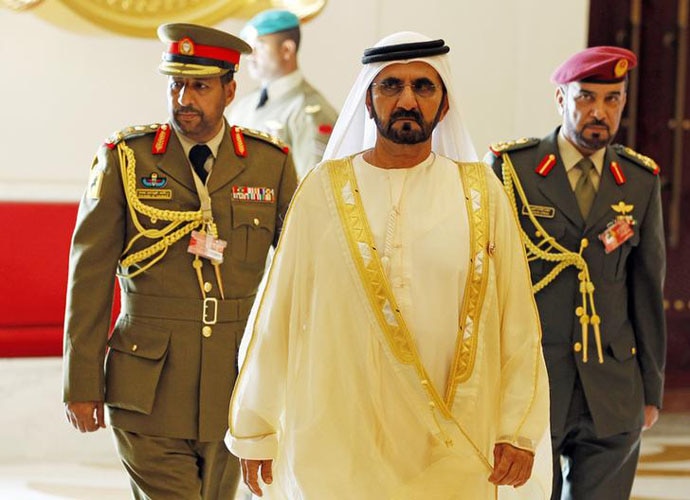 Latifa's father, Sheikh Mohammed bin Rashid al-Maktoum, is the ruler of Dubai and the Vice President and Prime Minister of the UAE. (Photo: Reuters/file)

In the intervening months, a video she had recorded before her escape attempt was released. The video had been made to ensure that if something were to happen to her, at least her story could reach the world. In it, she can be heard saying: “If you are watching this video, it’s not such a good thing. Either I’m dead, or I’m in a very, very, very bad situation…They’re not going to take me back alive. That’s not going to happen. If I don’t make it out alive, at least there’s this video…”

So, who are these ‘they’ — and what was Latifa fleeing?

Almost 18 years ago, her elder sister, Shamsa, had similarly tried to escape — she was picked off her a street in England and packed back to Dubai. Two years later, at 16 years of age, Latifa too tried to flee. She was captured and for the next three years, reportedly kept in solitary confinement, beaten, not given medical attention, for some period, not even given a toothbrush.

In her video, Latifa says: “There’s no justice here. Especially if you’re a female, your life is so disposable.”

If a princess could feel like this, how do ordinary Dubai women live?

Latifa planned her escape for seven years with the help of Tiina Jauhiainen, a Finnish woman who taught her the martial art form capoeira, and Herve Jaubert, a former French spy who had once himself fled Dubai through sea. Inside Dubai's glitzy towers, just what goes on? (Photo: Reuters/file)

On the appointed day, Latifa and Tiina went to Oman, where Latifa changed her clothes, and then, through a jet ski and a dinghy, they managed to meet Jaubert’s boat in the ocean. The boat, with a Filipino crew, was to sail to Goa, from where Latifa would fly to the US.

However, they were intercepted before touching Goa.

This is where allegations have been made about India’s role. Rights activists claim India captured Latifa and handed her over, even though she asked for asylum and pleaded to be shot rather than be sent back to Dubai.

Latifa was not heard of for the next nine months. 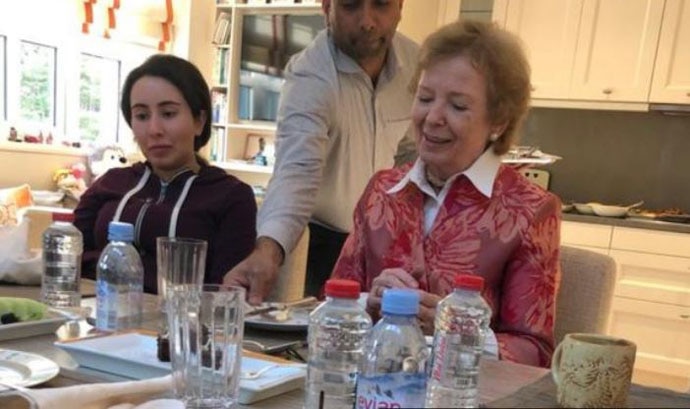 One of the pictures of Latifa and Mary Robinson that Dubai released in December 2018. (Photo: UAE foreign ministry)

Robinson later said Latifa regretted making the video and her family was apparently giving her adequate care — her statements were met with outrage by activists, who claimed she was parroting Dubai’s ‘official line’.

The Maktoum family owns thousands of acres in Ireland, making them among the biggest landowners in the country. They own several stud farms as well and are involved in horse racing.

Clearly, there are layers and networks of powers sealing Latifa’s exit gates.

We can only hope that this will crack a chink in the gilded walls of Dubai, inside which its women seem imprisoned, and lead to greater visibility for its citizens — and greater accountability for its authorities.