How the single Indian woman is guarding her freedom

India Today Group Editor-in-Chief talks about why independent Indian women are embracing the unattached life, in the October 21 edition of India Today magazine.

Post-liberalisation India is in the grip of some significant socio-economic changes. Although they still have a long way to go, the empowerment of women across society is one of the most extraordinary changes that have happened in India in the past several decades. Education among women is increasing. The percentage of educated Indian women rose 11.8 percentage points to 65.5 per cent in the 2011 census. An unprecedented urbanisation has seen nearly 34 per cent of Indians now living in cities as opposed to 28.5 per cent, two decades ago. All this has resulted in the financial independence of women and opened up the doors of choice. It has given them wings, and they are not letting anything come in the way of their freedom. Least of all, marriage or a relationship.

The 2011 census records the most staggering statistic. There has been a decadal increase of 68 per cent in the ranks of never-married women in the age group of 35-44 years. This, when the overall increase in the number of women in the same age bracket over the same period has been just 27 per cent.

These numbers are significant because India celebrates marriage and family as the cornerstone of society. Society conditions women for marriage. Very significantly, marriage is seen as the key to happiness. 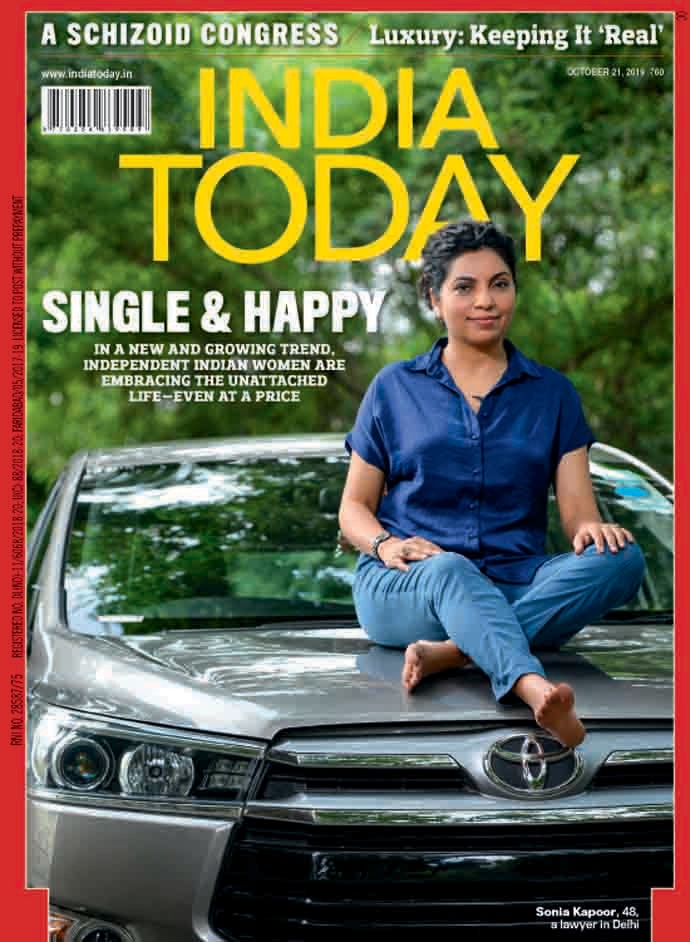 Not any more, it would seem. It is the age of the urban single woman. Answerable to no one but herself, and armed with an education and a career, she is living life to the fullest. More women are choosing to remain single not because they can't find a partner, but because they see themselves and their lives beyond relationships and marriage. More than economic independence, it is the freedom to be who you are that is the attraction of singlehood.

For over a decade now, scholars have hailed the rise of elite single women professionals as the 21st century's first new global sociological phenomenon. This rise of the voluntarily single woman has to do with her choosing her own career arc which frequently does not include marriage and starting families.

In India, too, the rise of single women professionals is a phenomenon, albeit a silent one. Women aren't shouting from the rooftops about their new-found independence. They are quietly travelling - either on their own or with friends. They do not need marriage to live their lives or to have children - adoption and IVF help them realise their goals of motherhood.

Associate Editor Chinki Sinha, who wrote our cover story, 'Single and Happy', interviewed a cross-section of single women professionals-writers, architects and film personalities. Besides not having plans of marriage, these women were happy, successful and living life on their own terms. "As a single woman myself," she says, "I found a lot of strength in the stories of these women defying odds with their choices."

India's policymakers, too, are waking up to this significant demographic. Last May, the government's draft national policy on women recognised the single woman as an independent entity for the first time. It talked of creating a "comprehensive social protection mechanism" to address issues of social isolation and difficulties in accessing ordinary services. The most radical change came in 2017 when the government facilitated adoption by single women. A significant acknowledgement of the fact that single women are here to stay. They can have fulfilling lives without getting married and with their heads held high. This change has to be saluted.

(India Today Editor-in-Chief's note for the cover story, Single and Happy, for October 21, 2019.)

Also read: Busting pregnancy myths: 6 mistakes most pregnant women make and how to avoid them

Post your comment
#Women Empowerment, #Census 2011, #Motherhood, #Single women
The views and opinions expressed in this article are those of the authors and do not necessarily reflect the official policy or position of DailyO.in or the India Today Group. The writers are solely responsible for any claims arising out of the contents of this article.