Why I take offence to your #MyMoods ad, Starbucks

Since when did you sell sexism as fresh coffee?

Starbucks has been the go-to place for the mall-trotting public and the millenials like me for that perfect cuppa. We are served a caffeine fix at exorbitant prices, but then "It's not just coffee" they claim, and we are sold.

However, sample its fresh, new #MyMood #MyStarbucks ad series, and it seems like the American coffeehouse chain (run in partnership with Tata Beverages in India) is trying its hand at another flavour. One of the ads says, "My 'Stylish new profile pic' Hazelnut Caramel Macchiato-Extra Hot", with an immaculately-dressed gorgeous dusky woman on the cover.

Now what's wrong with that?

"Let your mood decide what you want to drink. Personalise your beverage..." is what gets the pot boiling. Do we smell sexism, Starbucks?

Had you shown me the coffee inside the mug in the woman's hand (which, to give you credit, you do with other #MyMood ads) it would be just fantastic. But then, it leaves a bad taste in my mouth when instead of promoting the range of beverages you promise to deliver based on my moods, you go on to objectify females and call them (read: the coffee, here) "Extra Hot".

And, when a section of the Indian middle class wears brand Starbucks on its profile picture like a status symbol, what kind of distorted message is the MNC trying to send?

Really, what mood did you just set?

Is a sexist status what you want to sell with coffee, especially in a country where being a woman "available in all colours, sizes and shapes" is a task in itself?

Now, let's look at this one: 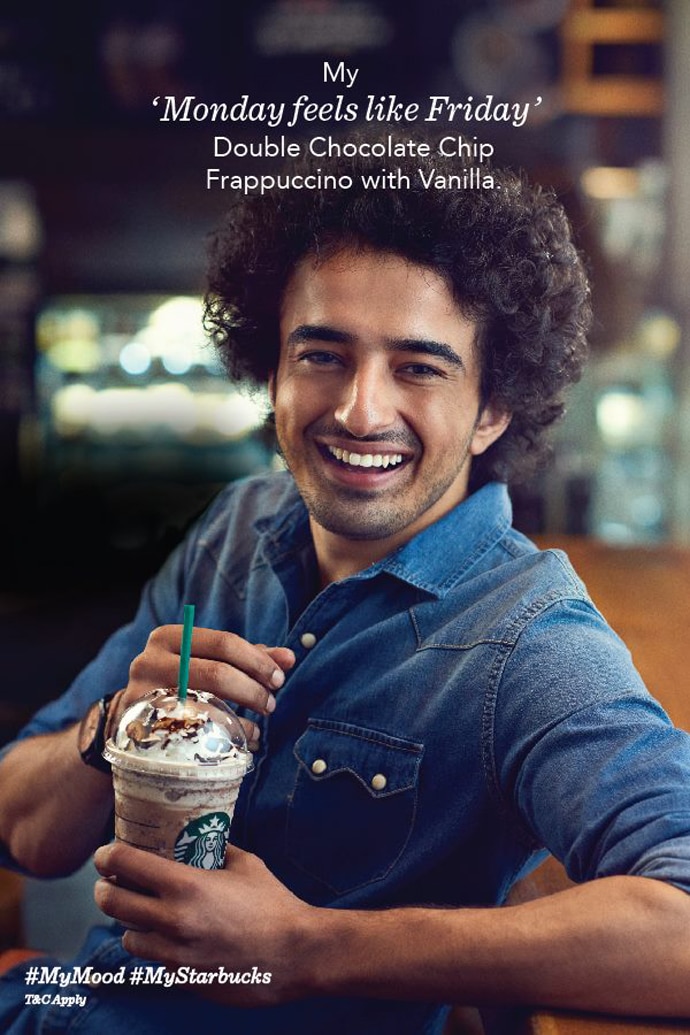 Does the fairly fair-skinned guy just happen to be drinking a "Double Chocolate Chip Frappuchino with Vanilla"? He gets denims and the uber cool look. And that must be because men are supposed to be portrayed as "cool"?

And the roast doesn't end here. There's another one: The "good-for-nothing" girlfriend/partner/wife will drop everything she's doing because "He's busy watching cricket" and have a Starbucks coffee? Apparently, there's a major dearth of ambition in the Indian female species.

But wait, you contradict yourself in another ad here: Are you seeing things clearly, Starbucks?

Incidentally, a Starbucks outlet in Saudi Arabia reportedly denied entry to women after noticing that "the 'gender barrier' inside the coffee shop had been compromised". They were instead urged to send in their drivers to collect their order.

Is India going the Saudi way or is the idea of selling coffee too much for you?

Time you smelled some of that caffeine you served, Starbucks.

Post your comment
#Sexism, #Advertising, #Starbucks
The views and opinions expressed in this article are those of the authors and do not necessarily reflect the official policy or position of DailyO.in or the India Today Group. The writers are solely responsible for any claims arising out of the contents of this article.