Super 30 and a super-brown Hrithik Roshan: Why I think the heavily bronzed Hrithik is an insult to the man he's playing

After much ado about nothing and Twitter trials about the release date, actor Hrithik Roshan’s Super 30 has finally hit cinema screens. So far, the movie's done as I had personally expected — an average of 2 stars from film critics and a gushing 5 stars from certain brown-nosing celeb camps.

But I personally cannot get over the heavy-handed bronzer laden-Hrithik — and the fact that the filmmakers expect the audience to buy this visual as a prerequisite of 'poverty'.

Hrithik is not even the only one to resort to this quite cheap tactic — and unfortunately, he won’t be the last either.

You may argue that if done by an Indian actor, the clearly fake 'brown face' is not necessarily racist.

Well, you may be right — it may not be racist.

So faux, so not good: Hrithik Roshan's faux bronze look is all about a class bias. (Photo: Screenshot/Super 30)

Giving examples of popular brown facing from the past, such as Ben Kingsley (Mahatma Gandhi) or Aamir Khan (Lagaan), is also not justified. Why? Because now, with all the cultural appropriation debate, we should know far better than to continue a past injustice.

It is as ironical as encouraging sati in 2019, just because it used to happen in the past.

We have moved on — we know better now.

We all get it that it is 'cinema' — irreverent entertainment that is certainly not supposed to be taken seriously. And clearly, nobody was expecting the 5 foot, 11 inches tall, light-eyed, golden-haired and definitely-not-balding Roshan to transform into the 5'6" tall mathematician Anand Kumar — your common Indian man — slaving away to make ends meet.

So, to pick out just two particular aspects of Kumar’s personality — his complexion and his accent — is, to my mind, only shoddy acting prep.

If this was indeed done in the name of staying true to the character, then shouldn’t Hrithik have also opted for, at the very least, black contact lenses and straight black hair — that recedes towards the later part of the movie? 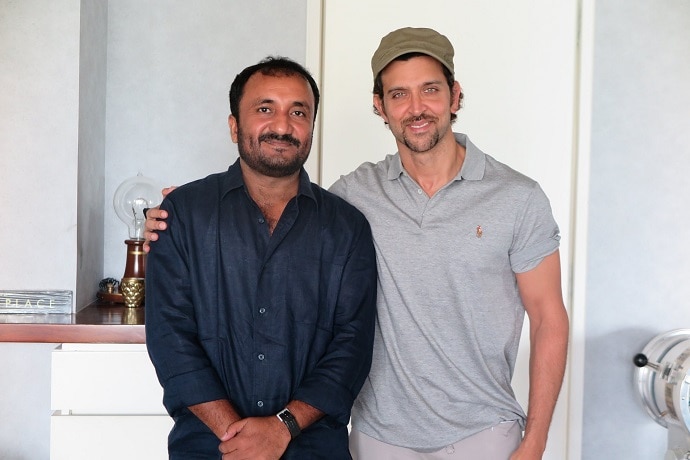 Look beyond the obvious! Anand Kumar is more than just a skin colour that's supposed to denote his identity. (Photo: Facebook/Anand Kumar)

Evidently, to Hrithik, and many of us, a man’s deprived social and financial status is judged based on the colour of his skin and the unpolished-ness of his accent.

Then, to take this bronzed, misinformed vision and transform it unthinkingly onto a big screen is in bad taste.

Selling star kids in the name of art

The brown face debate also leads to the evergreen issue of nepotism. Clearly, if at all the darkening of the skin is done in the name of 'creativity', then I think the makers of Super 30 had it wrong right from the get-go — with the casting.

Casting Pankaj Tripathi alongside a contouring-gone-wrong-looking Hrithik is probably an insider joke because it makes it painfully obvious how Tripathi would have been a better fit for the role in every way — with or without bronzer.

And, because being dark-skinned is seemingly so important for playing Anand, I refuse to believe that there are no dark-complexioned actors in Bollywood who could have done it better (hint: Vicky Kaushal, Rajkummar Rao and Nawazuddin Siddiqui). Even when pursuing a similar agenda for Slumdog Millionaire, the makers cast actors who fit the role — rather than denting and painting the actor to suit it.

It is painfully obvious that Roshan was chosen as the ringmaster of this hot mess only because of his star power.

In a day and age, when nepotists are often called out and films are judged for their content rather than their exotic locales or item numbers, this move is totally reductive.

At the end of the day, you cannot selectively exercise 'creative freedom' to suit your own agenda.

A brown face without rhyme or reason is a worse affront when it comes from an insider — an Indian.