Swacch Bharat: Prime Minister's flagship mission has a seven-year-old taking her father to the cops

A seven-year-old went to lodge a police complaint because her father procrastinated building a toilet.

When we spoke to her over the phone, A Valarmathi — sub-inspector at the Ambur All Women Police station, district Vellore — could not contain her pride, or stop gushing over the seven-year-old Hannifa Zara who came to her for help on Monday afternoon (December 10).

“When I saw this young child entering the station, I suspected and was worried that it might be a case of sexual harassment. However, this child with twinkling eyes approached me and said, 'Police Aunty! Please arrest my father. He has cheated me.' I was taken aback but decided to humour her and asked her what had happened. Her response left me aghast. 'My father has been promising to build a toilet in the house for two years now. He said he would do it if I secured the first rank. I have stood first in every exam and competition ever since. He has still not built the toilet and I am embarrassed to defecate in the open. My teachers also say that open defecation is unhygienic, but I am ashamed to tell them that we do not have a toilet at home. My father has not kept his promise. Please arrest him,' she reiterated. The clarity in her thought and expression bowled me over,” says Valamarthi.

Hannifa had a hand-written application, and a bag of certificates and medals to prove that she had indeed aced every competition and academic event she participated in.

When we spoke to her, Hannifa’s mother, 25-year-old Mehareen, says, “The girl refused to eat properly, worrying that the pressure would build and she would have to relieve herself in the open. However, I also understood my husband’s position of having no money. He was employed in a canteen in Rameswaram when we met. We eloped, and he converted from Hinduism to Islam to marry me. Our families ostracized us. He lost his job, financial support from his family, and has been doing odd jobs to make ends meet. We don’t even have proper power supply in the house.”

However, Mehareen had to give in when Hannifa went on a hunger strike for two days from Saturday (December 8) onwards.

She insisted that her mother accompany her to the police station.

“The girl has not spoken a word to her father for over a year now since he has not built a toilet for her,” Mehareen adds. 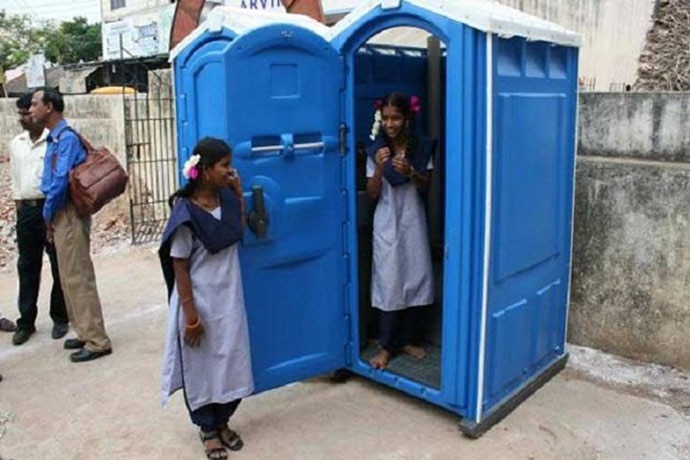 A seven-year-old from Ambur lodged a complaint against her father for not constructing a toilet in their house (Representational Photo: PTI)

“I called Ehsanullah — Hannifa’s 30-year-old father — to the police station at her insistence. He came, saw his wife and daughter, and was very apprehensive fearing the worst. When I told him why Hannifa was there, Ehsanullah broke down and explained his financial predicament. Hannifa then asked me if I could help her,” Valarmathi recounts.

It was then that Valarmathi called the officials from Ambur Municipality and informed them about the issue. When sanitary officer Subramani arrived, Hannifa impressed him as well with her seriousness on the issue.

Moved by her insistence, Subramani got the toilet completed within two days.

Before leaving the police station on Monday, Hannifa warned her father that she would write to Modi Thatha (grandfather) if the toilet was not built.

Valarmathi brokered peace between the father and daughter and made her shake hands with her father.

Hannifa was still sceptical, Valarmathi laughs. "I can never forget the sight of her walking out of the station holding her father's hands after personally thanking each and every one of us in the station — from the boy who got her water, the constable who got her the chair, me and Mr Subramani," she says.

Hannifa could not wait to use the toilet on Wednesday morning (December 12) and has gone around telling all her friends that they have a new toilet because of “police aunty and Subramani uncle” says Mehareen. 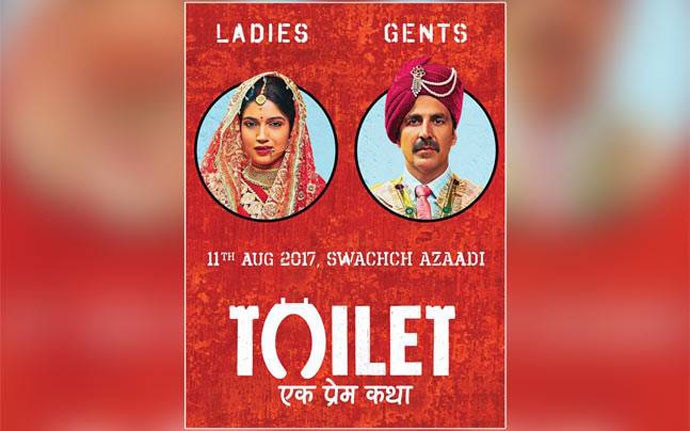 Hannifa has now been named as the ambassador of Swacch Bharat in her district, and Vellore collector S A Raman has promised to felicitate her, added the proud mother.

“My husband has been teaching her to be bold and approach the police if she had any complaints or grievances. He never thought it would come back to bite him,” Mehareen laughs.