Daily Recco, June 22: For the love of The House on Mango Street

Travel into Esperanza Cordero's world led by author Sandra Cisneros as they portray the sadness, desperation, hope and determination to leave it all behind on Mango Street in Chicago of 1980s.

The Chicago of today is vastly different from what it was four decades ago. While that is true for Americans, it is more so for immigrants.

Take for example Esperanza Cordero, a 12-year-old Chicana girl growing up in the Hispanic quarter of Chicago — the protagonist of The House on Mango Street (1984)

The coming-of-age novel by Mexican-American author Sandra Cisneros, The House on Mango Street focuses on the lives of those in impoverished neighbourhoods of the Windy City, and the determination to leave the suffocating atmosphere behind. The narration is based on a series of vignettes woven around Esperanza’s neighbours, where Esperanza herself is the central figure. 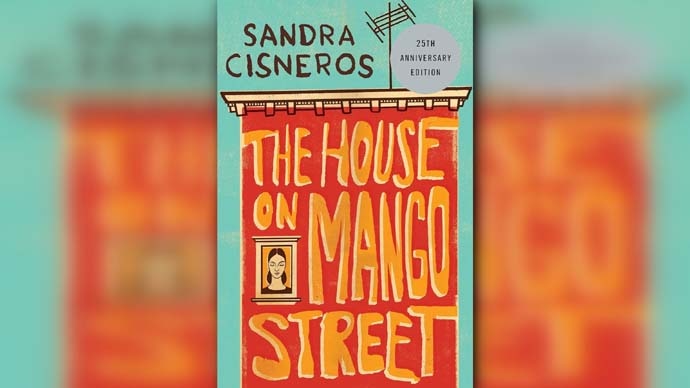 The life and dreams of the Corderos are built the promised land of a house of their own. However, the house that they find on Mango Street in Chicago is far from the promise. It is a run-down block of crumbling red bricks, and Esperanza’s parents overcome their dejection with yet another promise — that the house is not the end of their search for the perfect house.

The protagonist draws a lot of similarities with the author. For starters, both Sandra Cisneros and Esperanza Cordero are Mexican-American girls, born and raised in Hispanic neighbourhoods in Chicago. In many interviews Cisneros underlines many of her personal experiences shaping her idea of Esperanza’s life and outlook. Yet, Esperanza’s life seems marginally better than Sandra’s with her siblings around. Sandra has often mentioned how she was "the only daughter in a family of seven children" and often felt isolated as the only girl in a family of boys.

On the days when the blazing summer heat makes it stiflingly hot, step into the world of Mango Street. Despite the seemingly urbane upbringing, you will be surprised at the similarities you find with each of the characters, as they transverse through the vagaries of life battling the everyday struggles including domestic violence, puberty, sexual harassment and racism.

The House on Mango Street was on The New York Times Best Seller list and is the recipient of several major literary awards, including the American Book Award from the Before Columbus Foundation. However, that is not why we say that it is indeed one of the finest books on finding a home and relationships, understanding their value, holding on to them, leaving and eventually returning to what you could call your own place.

Also Read: Little Women who are relatable across generations

#Novel, #Coming of age novel, #Sandra cisneros, #The house on mango street
The views and opinions expressed in this article are those of the authors and do not necessarily reflect the official policy or position of DailyO.in or the India Today Group. The writers are solely responsible for any claims arising out of the contents of this article.