Questions, Curiosity, Accusations: The story of a divorced Indian man

He had always thought divorce was a private affair. He was so very wrong.

What’s in a name? Nothing at all. So, I shall not name the divorced male protagonist of this story.

A corporate professional in his mid-40s, he married his girlfriend seven years before this story begins.

The relationship withered away in less than three years, leading to separation, followed by divorce. Divorce is difficult enough to deal with alone. But prying people can make it worse. (Photo: Reuters/file)

An introvert by nature, this man had become reclusive after the script of his marriage wrote its last few lines.

“Did divorce push you towards depression?”

“It had,” he confessed, adding that, “life had started looking up in recent months.”

“Time is a graveyard where heartbreaking memories get buried. You are young and bright enough to have new goals in life,” I tried to assure him.

What I said sounded like hollow sermonising, which he possibly understood.

For a while, he sat and stared at the mist of smoke billowing out of a burning cigarette on the ashtray.

Then, he started sharing his experiences.

He had known for a long time that many unhappy marriages ended in divorce in modern-day urban India, unlike earlier.

Divorce was a deeply personal decision, which people known to the couple respected without being didactic or curious.

That’s what he felt.

“Both of you seemed so cheerful and happy in each other’s company. What went wrong between the two of you?” When an elderly neighbour asked this question, he had been startled at her audacity.

He mumbled rather incoherently that he and his former wife were “very different people” who were in love until they started living together after marriage.

The lady didn’t ask anything further. 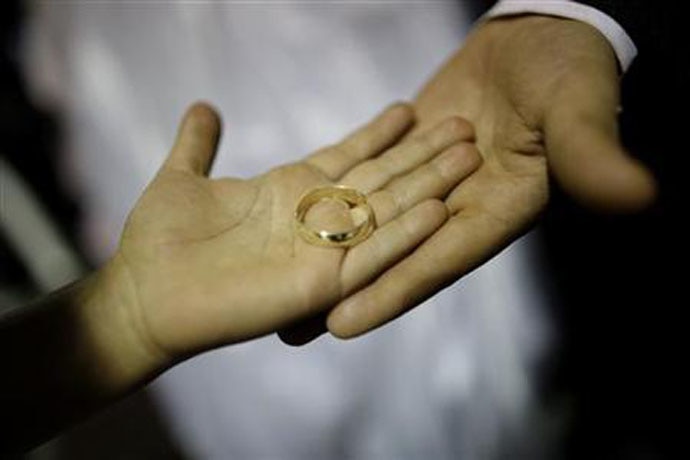 Divorce can have the most mundane of reasons. All of those need to be respected. (Photo: Reuters/file)

Then came the day when a friend insisted, “Come on, you can tell me. Were you guys having too many fights?”

“No, we weren’t. In any case, how does that matter to you?” he responded angrily.

“Generally asking, man. I thought we are close friends. So….” He stopped talking midway.

He didn’t reply and walked off.

Prying friends and relatives believed they could say anything and get away with it. An aunt even asked whether the two of them were ‘sexually incompatible’ — a needless question that left him speechless.

He was never in a mood to explain that marriages could die because of unexciting reasons. Every sad story did not have a complicated plot.

One person might be an introvert, like he was, which the outgoing partner can discover much later. It can disintegrate because partners fail to adjust with each other’s habits — which need not mean alcoholism, drug addiction or infidelity. One of the two can be an early morning person and the other a late riser. Things can get worse if one of them is an animal lover who gets a dog home, which the partner resents.

Life is not a series of predictable happenings. Surprises have a habit of making frequent guest appearances — which is something no questioner wants to understand.

“Hey, please don’t mind my asking this. But was she seeing somebody?” a former colleague asked in a conspiratorial tone one day.

“No, she wasn’t. Now she has several handsome and accomplished boyfriends. All of us meet up frequently. Happy?” He lost his cool that day.

The colleague murmured a hasty apology and looked the other way.

Maybe this is what happened with everybody. Or maybe, he was distinctly unlucky.

What he realised soon was that divorce was not a private affair.

Too many people took interest in other people’s lives — especially when a part of it spun out of control. Marriages can disintegrate because partners fail to adjust with each other’s habits. (Photo: Reuters/file)

Nosiness led to questions, while the particularly impetuous ones flung accusations.

“You must have been mean to her. Men are like that. She was such a nice girl,” a female friend made a sweeping generalisation one fine morning.

“Yes, she was, and is a nice and kind person. We parted ways because the romance had disappeared. Neither of us understood why,” he answered patiently, adding, “By the way, do you mean a woman never falters in a marriage and the man is always wrong?”

“The man is always wrong,” she replied with conviction in her voice.

That, then, is the story of the divorced corporate professional I have known very closely. Questioned and judged, he tried to disappear from public view after work during his initial days as a divorced man.

He has started socialising in recent months. Whenever he steps out of home, however, one thing he always expects is a brand new question.

Also read: How to beat the self-doubt blues?